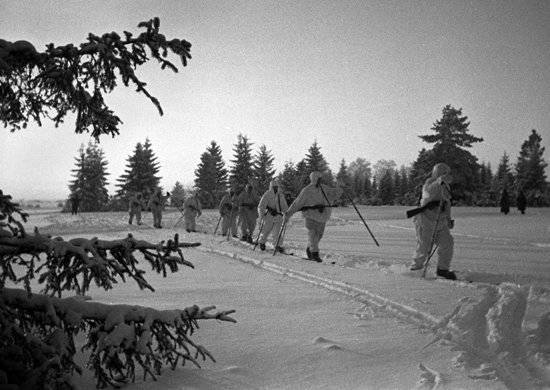 By the beginning of December, the last assault on Moscow had run out, the German command had exhausted all its reserves and began to switch to defense. German 2nd Commander tank Army Guderian was forced to admit that the advance of Army Group Center on Moscow failed. The Soviet command correctly identified this moment and launched a counterattack. On December 5-6, 1941, a Soviet counter-offensive began in the battle of Moscow. The offensive was attended by troops of the Kalinin Front under the command of Colonel-General I.S. Konev, the Western Front under the command of Army General G.K. Zhukov and the right wing of the Southwestern Front - Marshal S.K. Timoshenko.

Fights from the very beginning took a fierce character. December 8 Commander-in-Chief of the German Armed Forces Adolf Hitler was forced to sign Directive No. 39 on the transition to defense throughout the Soviet-German front. The Red Army, despite the lack of superiority in manpower, tanks and guns, difficult environmental conditions, already in the first days of the counteroffensive broke through the defenses of the German troops south of Kalinin and north-west of Moscow, cutting off the railway and the Kalinin-Moscow highway and freeing a number of settlements. It should be noted that the Soviet troops achieved victory, yielding to the enemy in the number of soldiers and technical means. Personnel: Red Army - 1,1 million, Wehrmacht - 1,7 million (1: 1,5 ratio); tanks: 744 vs. 1170 (ratio in favor of the Germans 1: 1,5); guns and mortars: 7652 vs. 13500 (1: 1,8).

Simultaneously with the troops that were advancing north-west of the Soviet capital, they launched a counteroffensive in part of the left wing of the Western and Right wing of the South-Western Front. Powerful attacks of the Soviet troops on the flank groupings of the German Army Group Center, which were intended to reach and surround Moscow, forced the enemy command to take measures to save its forces from total defeat.

By the beginning of January 1942, parts of the right wing of the Western Front made their way to the line of the Lama and Ruza rivers. By this time, the Kalininsky Front reached the line Pavlikovo, Staritsa. The troops of the central grouping of the Western Front 26 December occupied Naro-Fominsk, on January 2 Maloaroslavets was liberated, and on January 4 Borovsk. The offensive of the Soviet troops was developing successfully on the left wing of the Western Front, as well as in the Bryansk Front, under the command of General Y. T. Cherevichenko. In general, the 7 January counter-offensive near Moscow was completed. 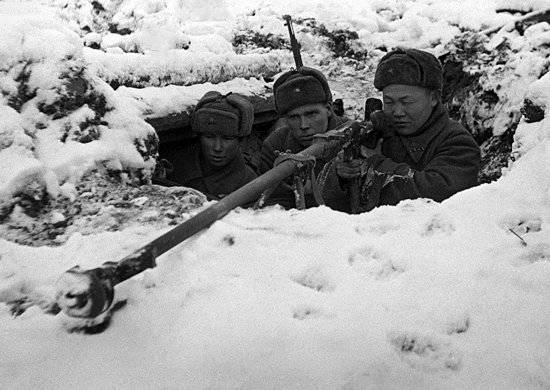 As a result of the Soviet counteroffensive near Moscow, the most important event occurred - for the first time in World War II, the invincible Wehrmacht was stopped and then defeated by the Red Army. German troops were driven back from the Soviet capital on 100-250 kilometers, the threat of the capture of the most important economic and transport center of the USSR and the Moscow industrial region by the enemy was removed. The success was obvious, and its significance went far beyond the limits of a purely military task.

It was near Moscow that the Germans for the first time in World War II began to lose their strategic initiative and received a strong blow, the “invincible” German soldiers flinch and run. The strategic plan of Berlin - “blitzkrieg”, was finally failed. The Third Reich was faced with the threat of a long, protracted war of attrition, for which the German command was not ready. The military and political leadership of the Reich had to urgently develop a new plan of war, rebuild the economy for a long war, and search for huge material resources. This was a serious miscalculation of Berlin. The USSR turned out to be much stronger than the Nazis thought. Germany was not ready for a protracted war. To maintain it, it was necessary to radically restructure the entire German economy, its foreign and domestic policies, not to mention military strategy.

The German army during the battle for Moscow suffered huge losses in personal strength and equipment. So, from the beginning of October 1941 to the end of March 1942, it lost about 650 thousand people who were killed, wounded, and who lost their lives. For comparison, during the entire military campaign in the West in 1940, the Wehrmacht lost about 27 thousand people. During the period from October 1941 to March 1942, German troops lost 2340 tanks near Moscow, while German industry was able to produce only 1890 tanks. Big losses, which could not be fully compensated by industry, suffered aviation.

During the battle for Moscow, the strength and morale of the German army were broken. From that moment on, the power of the German car began to decline, and the strength of the Red Army was constantly increasing. Of particular importance to this strategic success is the fact that victory was achieved with the superiority of the Germans in manpower, tanks and guns (the Red Army had an advantage only in aviation). The Soviet command was able to compensate for the shortage of soldiers and weapons due to the successful selection of the moment of the transition to the offensive. The German offensive was exhausted, units were drained of blood, exhausted by long battles, reserves were spent. The German command has not yet had time to go over to strategic defense and build defensive orders, to prepare well-fortified positions. Moreover, Moscow managed to achieve a surprise attack. The German command was confident that the Red Army was also drained of blood and could not deliver heavy blows. The Germans were not ready to parry an unexpected strike. As a result, the suddenness of the strike became one of the main success factors of the counteroffensive. In addition, the Soviet command in the difficult battle for Moscow was able to prepare the reserves. Thus, 2 armies, 26 rifle divisions and 8 cavalry divisions, 10 rifle brigades, 12 individual ski battalions and about 180 thousand marching reinforcements were attracted for the development of the counterattack.

Another factor that led to the victory of the Red Army near Moscow was the high morale of the Soviet soldiers. The courage, perseverance, perseverance of Soviet soldiers and commanders, the ability to emerge victorious in the most difficult conditions, allowed us to win over the Wehrmacht’s first-class combat vehicle.

Victory near Moscow was also of great political, international importance. All the peoples of the world learned that the Red Army was able to beat the German troops. There is no doubt that success near Moscow had a great influence on the further course of both the Great Patriotic War and the entire Second World War as a whole. This victory was the key to a systematic build-up of the efforts of the entire anti-Hitler coalition. The prestige of Nazi Germany and its European allies fell heavily. The defeat of the Wehrmacht near Moscow had a sobering effect on the Japanese and Turkish ruling circles, from which Berlin demanded an open statement against the USSR. Japan and Turkey were waiting for the fall of Moscow to take the side of Germany, but now they again began to wait. 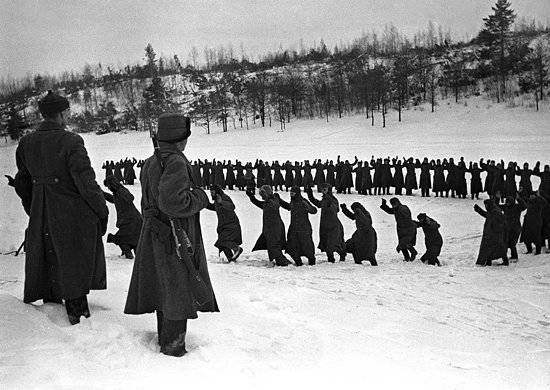