Slipped, fell ... Awoke ... Reflections on the theme of the materialization of mental ideas 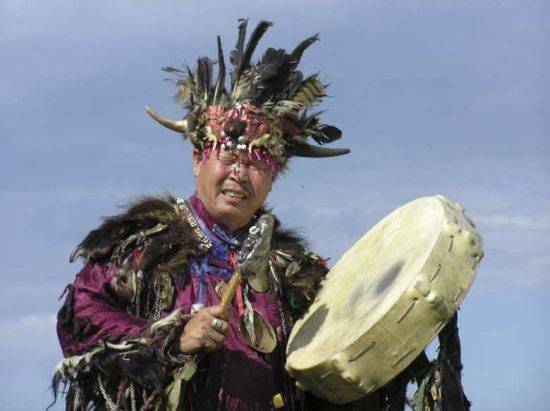 InoSMI coupled with homegrown "all-human" again pleased ... One gets a strong impression about the "incomplete official correspondence", and maybe even about the complete discrepancy ... official. However, in order:

Russian Foreign Minister Sergei Lavrov broke his left hand in an Istanbul hotel, reports CNN Turk. According to preliminary information, a fall from the stairs led to the injury. The head of the Foreign Ministry was immediately taken to the hospital and put in a plaster. On the eve, Mr. Lavrov flew to Turkey as part of the official delegation to attend a meeting to discuss Russian-Turkish cooperation.

"Oh, something back has ached!"
President Putin during a visit to Turkey. They write that there was a “injury” on the back there ... Meanwhile, Foreign Minister Lavrov in Turkey himself received, according to the official Russian media, a “minor sports injury”, but as a matter of fact, he broke his arm. This is probably for the company: not only one national leader to suffer! The national leader now, probably, will award Lavrov for sensitivity ...

As Alterfax agency told us, Lavrov really broke his arm in Istanbul.
Falling down the stairs, he landed successfully on his Turkish counterpart. Doctors report that the condition of the Turkish diplomat is stable, plaster cast.

Minister Sergey Lavrov of Turkey broke his arm when he carried on his arms to the bed of Vladimir Putin, who found it difficult to move.

While on vacation in Turkey, while at the same time carrying out some kind of diplomatic mission, the Minister of Foreign Affairs of the most foreign for its citizens, the state broke its arm.

The press service of the Ministry of Foreign Affairs of the Russian Federation confirmed that the hand was broken precisely during the rest, and not as a result of excessive enthusiasm of whiskey or scorched vodka during the official reception in honor of distinguished guests. True, at first she called a message about a broken arm absurd, then told about a new sport on the landing ... (Forbes).

About the event they also write: Lenta.ru, Gazeta.Ru, Echo of Petersburg, etc.

The media are sad about the broken ministerial arm, and not a word is said about the distorted foreign policy.
As if it’s customary to regret the hair when you lose your whole head ?!

- The Russians will have to worry again because of the health of the authorities: Russian Foreign Minister Sergei Lavrov broke his arm during a visit to Turkey. The circumstances of the incident are currently unknown, according to CNN Turk. The Foreign Minister is currently on a formal visit to Istanbul with President Putin. While world leaders were trying to reach a common opinion on the settlement of the Syrian conflict, journalists were more concerned about Putin’s health. Of the numerous photographs taken the day before, it follows that Vladimir Putin was in severe pain in his back - to the extent that Turkish Prime Minister Recep Tayyip Erdogan helped Vladimir Putin sit in the chair.

“Temporary health problems of the head of state may be used to update his image: instead of a macho, we’ll see a calm sage, an“ wise patriarch of Russian politics, ”writes Nezavisimaya Gazeta. The publication was able to get acquainted with the report intended for one of the governors. The document explains the anti-corruption campaign, states that the president plans to get closer to the liberals and distance himself from the siloviki, and also says that temporary problems with the health of the head of state will be used to update his image. The first hints of changing the image should be sought in Putin’s message to the Federal Assembly, the newspaper writes.

Normal such a change of image. First I sent the Fed Congregation, then I broke Lavrov’s hand.

Alpha male he is so stern.

But the photo used by foreign media: 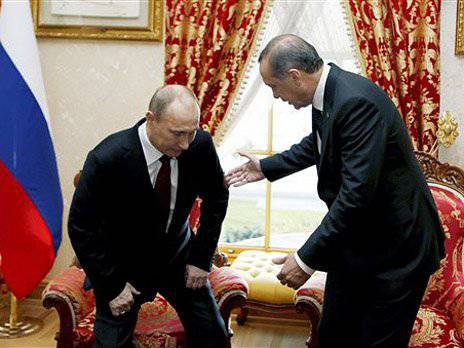 By the way, if you watch the video of this moment, then everything falls into place. Nobody helped Vladimir Vladimirovich to sit in the chair, it was just an inviting gesture pointing to the chair. They do this everywhere and always. However, CNN having chosen a photo of an unsuccessful view (now everyone is taking pictures, we just delete such photos, right?), I would say a frank marriage, used it in my dances with a tambourine! Shamanism? Materialization of mental ideas? Attempt to wishful thinking ???

That's interesting, but what, this is such a new fashionable trend of the opposition always for foreign media - to attribute to politicians who do not like them (and the pepper is clear that apart from Putin, the most hated - Lavrov) are more terrible diseases? The back hurts - cancer, the arm pulled - broke, sneezed - tuberculosis, stomach hurts - cholera?
This is such natural shamanism. Even worse. Primitive communal magic. I painted a defeated tiger - it means I almost won. :)
But, however, the use of this technique (and I am confident in 200% that it was invented and agreed) speaks first of all about using it. About their level of development. Unnecessary dances with Oor to the Mother of God and full support of these dances by "our intelligentsia" from the same opera.

By the way, the Russian Foreign Ministry has denied the fact of a broken arm at Lavrov.

The press service of the ministry called absurd information about the hospitalization of the Minister. They clarified that when the minister fell, he received a "minor sports injury", which will not affect his work schedule and Lavrov will soon take part in the meeting of the Russia-NATO Council in Brussels, "- RIA reports News.

The news that the Russian Foreign Minister broke his left arm in the wrist area, having stumbled on the stairs in a hotel, was spread by the Turkish service of CNN and picked up by the world media.

Note that it is not the first time when journalists are trying to create a sensation on the "problems" with the health of representatives of the Russian leadership. Earlier, the media reported on the alleged serious injury to the back of the Russian president and the urgent operation he needed. Presidential spokesman Dmitry Peskov said in response that the head of state has only a small sports injury.

It seems to me that it is time for managers and customers of a similar hype in the media to draw conclusions about the incompetence of performers. As we say: "about incomplete compliance." As far as the materialization of mental ideas is concerned, in the East they say: “How many do not repeat - halva, and in the mouth it will not become sweeter!”