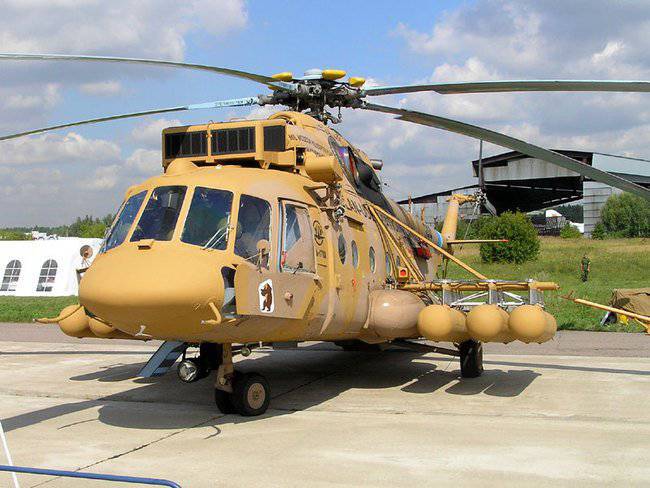 The type of helicopters is not reported, but unofficial Nigerian network sources claim that six of the nine helicopters ordered are of the type Mi-171Sh. The other three, according to various assumptions, can be either of the type Mi-35 or Mi-17B-5.

The Nigerian Air Force last acquired helicopters in Russia in 1999, when Nigerians were contracted to purchase six Mi-35P combat helicopters (delivered in 2000, flight numbers NAF-530 - NAF-535) and nine light Mi-34C helicopters (were delivered in 2001-2002, on-board numbers NAF-550 - NAF-558). The implementation of this contract had scandalous consequences, because, as it turned out, instead of Mi-35P helicopters agreed to by the contract, Nigeria’s used Mi-24P machines after the overhaul were supplied, and the gear of the Mi-34C helicopters delivered to Nigerians was no more than 300 hours As a result, all of the Mi-34Cs were pulled to jokes after at most three years of operation.