Andrei Vajra: “Ukrainian Putin” is possible, but not “Ukrainian,” but Little Russian 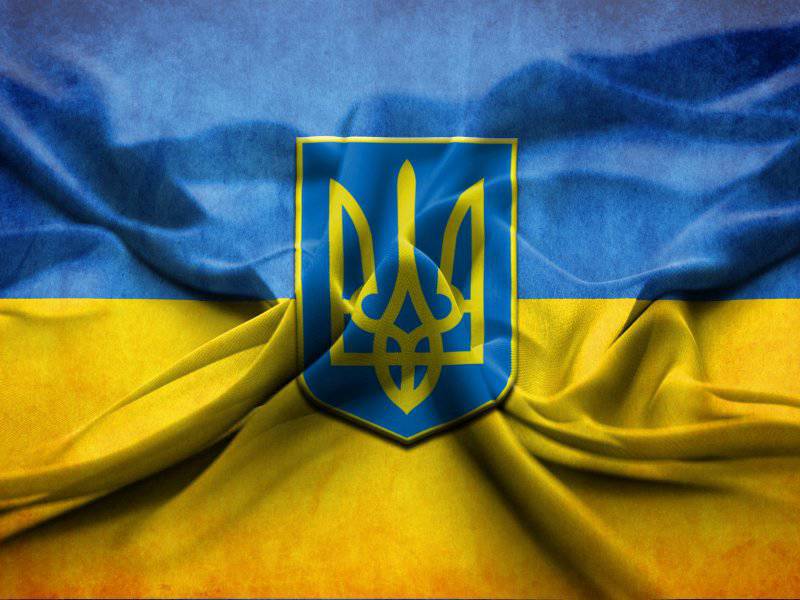 - Good day, Andrey. I will begin with a question that interests me personally, tell me, can a forecast influence the future course of events?

AV: Your question actually goes beyond simple physics. The concept of “future” itself is a pure product of human consciousness. Like the "past." In reality, there is no future, no past. They exist only in consciousness. Everything beyond consciousness exists only here and now. In fact of availability. That which does not fit into this fact of presence does not exist.

For example, a person plays billiards. His mind and body are trained on the perception of a causal relationship between the force-directionality of a cue hit on a ball and the trajectory of movement of this ball. A ball falling into a pocket is a good prognosis for a billiard player. This is a metaphysical game of consciousness with pure physics. At the same time, the forecast (the idea of ​​a ball pushed into a pocket) directly affects the events (movement of the body and hands).

What ultimately turns out? Just what you said, the impact of the forecast on current events.


- That is, after all, the forecast can change the future?

A.V .: Yes. In the most direct way. It all depends on the goals and skills of the one who predicts. From his ability to metaphysically play with pure physics and human consciousness with the help of words, meanings, ideas.

Incidentally, in many ancient cultures this was well understood. For example, you can take the Germans. Their pre-Christian culture. The supreme god of the ancient Germans is Odin. On the one hand, he was an unsurpassed warrior, and on the other, an unsurpassed master of the magic of words. Having nailed himself to the sacred tree of Yggdrasil, he doomed himself to many days of torment, and being, as they say now, in an altered state of consciousness, he discovered runes magic, the manipulation of which allowed him to magically influence people and nature.

Buddhists talk about the same thing. The word is no less material than the objects of the physical world. And the word in the hands of the initiate can become a factor of powerful influence both on people and on the inanimate world.

In my opinion, not only the forecast, but any correctly chosen and used word that carries a meaning influences events. And the more people hear this word, the more massive the impact. But this does not mean that if everyone wants to reach a megaphone, newspaper or television channel, he will be able to influence something or someone. Thousands speak publicly, but only a few are heard by the masses. They write hundreds of thousands (in the age of universal literacy and the Internet), but they read only a small part of the writers. All others create a background.


- You have never experienced the illusion of the Party of Regions regarding the pro-Russian nature. Tell me, are there any external circumstances that can make them go to rapprochement with Russia?

AV: Of course there are. The main circumstance capable of forcing the Party of Regions to go towards rapprochement with Russia is Russia itself. More precisely, its political leadership. Re-read The Godfather is a reference book of modern politics. Sooner or later, Vladimir Vladimirovich will make Viktor Fedorovich such an “offer” that he cannot refuse. But, of course, before this the Russians need to conduct a series of preparatory activities. They are now consistently carried out. Therefore, it is possible that we will all wait for the “proposal” mentioned by me. In financial and economic terms, Ukraine is on its last legs.

- Is there a chance of a split in the "Party of Regions"?

AV: Of course. There is even the possibility of a palace coup. Already, there are many dissatisfied within this party. "Family" is prone to selfishness. Greed rolls over. This is reflected not only in mere mortals, but also in the political guards of the “regionals”. Already, among them there are a lot of those who have not received the desired. And no longer receive. It is an excellent breeding ground for a variety of splits and conspiracies. It is necessary only to give the slack to the “family”, and the most unexpected events may occur.


- Are there people among the “regionals” who you personally like?

AV: Mykola Azarov is sympathetic to me. With all its flaws and weaknesses, it looks more than positive against the general background of the “regionals”. In my opinion, in mind, culture, professionalism, it is in PR - a foreign body. I will say sedition, but in the presidential chair he would be more optimal. In the position of prime minister he is a hostage of the “collective” in which he is.

I like Dmitry Tabachnik. Again, like Azarov, according to his mind, culture, professionalism, he is in the PR - a foreign body and a hostage of the “collective”. He is not perfect. But everything is relative. Compared with the rest of the leadership of the PR, and, even more so, the "svidomi" of various colors, it is just a human being.

I like Andrew Klyuev. His sanity and pragmatism. Of course, he is still the “beetle”. If you wish, you cannot write it down in the saints. But he is extremely adequate. In our times, this is a rare quality. And who among us can be counted among the saints?


- Do you see people in Ukraine capable of ruling the state, understanding the depth of the existing problems?

AV: I do not see. Yes, and not seen. All of our state top managers are managers, at best, middle managers. In the ruling elite and among those who crowd around it, there are no people of a national scale. And every year the whole audience is shallow.

AV: Well, why is it impossible? It is possible! But not "Ukrainian", but Little Russian. The whole "Ukrainian" was initially set up on a small scale. A village can produce only atamans who jump along the steppes with a whoop or sweat in caches. They will always be the exhaust of an extra-historic village claiming something more. And the Little Russian urban environment may well give birth to political figures of the scale of Putin, and maybe even more. But as long as everything is trapped in the grip of the agrarian Ukrainians, the era of great personalities will not come here.


- How do you assess the chances of coming to power, "Ukrainian choice" Viktor Medvedchuk?


- Why is Ukraine so rich in Mazepa and Petlyur? Atamanschina Ukrainians in the blood?

AV: And what else can spawn a village? Take any “Ukrainian”, expand his intellect and culture to the necessary minimum, and he will automatically lose interest in any manifestation of Ukrainians. At the same time, we will receive either a Russian person or some European.


- Can federalization solve the problems of the split of Ukraine into the West and the East? How real is it?

AV: Real. If the fullness of the federal government in the country will be in the hands of representatives of the Russian Ukraine. A federation is possible if Galician Ukraine has everything it wants. Give the Galicians and their political followers everything they need (except politics and economics), but at the regional level. And all will be happy.

They do not want to know Russian? Yes, the flag in their hands! Who will be worse from this? In this case, first of all, your child, who speaks perfect Russian, when he grows up, will receive a prestigious job in a Russian company. And believe me, everything goes to the fact that all serious business in Ukraine will be Russian. Well, all those who do not speak Russian will get a job easier. Receiving the street with a large broom, cleaning toilets, raising pigs and kneading the mortar at a construction site is also necessary for someone.


- Is the collapse of Ukraine inevitable?

AV: In this world, the probable predominates over the inevitable. In this case, “decay” is a process. This process is underway. This fact is difficult to deny even the latest "Svidomo" idiot. I'm not for nothing that my big cycle of articles was called “DECAY”. And the final result of this process can only be assumed.


- What is the main problem of the Russian movement in Ukraine? Why don't Russians vote for “Russian parties”?

AV: The main problem of the Russian movement in Ukraine is the absence of this movement. I hope you understand that a small group of political balabolos trying to feed on the theme of the Russian-Ukrainian rapprochement cannot be called a Russian movement. And it is necessary to be completely sick in the head, in order to vote for these no matter how incapable balabolok.


- Let's dream up, if Andrei Vajra became president of Ukraine, what would be your first actions?

AV: Nuuu ... Sergey ... Even if such an incredibility is allowed, why should I lay my cards on the table? Let it be my little secret. On this occasion, I can only say one thing: by the end of the first presidential cadence of Andrei Vajra, our country will be different. Fundamentally different.