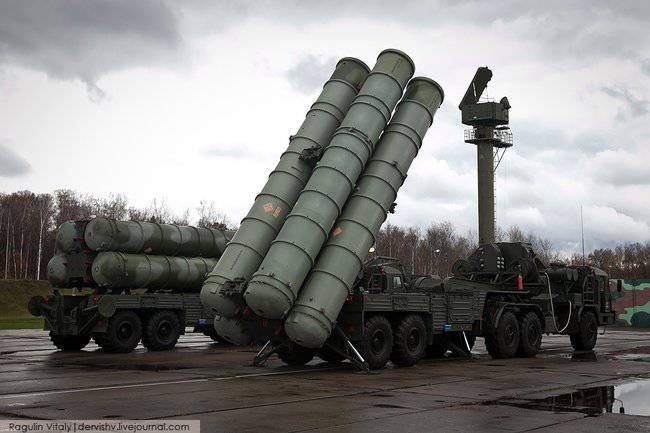 The Triumph C-400 anti-aircraft missile systems and the Pantsir-S anti-aircraft missile-gun systems (ZRPK) to cover the C-400 will go into service with the Aerospace Defense Forces in the new academic year. About this RIA News told the representative of the Ministry of Defense of the Russian Federation for VVKO colonel Alexei Zolotukhin.

Recall that the new academic year in the Armed Forces of the Russian Federation begins on the first of December.

He added that in the 2013 year, VVKO will take part in more than 100 operational and combat training events. The representative of the Russian Defense Ministry recalled that in the 2013 year at the Plesetsk cosmodrome, it is planned to begin flight tests of the Angara space launch complex, within which the first launch of the Angara light launch vehicle will take place.

VVKO is a new branch of the Armed Forces of the Russian Federation, which was formed in 2011 by decision of the President of Russia. Exactly a year ago, 1 December 2011 of the year, the first duty shift of the command post of VVKO was on duty.