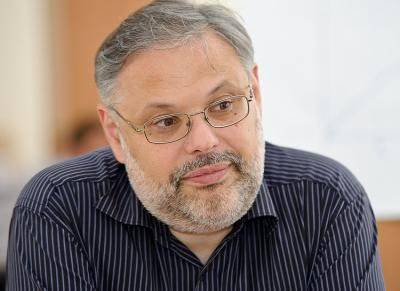 New EU plan. By overcoming the crisis, of course! All this is reminiscent of the old animated cartoon “Journey Around the World in 80 Days”, in which Phileas Fogg and Paspartu were confronted by Mr. Fix.

By overcoming the crisis, of course! All this reminds of the old animated cartoon “Journey Around the World in 80 Days”, in which Phileas Fogg and Paspartu were confronted by Mr. Fix, who after another defeat asked himself all the time: “Do you have a plan, Mr. Fix?” He answered: “Of course, I have a plan!” The European Union, as we see, also has a plan. And what did they come up with (texture taken from the site gazeta.ru)?

To begin with, as it should be, a statement of facts. “The crisis with which we continue to fight has many facets. This is a debt crisis, against which we apply budget consolidation. This is a financial crisis in which the banking union and financial supervision will help. And this is an economic crisis that requires management reform in the Eurozone and the European Union, ”said European Commission President Jose Manuel Barroso, introducing the project. “We are starting a debate based not on slogans, but on a document,” Barroso proclaimed ...

Already here we see serious internal problems. The fact is that the debt crisis did not start just like that, it was connected with the fact that the growth of state debt was used to raise the living standards of the population, and the tightening of fiscal policy, which, perhaps, would ease the debt crisis (although, as the example of Greece shows , it is absolutely not necessary), it will certainly sharply aggravate the social crisis. Barroso, if he is honest with himself and society, would have to say about it, moreover, openly and honestly say about the possible price of the issue (falling living standards of the EU population). Refusing to do so is a demonstration of either professional failure (which is most likely not the case), or evidence that the proposed program is not a panacea for ills, but only a political smoke screen. However, we read further.

... The plan consists of three phases. The first short-term goal is the creation of an additional cash fund for emergency assistance to countries in need. This will require additional contributions from the budgets of countries - EU members. This stage should be completed in the coming 6 – 18 months. The fund can be created as a “repayment fund” for countries whose national debt has exceeded 60% of GDP. At the same time, it was proposed to develop uniform rules for terminating the work of troubled banks, then they will be used by the single European banking regulator.

What is this foundation? This is a palliative, a replacement for private banks that are no longer going to refinance debt, which cannot be returned anyway. This is not a way out or even mitigating the debt crisis, it is a search for the last liquid resources in those countries where this crisis is at the minimum level in the EU (which is not at all - it needs to be told to German municipalities, many of which have practically no money) . As for bank bankruptcy, the question is: is this measure a hidden promise to help some of them in any case? Not very clear yet. In general, with the first stage, everything is clear. Go to the second.

The second stage, the medium term, will begin after 18 months and last for 3,5 years. Its task is to provide a reliable "financial potential" of the eurozone, including through the issuance of uniform debt securities. All countries of the eurozone will guarantee them, and any country will be able to borrow for them, but for a short-term period. In exchange for the placement of Eurobonds, the country will have to undertake certain obligations on economic reforms and competitiveness, similar to those that are now assumed by countries applying for financial assistance. The debtor countries will have to pay the fund for 25 years.

From a financial point of view, the same thing. We are talking about refinancing debt, that is, the very policy that has already led the EU to a debt catastrophe. It’s just that the countries that still seem to be not in the worst condition are involved in the system (as guarantors and sponsors). Well, it is clear that as soon as it becomes clear that the chances of returning the debt are getting smaller, the rates on these securities will rise sharply, the EU will get the same picture, only at the next stage, in an even worse state. True, for some time an illusion of overcoming the crisis will be created.

After five years, the third stage starts - the creation of a full-fledged unified budget, which will be support for countries facing problems, as well as the completion of the creation of a banking union with a single regulator and a system of guaranteeing all deposits. Implementation of the new project, European officials intend to start immediately. Already in 2013, the national budgets will first be approved by the pan-European institutions and only then be submitted for approval to the parliaments, this is spelled out in a document called the European Semester.

This topic is understandable: since it is already clear that economically the European Union did not take place, the European bureaucracy is trying to “stitch” its members as much as possible with political methods so that disintegration does not occur, which, as is clear, is a total disaster for the representatives of this group. Since to whom will they be needed in this case? It should be noted that the USA and international financial organizations have their own interests in preserving the EU, which cannot allow Germany to gain strength in the global financial arena.

And here we pay attention to the fundamental point: any union must be built around the center of power. Whole world история confirms this thesis! And all modern EU defenders are trying today to build the whole system around the weakest countries of this union, leaving only the right to pay for everyone to be strong. While there is money, of course. At the same time, the main economic principle of unification remains debt refinancing, that is, the policy that has already led the European Union to an economic catastrophe continues. In other words, the assumption that was made at the beginning of this text, about the reasons for creating this plan, most likely is correct: it is not so much about saving the EU, but about the political cover that will allow the European bureaucracy for a long time to exist in the current comfort mode .

The spectacle, of course, frankly, gloomy. Not to say terrible. The group of people who, most likely, have already understood everything, continues to carry the same mantra (slightly changing their external form without endangering content) in order to preserve the environment within which their existence is possible. Well, imagine a doctor who does not let anyone into the ward of an already deceased patient and get more and more money from inconsolable relatives to take the “last step” to recover ...

The degree of cynicism here is prohibitive, however, familiar to modern society. Another thing, it is surprising that no one pays attention to the whole senselessness of the “galvanization of the corpse”, which is handled by the European bureaucracy. After all, we are not the only ones who understand this! In the end, in all management courses they are taught that in order to deal with a problem, it is necessary to deal with its causes, and not with masking the symptoms! The plan proposed by the European Commission could not be defended as a banal course work in the most ordinary department, because it is not the task that it solves! Here at the faculties of political science as an example of political fraud - wow!

Well, the conclusion ... The conclusion is the simplest: today the European Union has no plans to overcome the crisis. Not even a hint of them.