Iran and the United States: who frightens whom and why 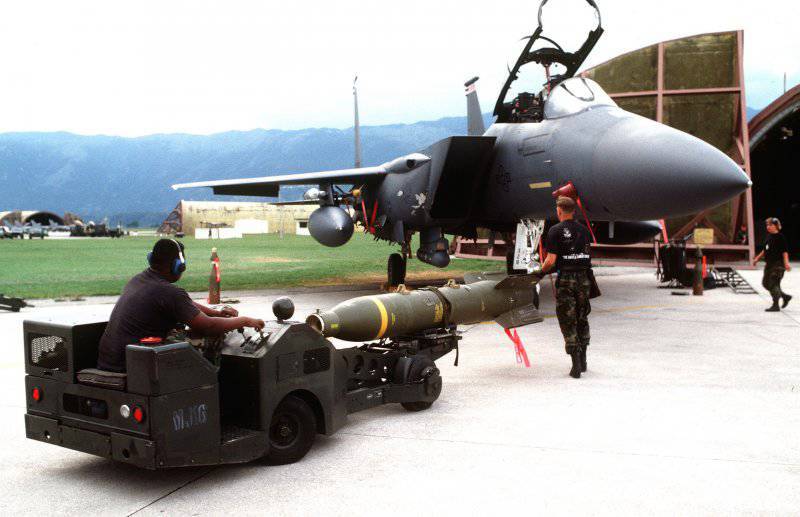 I. New package of sanctions

Israeli Defense Minister Ehud Barak 29 November spoke with the head of the Pentagon, Leon Panetta, and then spoke at a press conference in Washington. He is there saidthat Iran is not going to give up its nuclear ambitions. This country may come close to creating a nuclear weapons in 2013 year. Barak believes that in the nuclear field, Iran is moving along the path that Pakistan and the DPRK have previously traveled.

However, Mr. Barak is sure: other countries (the name of which he didn’t specify) will be able to “in one way or another” force Iran to abandon its harmful intentions. The Israeli Defense Minister expressed hope that Iran’s refusal to follow the disastrous path would occur before the Islamic Republic reaches the “immunity zone”, which means the accumulation of enriched uranium or weapons-grade plutonium in an amount sufficient to create at least one nuclear warhead. Probably, Barak, having previously conferred with Netanyahu, decided to refuse the unsuccessful terminology of the latter (“red lines”).

Journalists asked Barak: when, they say, will Iran reach this very “zone”? Starting to answer, the Israeli Defense Minister got lost in the words:

Here is such a terrible Iran. Nothing happens and has never happened before, but we will “force” and raise the topic of the “zone”.

Pentagon chief L. Panetta spoke in the tone of Barak:

"The US president declared that we would not allow Iran to acquire nuclear weapons, and this remains our policy."

True, he added that "there is still time and opportunity to try to solve this problem by diplomatic means."

“I think that this would be the most preferable option for both the United States and Israel,” the US Secretary of Defense emphasized.

On the eve of the adoption of the latest package of sanctions against Iran, the United States said it would raise consideration of the issue of the Iranian nuclear program at the UN Security Council - if Tehran does not begin to seriously cooperate with the IAEA before March 2013. Last week, American diplomat Robert Wood announced this at the agency’s quarterly meeting in Vienna. His words leads Rosbalt:

“If Iran does not start meaningful cooperation with the IAEA by March, the United States will insist that the Board of Governors (IAEA) report on the lack of progress in the UN Security Council. We must not allow Iran to ignore its obligations indefinitely. ”

The next round of talks between the IAEA and Iran is scheduled for December 13. He must pass in Tehran.

After Iran frightened UN complaints, the US Senate unanimously voted to impose additional sanctions on Iran. A bill that became part of the US defense budget, November 30 supported the 94 senator.

This does not mean that the document has become law. The project has yet to be approved by the House of Representatives. If the act becomes law, then American companies will be prohibited from having business relations with Iranian energy enterprises, seaports, and commercial fleet and shipyards. Earlier, Washington introduced several presidential decrees sanctions against the financial and oil sectors of the Iranian economy.

Now, analysts believe, we are talking about attempts to stop paying Turkey gold for Iranian gas and oil. New sanctions are likely to limit the export and import of precious metals in Iran. The basis of the sanctions, most likely, is the strengthening of the long-term embargo against Iran, which will continue and, if possible, toughen until the Iranian economy collapses. At the same time, the White House is counting on the influence of international EU sanctions on Iran.

As for the Turkish-Iranian deals, Turkey, as it turned out recently, has neglected the common interests of the United States and Israel. Why not neglect? Ankara’s tense relations with Tel Aviv are tense, and Washington, as well as Brussels, doesn’t really help Ankara in the fight against Assad. In addition, Turkey needs energy.

In late November, Turkey had to admit that it pays for the supply of energy from Iran with gold. The fact of "barter" was recognized by the Deputy Prime Minister of Turkey Ali Babacan, giving an answer to the official request of the budget committee of the Turkish parliament. The fact is that the deputies are interested in the reasons for the sharp increase in gold exports from the country in 2012 year. That's what answered Mr. Babacan:

“In fact, the export of gold (to Iran) is a form of payment for our import of natural gas (from this country). Turkey places payments for gas supplies on Iran’s bank account in our country. Nevertheless, I do not have information on how the Iranians further transfer these payments to their country. ”

The scheme was designed like this. Payment goes through the National Bank "Halk Bankasi". Turkey pays for Iranian gas with its lira. Thus, the dollar (at first glance) is not infringed, since Iran immediately spends lira for the purchase of Turkish gold. In fact, there is an exchange of gold for energy, the lira only plays the role of a formal equivalent. According to official data, in the first nine months of this year, Turkey “sold” yellow metal to Iran in the amount of 6,4 billion dollars.

That is why parliamentarians became interested in the outflow of gold reserves from the country. Indeed, in the first nine months of 2011, sales amounted to only 54 million. And this year, Iran accounted for 60% of total gold exports from Turkey. And another 30% fell on the UAE.

The Turkish government is not going to stop the deal with Iran, which successfully compensates for the damage from US and European sanctions.

Judging by the official Turkish foreign trade statistics, write Deutsche Welle analysts Thomas Seibert and Andrei Gurkov, part of the gold purchased enters Iran through the United Arab Emirates. Apparently, the ingots are shipped by couriers using regular flights: the law allows you to carry 50 kilograms of gold with you to 1 people.

This is the confirmation of this version: only in September, Turkish exports to the UAE increased by 2011% compared to the same period of the 452,3 year. 80% of supply is gold. Experts have no doubt that part of this gold from Dubai is then sent to Tehran.

And further. The export of Turkish gold reached such a scale that it allowed to reduce the foreign trade deficit of Turkey. According to analysts, according to the results of 2012, the deficit is likely to decrease by 20%. The ruling party in the country (AKP) has achieved its goal - to turn gold mining into one of the strategic sectors of the national economy. So Erdogan is gaining points.

Iranians are increasing trade with the Turks. Last year, the Iranians founded 590 firms in Turkey (an increase of 41% compared to the 2010 year). The total number of firms with Iranian owners in the Turkish territory has already reached 2.140. Iranians have managed in a short time to become the largest foreign investors in Turkey.

In talks with Iranian Vice President Ali Saydlu in November, Turkish Development Minister Cevdet Yılmaz said that bilateral trade volumes, expressed this year in the amount of about 20 billion, should be brought to 30 billion as soon as possible.

Thus, both Turkey and Iran are not only not going to look back on the United States, but plan to rapidly expand cooperation.

It turns out that the Iranian president, Comrade Ahmadinejad, did not brave when he declared that Iran would find a way out of a difficult situation. In addition, thanks to the actions of both Iran and Turkey, the United States is now threatened, which can be described as "the beginning of the end of the petrodollar." The scheme works, and will work on. The dollar in it was not needed. Why does the dollar, when there is something more reliable - gold, which can be "fastened" to any national currency? And Germany is already trading with China for yuan, and Finland, in the face of the Stockmann trading network, has begun accepting Russian rubles ... It is also possible that trading in its own currency and the BRICS countries is possible. By the way, both Russia and China are increasing their gold reserves for a reason.

Meanwhile, by sending gold to Iran, Turkey risks incurring the wrath of its strategic partner, the United States. True, with “barter” transactions that are not related to the SWIFT international settlement system, Turkey does not seem to violate any sanctions obligations.

However, above we talked about the new package of US sanctions, which must be coordinated in the House of Representatives. There they are unlikely to meet many opponents. These sanctions are likely to limit the export and import to Iran of precious metals, primarily gold.

But Ankara is hardly intimidated.

Turkish Economy Minister Zafer Chaglayan already reacted on information about the latest sanctions by the statement that such measures are mandatory for the Americans themselves. Say what you like, but Turkey needs oil and gas. And the cooperation that Turkey and Iran have lined up over the past few years, both sides are not going to cross out. The authority of Americans on the world stage is becoming lower and lower every week. And, no matter how sometimes we criticize Mr. Erdogan, now it does not seem that he would be led by Washington.

Iii. What does Brzezinski think

According to him, America cannot follow Israel like a silly mule. You can not "beat the drums of war", submitting to Israeli pressure in the formation of American national security policy, says strategist. Washington should not blindly follow Tel Aviv if Israel decides to attack Iran unilaterally.

Brzezinski does not advise President Obama to plan any military actions against Iran - if Israel does start a war. The political analyst expressed his opinion openly, at a conference held by the National American Council on Iran and the Arms Control Association.

Even if Israel attacks Iran - in accordance with its ideas about the “red lines”, then in this case Zbigniew Brzezinski does not reveal any “implicit obligations” for the United States, which for some reason have to watch, “like a stupid mule”, what the Israelites are doing there.

According to the political analyst, if the Israelis start a war, assuming simply that the United States will automatically be drawn into it, America, as a friend of Israel, and friendship implies obligations, will have to tell him that it’s not good for a friend to decide for her ally.

“I think that the United States has the right to have its own national security policy,” said Z. Brzezinski. “I think most Americans would agree with that.” Therefore, clarity on this issue is extremely important for the security of Israel ... ”

The invasion of Iran by a strategist is an act of collective suicide. He does not believe that Iran is making an atomic bomb: after all, there is absolutely no evidence on this score.

And - a few words in conclusion.

In the evening of November 30, it became known that the representative of Iran to the IAEA, Ali Soltanieh, made a statement. is he сказалthat any attack on Iran’s nuclear facilities will lead to the movement of uranium enrichment centrifuges “to safer places”, and Iran will withdraw from the Treaty on the Non-Proliferation of Nuclear Weapons. Moreover, military interventions will not stop uranium enrichment.

At the present time, the IRI will make every effort to achieve progress in the negotiations on the nuclear program. Iran, according to Comrade Soltanieh, is ready to "find a balanced solution to the problem."