In the 2013 school year, more than 200 military personnel will be trained in the TSB sniper school 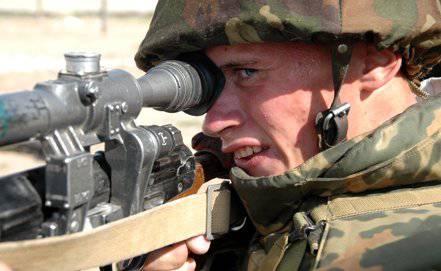 In the 2013 school year, more than 200 officers and contract soldiers and sergeants will be trained in the sniper school of the Eastern Military District (TSB).

Training will begin on December 6. Candidates are already arriving at the school. After successfully passing the 3-day entrance tests, they will be allowed to study.

During the 3-month training course, school cadets will learn the tactics of a sniper in various combat situations, in any weather, day and night, and acquire skills in conducting reconnaissance and camouflage on the ground. The level of their training will be evaluated according to their ability individually and as part of sniper pairs to act on the battlefield.

In the preparation of snipers used modern teaching methods. For example, as an experiment with cadets, they will conduct classes in the form of a “sniper duel”.