“There Will Be Another War” (Der Spiegel, Germany) 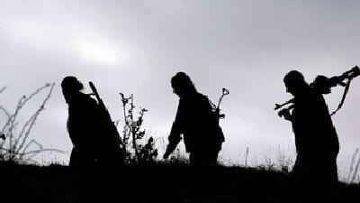 International observers see in Tajikistan a bankrupt state that is in a situation of national crisis. Growing protests in the country play into the hands of the Islamic opposition. Since the beginning of this year, hundreds of new mosques have opened, and more and more women in the burqa can be found on the streets of Dushanbe.

Belgi Kishlak is a place where a traveler can try to get only if he has an SUV, and a better all-terrain vehicle. The village is located in the foothills of the Pamirs, about two hundred kilometers east of the capital Dushanbe, in a kind of corridor between the borders with Kyrgyzstan, on the one hand, and Afghanistan, on the other.

In Belga there is a restaurant - a little more than a regular bar - located in a picturesque place on the bridge over the Surkhob River. Its owner, 51-year-old Mirzoghudji, is a white rock and has a mouth full of gold teeth.

Akhmadov owns a house in the nearest administrative center, the city of Garm. He has seven children, several livestock and a quarter of a hectare of land where he grows potatoes and tomatoes. In the Soviet era, Akhmadov worked as a foreman on the local collective farm Druzhba for twenty years, and later became mayor of Belga. However, among the villagers he is known as the “commander”.

This nickname Akhmadov acquired after the civil war that began in 1992 and has been raging for a long time in Tajikistan for five years. Then this, the most backward of all the former Soviet republics, was controlled by former communists and local clans; This continued until the democratic and largely Islamist opposition was formed against the president and the former chairman of the communist party. He gathered a national guard of farmers and released criminals, and they began to brutally settle accounts with the Muslims. At least fifty thousand people were reportedly killed. Many Tajiks fled to Afghanistan, where they quickly became radicalized.

At that time, Akhmadov, then belonging to the opposition, was responsible for protecting Belga. When it seemed that the battle was about to be lost, he took 5 thousand soldiers to the mountains and became their commander. “For three years we fought the ruling regime from there, and he directed against us Tanks and helicopters, ”says the“ commander. ”

In June, 1997, the new president, Emomali Rakhmon, and the opposition Islamic Renaissance Party made a statement about “national reconciliation.” This gave the opposition the opportunity to get their share of power in Tajikistan, and Islamic militants joined the ranks of the army and the police.

Return from the mountains

Akhmadov returned from the mountains and became the head of the police and the head of the military unit No. 3974 in Garm. He was given the rank of colonel, and later he became the head of the department engaged in the fight against organized crime. “But soon,” Mirzokhudzhi says, “Rakhmon has dismissed former members of the opposition from all important posts. Today, most of them are in prison, in exile, or have died. Only three or four of my people still occupy some posts in Dushanbe. ”

Probably, anyone who happens to hear how Ahmadov discusses the future of the country in his restaurant for tea and lamb, will feel some awkwardness and may even want to leave.

And he talks about how President Rahmon in Dushanbe rewrote the constitution in order to extend his term of office until 2020; about how he put his children in important political positions. Akhmadov describes how Rakhmon ensured the victory of the ruling party in the elections at the end of February, losing only 8 percent of the votes of the Islamic Renaissance Party, although in reality she received at least thirty. He says that the Rasht Valley, the region around Garm, has a population of thousands of people 270, but now there are no operating factories, and there is only enough electricity for a few hours.

It is lamenting that those who manage to find work are paid just 65 euros (92 dollars) per month, and at the same time they are forced to buy shares in the construction project of the neighboring Rogun hydroelectric station. According to Akhmadov, students are not allowed to take exams, and the military will not be able to get a promotion if they refuse to buy these shares. The government, suffering from a shortage of cash, has already halved the salaries of teachers.

The hardest hit for the government after the civil war

The situation, Akhmadov goes on to say, is aggravated by the hostility of neighboring Uzbeks speaking Turkic dialect. According to him, their ruler, Islam Karimov, mined the border with Tajikistan, seeing the threat in Farsi-speaking Islamists and fearing for his regime. There are unresolved territorial disputes between countries; there is a war for water; Karimov cut off railway traffic and stopped supplying natural gas for many weeks.

The bill, which makes Ahmadov, in many respects fair. Even international observers see a bankrupt state in Tajikistan that is in a state of national crisis. Growing protests in the country play into the hands of the Islamic opposition. Since the beginning of this year, 365 has opened new mosques, and on the streets of Dushanbe more and more women can be found in the burqa. In the north of the country, three girls threatened to commit suicide if they were not allowed to wear the hijab at school.

“The leadership promised land and loans to former members of the opposition, but in reality we received nothing,” says Akhmadov. “Instead, round the clock surveillance.” Looks like they no longer trust us completely. People again pulled into our old camps in the mountains. It is quite possible that a civil war will soon flare up again. ”

Is it only the neutral criticism of the regime that forces his muscles to contract? In late August, when a SPIEGEL representative talked with Akhmadov in Dushanbe, an impressive incident had just occurred. Twenty-five people recently convicted for criticizing the ruling regime have escaped from the central prison of state security, killing five guards. 3 September killed two policemen and 28 people were injured during the first suicide bombing in Tajikistan, and 18 September 28 soldiers died during the shelling of a military column near the village of Belgi.

It was the hardest hit for the Dushanbe government since the end of the civil war.

On September 22, units loyal to the government took up a fighting position opposite Akhmadov’s house in Garm. They fired rockets at the farm and then took it by storm.

That evening, a message was sounded on the state television channel that the security services found six Kalashnikov machine guns, three grenade launchers and several thousand cartridges in the house. The announcer said that the "criminal Akhmadov" harbors people guilty of massacre with a military convoy.

What was not reported on television was that shortly before that five Akhmadov people were killed, apparently by people from pro-government troops.

The war that Akhmadov predicted began faster than expected. President Rahmon sent his best units to the war zone, and they have been combing the highlands around Garm since September. The campaign has been underway for more than a month, but the military has not yet reported on successes. The Islamists use Afghan tactics to fight the troops: mines, surprise attacks. Only 6 and 7 of October killed 34 Tajik soldiers, among them - high military ranks from the elite unit of the Ministry of State Security and the National Guard. In Dushanbe, there is a growing sense of horror and stupor, due to which all communication with the eastern regions of the country is interrupted.

Farangiz Najibullah, a radio reporter specializing in the situation in Central Asia, expresses an opinion that is prevalent today in his reports: The Rasht Valley can become a “hotbed of Islamic resistance” that will destabilize an entire area.

Ahmadov, the owner of the restaurant, probably again somewhere in the mountains.