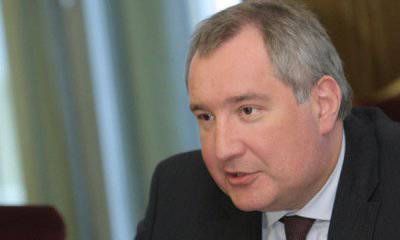 Prime Minister of Russia Dmitry Medvedev signed a decree №1216, significantly expanding the powers of the Military-Industrial Commission headed by Dmitry Rogozin. According to the newspaper Kommersant, the decree prescribes the military-industrial complex to actively intervene in price disputes between the Russian Ministry of Defense and enterprises of the military-industrial complex.

It should be noted that under the Minister of Defense of Anatolia Serdyukov, the military industrial complex also tried to play the role of arbiter in disputes regarding the purchase of military products, however, success in this commission was almost impossible to achieve. Now, the military-industrial complex will essentially play the role of an intermediary between the military department and defense enterprises, and Rogozin himself will become responsible for the result of trade and the placement of the state defense order.

The order signed by the Prime Minister amends paragraph 2 of paragraph 5 of the “Provisions on the Military Industrial Commission” paragraph, which also imply the power of the military industrial complex to intervene in the pricing of military products. The empowerment of the military-industrial complex is probably one of the many attempts to reform the mechanism of placing the state defense order in Russia.

At the end of May 2012, the Federal Service for Defense Order (“Rosoboronzakaz”), responsible for monitoring the execution of the state defense order, was taken out of control of the Russian Ministry of Defense. At the same time, some media outlets reported that the military department might eventually lose Rosoboronpostavka, which is responsible for placing defense orders.

Also in May, Russian President Vladimir Putin signed a decree according to which new executive bodies subordinate to the government should be created, responsible for placing the state defense order and its execution. Due to this, it is planned to eliminate the differences between the military and manufacturers.

Reforming the mechanism of the Russian defense order was needed after a number of major price disputes between the Ministry of Defense and defense enterprises. These disputes nearly led to the disruption of the state defense order in 2011-2012. In particular, because of the disputes, supplies of combat-capable Yak-130 aircraft, as well as strategic nuclear submarines of the 955 "Borey" project and multi-purpose submarines of the 885 "Ash" project were under threat.

The Russian Ministry of Defense accused enterprises of unjustified overpricing of military products. The latter argued that the prices dictated by the military make the manufacture of military products unprofitable. As a temporary measure in 2011, the Ministry of Defense launched the “20 + 1” scheme, according to which the margin for the contractor’s products cannot exceed 20 percent, and the subcontractors - one percent.