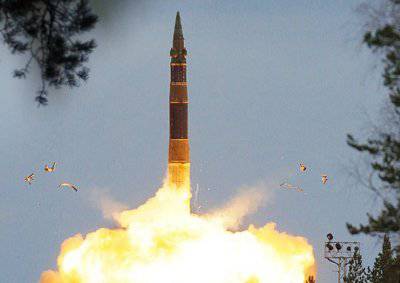 The Pakistan Ministry of Defense reported today that a test of a new medium-range ballistic missile capable of carrying a nuclear warhead took place the day before.

The military department explained that the Hatf-V Ghauri missile, whose range is 1300 kilometers, is capable of carrying both nuclear and non-nuclear warheads, Interfax reports.

This year Pakistan has already conducted eight tests of ballistic missiles. The latter took place in early autumn, when the Hatf-V II rocket was tested, the range of which is 700 kilometers.

Recall that neighboring India this summer tested a new intercontinental rocket Agni-5. The flight range of the new ICBM is five thousand kilometers, it can carry a nuclear warhead and “shoot out” to targets in China or Europe. Indian rocket engineers also tested the Prithvi II medium surface-to-surface cruise missile with a liquid-fueled engine that can deliver a charge of 500 kilograms to a distance of 350 kilometers.
Military Reviewin Yandex News
Military Reviewin Yandex Zen
21 comment
Ad