November 29, 2012
17
The main purpose of SH-5 is to solve search and rescue tasks, counter enemy submarines, bombard surface ships, mine a given area, as well as destroy ground targets, deliver various cargo, airborne troops, and conduct photo and radio intelligence. In addition to the multipurpose amphibian, it is known about the development of the SH-5 seaplane for fire safety. 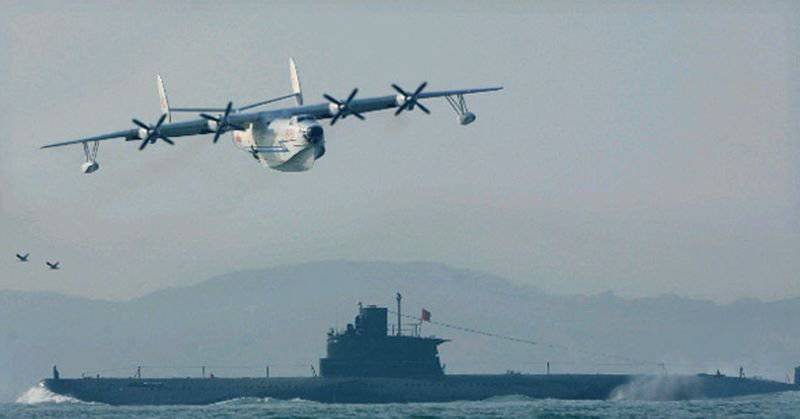 In 1950, the Soviet Union supplied the Be-6 seaplanes to China. It was the only aircraft of this type used in the Armed Forces of China. After 15, the use of the Be-6 is completely outdated, and China decides to start developing its own seaplane. China of that time was not distinguished by any technical or scientific basis, the creation of aircraft, like many high-tech developments, was not the strength of the defense industry.

In the second half of the 1960-s, the design and development of a new seaplane began. The main developer is the design bureau of the Harbin plant and the scientific research institute of hydroaviation. The military needed a multi-purpose seaplane equipped with powerful and economical engines of turboprop execution. He was supposed to replace the seaplane "Be-6". The multipurpose seaplane is called SH-5, which means "sea bomber model 5".

A seaplane with an airborne number 01 in an incomplete configuration (hull) was used to conduct static tests during the 1970-1974 period. As previously noted, China has embarked on a new development path, experiencing an acute shortage of trained specialists and designers, so the first prototype SH-5 was built by the end of the 1973 of the year, it received the airborne No. 02. The first Chinese seaplane was able to fly into the sky in the spring 1976 of the year. And the main tests of the seaplane were completed in the 1985 year. They took part 6 multipurpose naval bombers.

After testing, four out of six aircraft (airborne No. 04, 05, 06, 07) are transferred to sea aviation China in September 1986. An interesting feature is the significant differences between the prototypes and those adopted for seaplanes. The main place of basing is the airfields of Quingdao and Tuandao. According to available information, in 1999 the Chinese Navy consisted of 7 SH-5 flying boats. Today it is known about three SH-5 seaplanes in operation for search and rescue operations and one seaplane (board number 06) for ensuring the PS-5 fire safety. 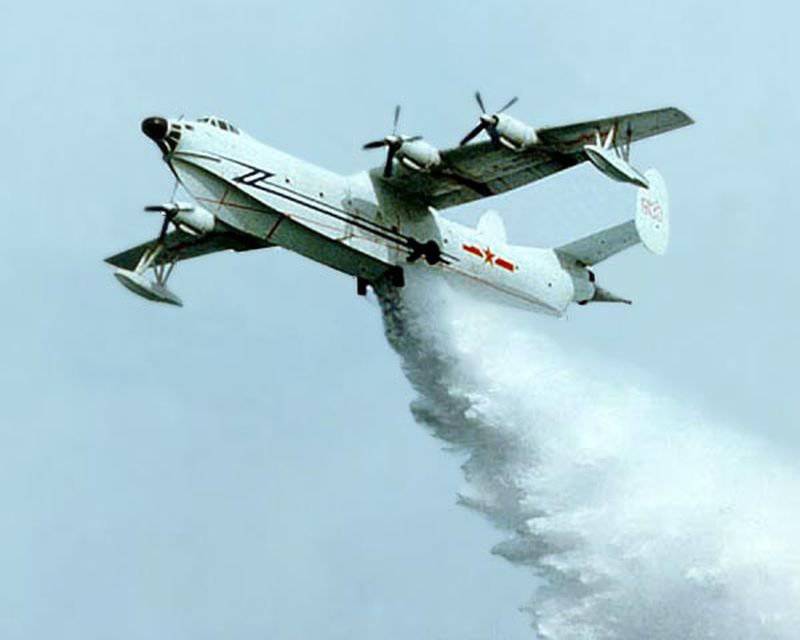 Device and design Harbin SH-5
Chinese designers did not go far in construction from the Soviet predecessor - the Be-6 seaplane. Parts from the Y-8 transporter (analogue of An-12) were also used. The Chinese seaplane has the same aerodynamic configuration of a high wing with a straight wing. The base is a boat ending in a long tail and plumage. To control the flying amphibian on the water surface, the steering wheel is installed on the base of the boat. The stability of the aircraft on the water is provided by the wing floats of a non-removable design, they are installed on N-shaped struts.

There are also noticeable differences in the performance of a seaplane, which ultimately made it look like the Soviet "Be-12" and Japanese "Shin Meiwa US-1A":
- the cockpit got a teardrop shape;
- the nose radome of the radar antenna is made as for the Be-12 seaplane;
- chassis aircraft retractable type.

The landing gear of the Chinese designers used the standard tricycle. The front desk is two-wheeled, the main - one-wheeled. Rack chassis got pneumatic oil shock absorbers. The nose post after take-off folds forward, the main - with a turn in the niche of the boards. The peculiarity of the Chinese chassis performance becomes a small clearance when taking off / landing from the water surface. 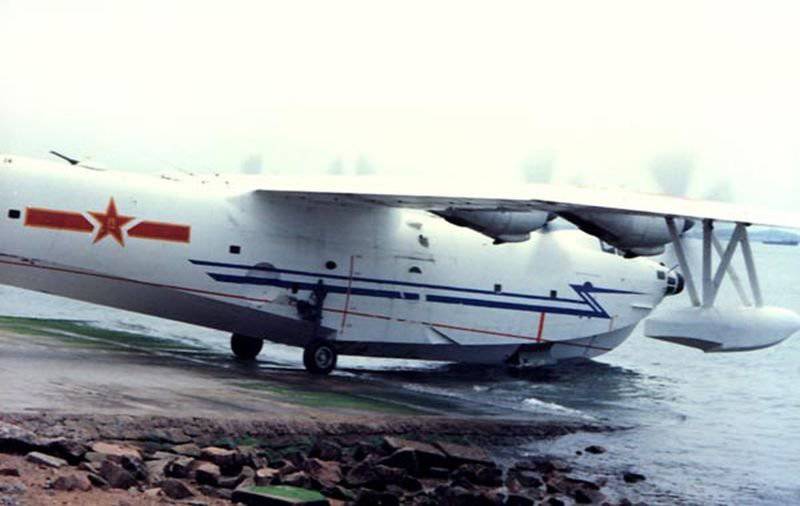 As ordered by the customer, flying amphibious equip powerful engines WJ-5А1 "Dong". These engines are analogous to the Soviet AI-24. Four turboprop engines provide the aircraft with an 12600 horsepower. Three cargo compartments are made in the bow of the boat hull. The middle part is the search equipment compartments, radio communications and hardware compartments. The central compartment is the operator compartment, where the operator’s 3 is located that manages the onboard equipment. All internal compartments are connected by a corridor, the compartments are blocked by waterproof doors. The on-board equipment includes: inertial navigation system, radio compass, magnetic anomaly detection detector, radio altimeter, Doppler radar search. The full crew is an 8 man consisting of a commander, co-pilot, navigator, on-board engineer, radio operator and technician operators.

The armament of the seaplane SH-5 consists of:
- remote double-barreled gun installation caliber 23mm "Type 23-1";
- anti-ship missiles such as C-101; 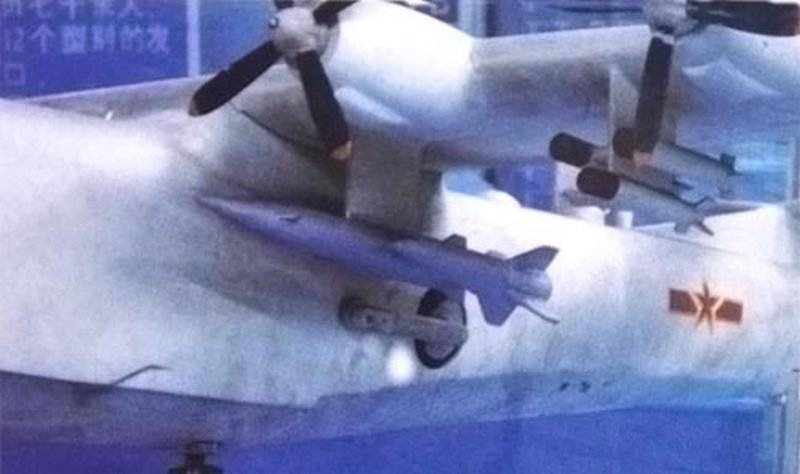 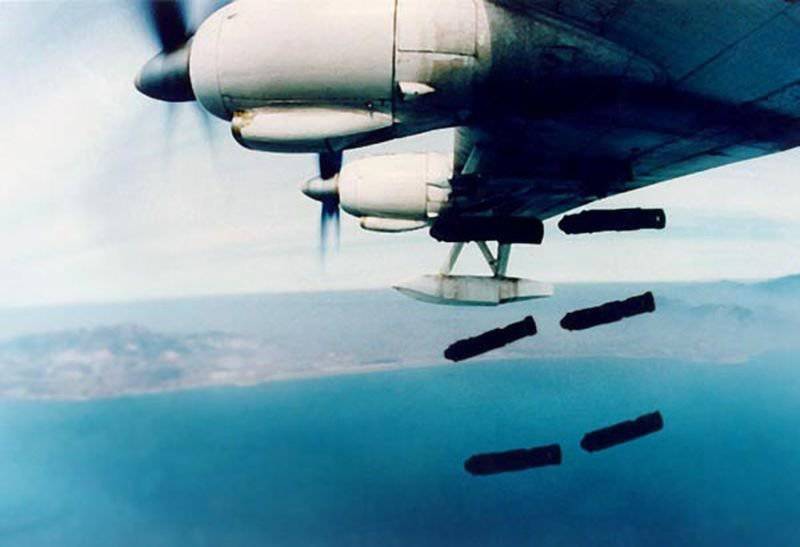 The fate of the SH-5 multipurpose seaplane
The seaplane did not wait for serial production, apparently, this was hampered by significant deficiencies in the onboard equipment, which did not ensure the design characteristics of the search and destruction of surface and submarine ships. By the way, PKR "C-101" also did not go into mass production for similar technical reasons. 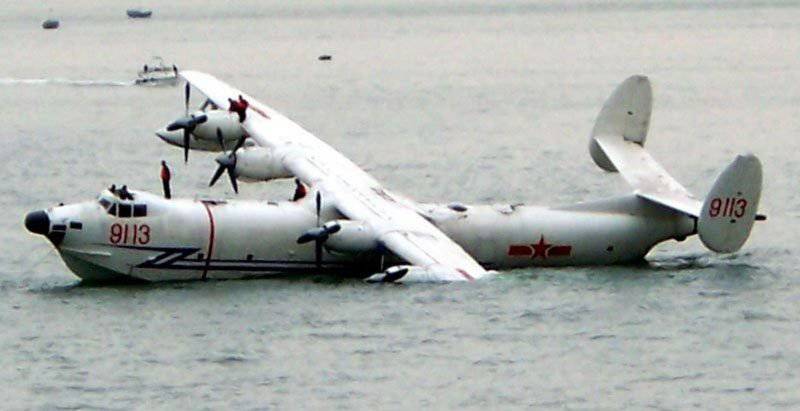 The operated seaplanes are currently used in the “PLA Navy North Sea Fleet” on the Qingdao seaplane special base. The main purpose is marine patrols. 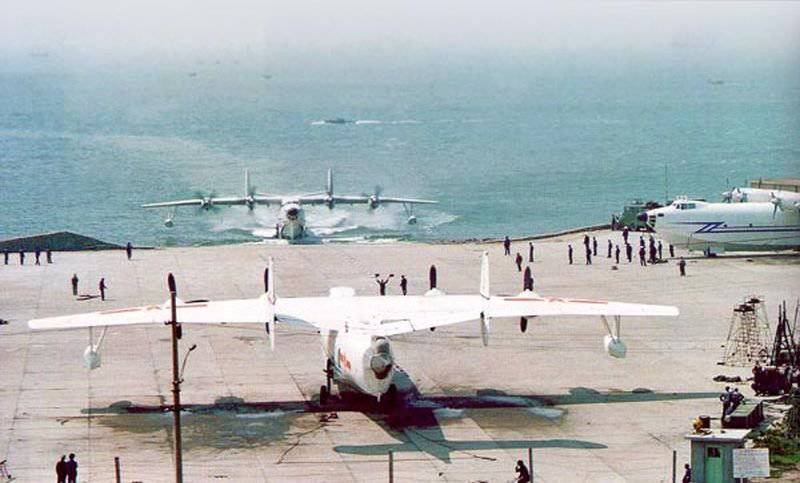 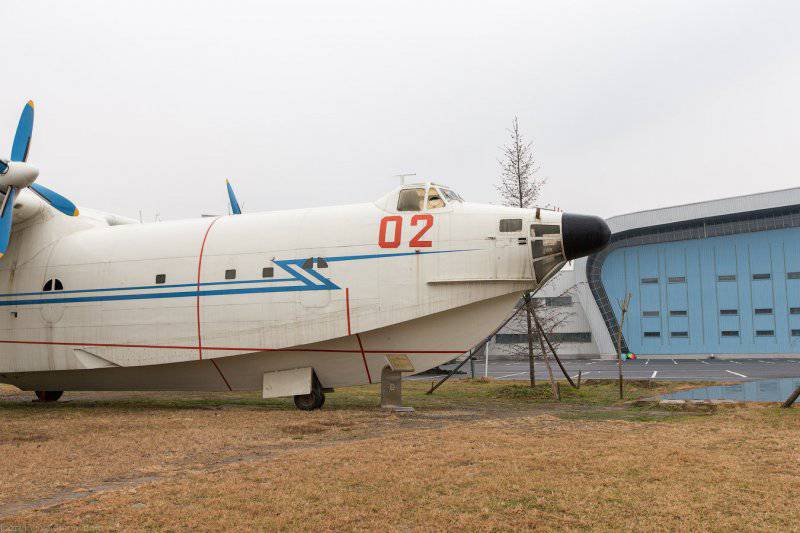 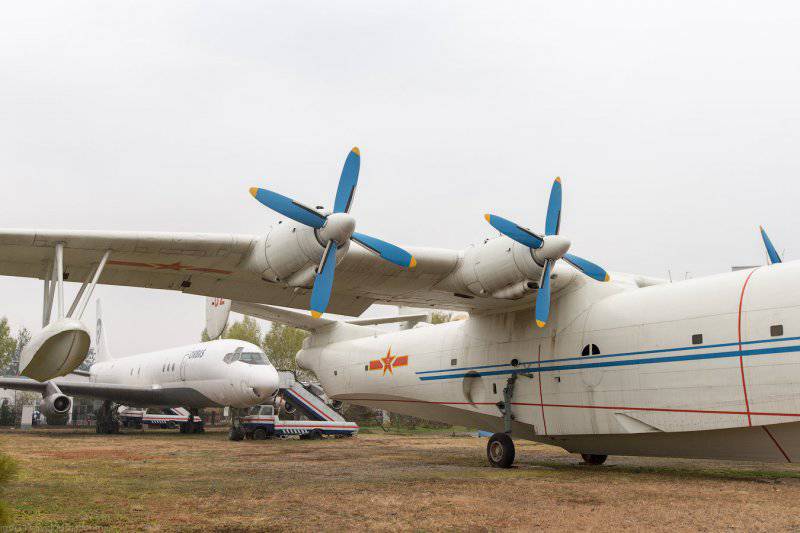 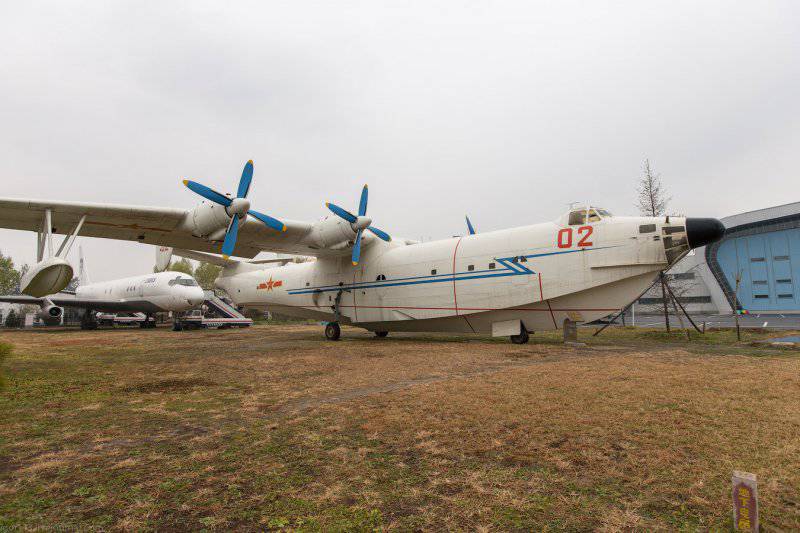 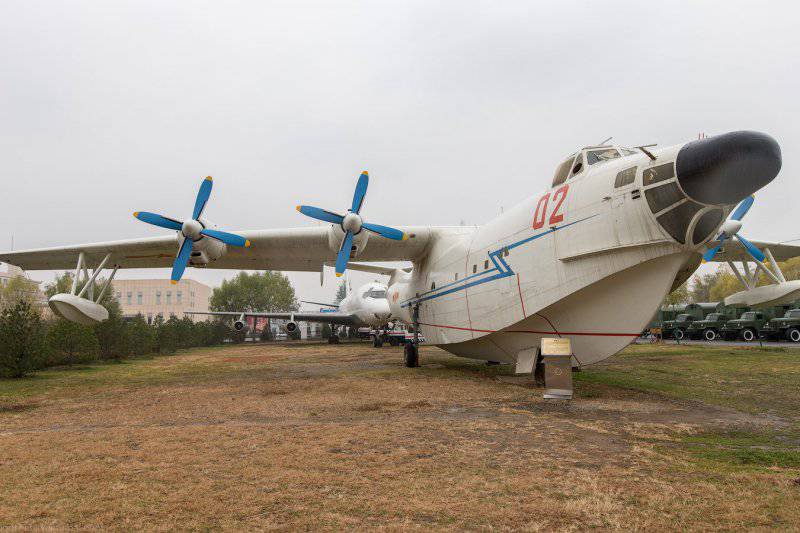 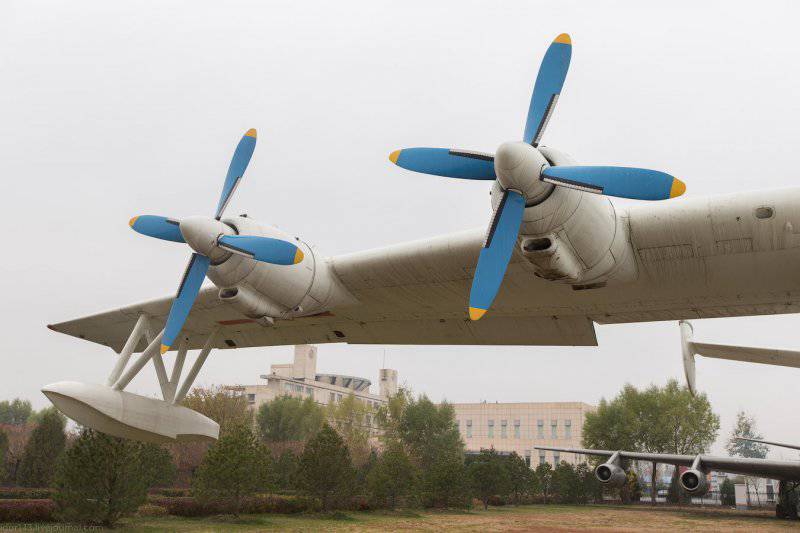 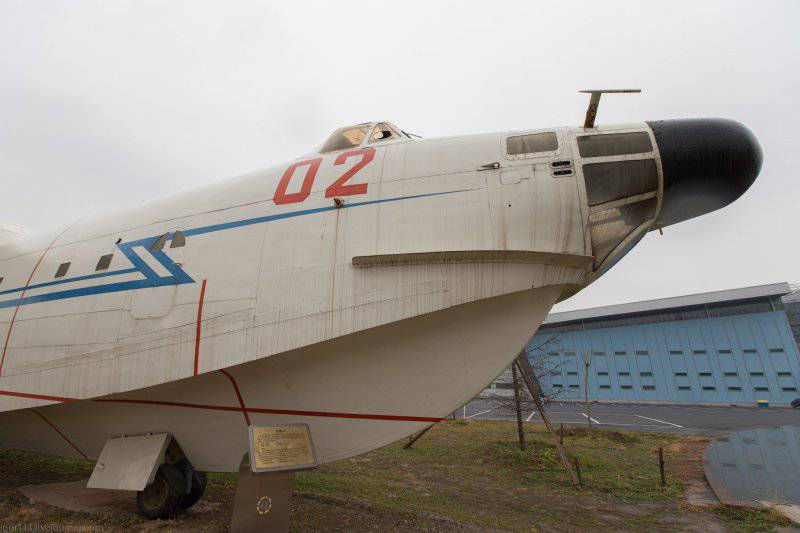 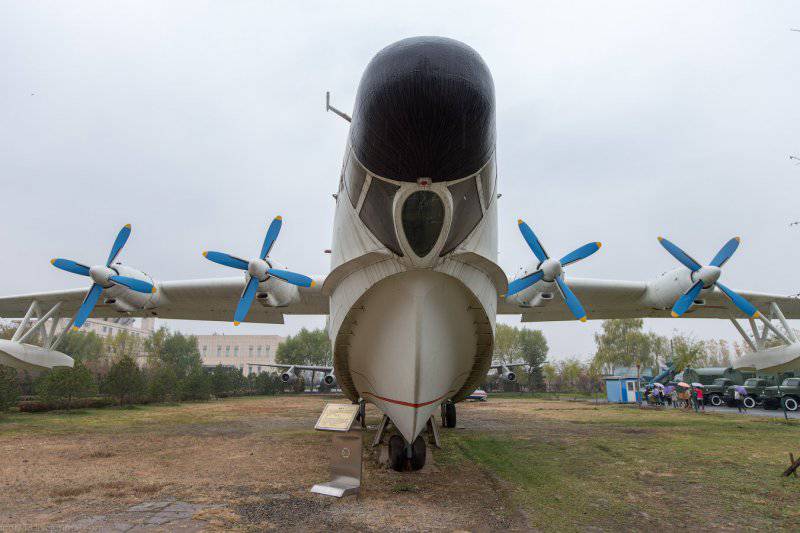 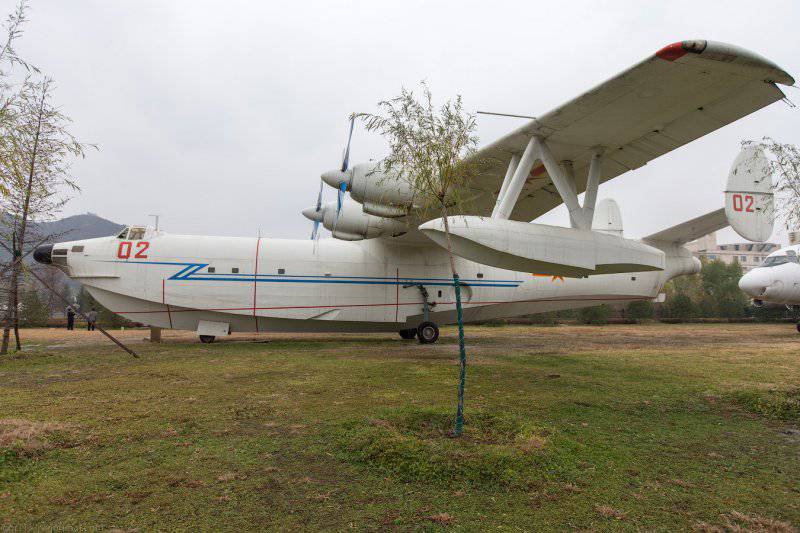 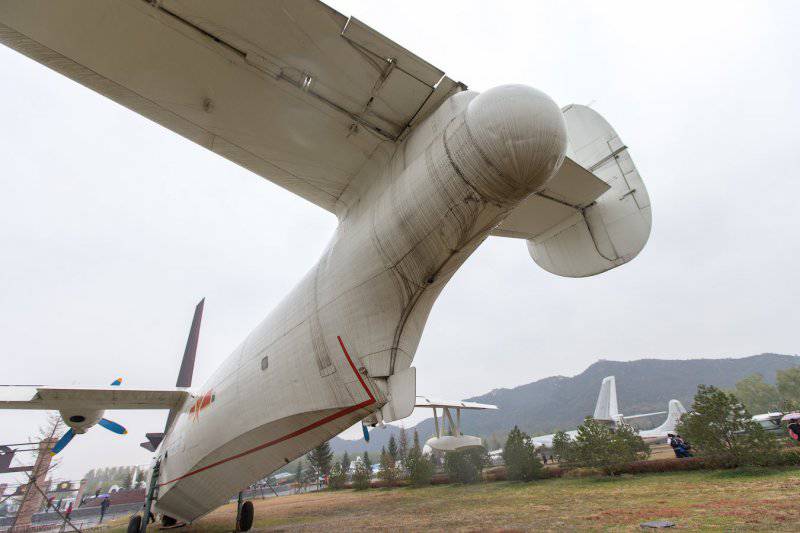 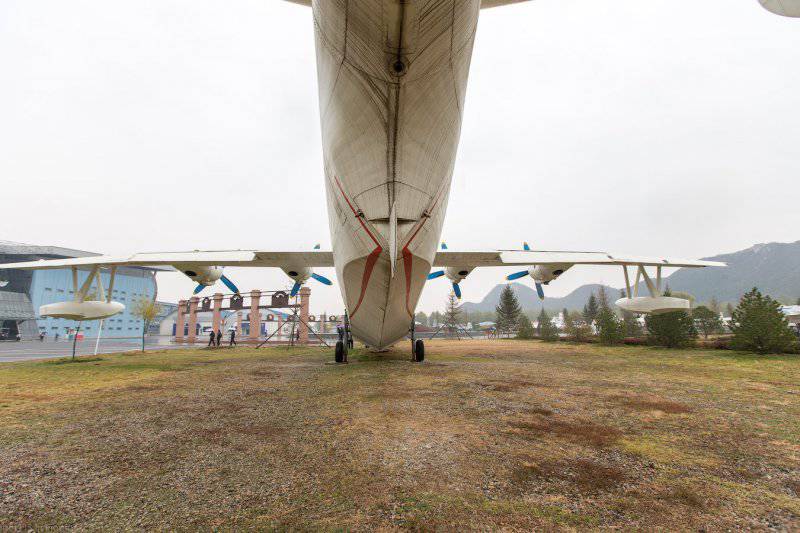 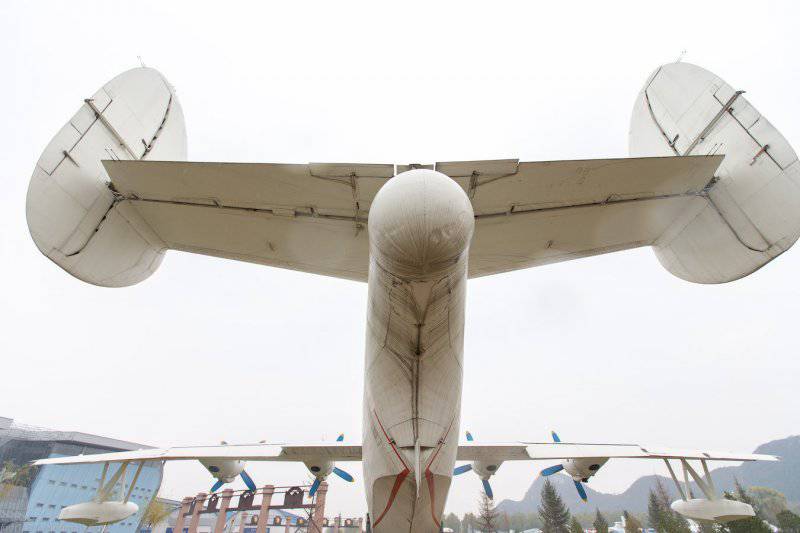