We cannot do without the “Russian billion” 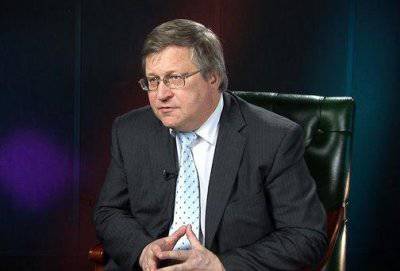 Separatism is, in fact, just another designation of the weakness of state power, the lack of strategic breakthrough programs at the federal center, which provide a perspective for all peoples and regions of the country. This was stated in an interview with Rosbalt by the head of the Supervisory Board of the Institute for Demography, Migration and Regional Development, Chairman of the Development Movement Yuri Krupnov.

- Recently, some experts again began to raise the topic of separatism in Russia, and even started talking about a possible disintegration of the country. I would like to know your opinion on this matter: how justified are such predictions, why did they begin to be voiced right now, what should the Russian authorities do to avoid the implementation of such “apocalyptic” scenarios?

- This topic is, indeed, extremely relevant. And it is determined not only by the processes actually taking place on the outskirts (and often in the center) of Russia, but, above all, by the continued weakening of the federal center. Separatism is, in fact, just another designation of the weakness of state power, the lack of strategic breakthrough programs at the federal center, which provide a perspective for all peoples and regions of the country.

On the one hand, we see that in a number of regions aggressive Islamization is being implemented, which has nothing in common with our traditional Russian Islam, without which Russia cannot be represented. This Islamization is a purely political and geopolitical technology aimed at undermining and weakening the state in Muslim regions.

For example, it would seem that a particular case of girls wearing a hijab in a school in Stavropol actually captures such a powerful geopolitical process as "hijab". In Turkey, Kazakhstan, Tajikistan, hijabs are prohibited, although this is Islamic. Behind “hijabization” there is a political technology for mobilizing anti-state forces with a strategic task to separate one or another of its regions from the country.

On the other hand, I would draw attention to the problems of the Far East, which, in my opinion, for various reasons, distanced itself from the federal center even further than, say, the same Caucasian republics. Sometimes, even from the major leaders of this region, you can hear statements that, say, let us deal with our natural resources and all other problems ourselves.

In fact, this is also a very serious situation, especially when other states, in particular, the United States, Japan and China have a huge geopolitical interest in the Russian Far East. Against the background of the weak policy of the federal center in relation to this region, there is a creeping separatism, which is still outwardly expressed in, it seems, humorous statements about the Siberian or Far Eastern republics. But over time, this process can very quickly get an ideological base for the most unexpected decisions and destabilization of the situation.

The same applies to Kaliningrad, and to Karelia, where everything happens, of course, in a very sleeping, shadow mode, but, nevertheless, is monitored by various foreign forces conducting special operations to prepare the "fuses", which at the right time can be “set on fire” in order to proclaim the separation of these regions from the Russian Federation.

- What do you mean by saying that the center has no strategic breakthrough programs that would give prospects for the regions?

- I mean, in our case 99 percent of the decisions of the authorities do not relate to real problems. Our fundamental problems are even afraid to formulate, not that they are solved. But because we push them out of the public consciousness, they do not disappear anywhere. Meanwhile, all breakthrough solutions are needed to solve real people's problems.

Some time ago I formulated an ideology of seven creative revolutions, not related to the overthrow of the existing system, aimed at solving not only urgent, but long overdue issues.

The first such revolution is a demographic. Without setting up ambitious projects in this area, including the fact that in a half or two centuries to reach the "Russian billion" population, without creating conditions under which approximately 60 percent of Russian families could have 2035-3 by 4 year children, without all this by the end of the century in Russia there will be only 80-90 million people.

The second revolution is urban planning. We have roughly 1000 small towns that are in a state of uncertainty. Assistant to the President of Russia Elvira Nabiullina some time ago stated that we need to develop only 15-20 cities of one million people. This is a crazy idea in a situation of hypercentralization of Moscow. It is clear that small cities need to be developed, including in the Caucasus, the Far East, and the North-West, and regions must be raised to counterbalance their depopulation and desertification.

The third (and, possibly, the first in importance) revolution is undoubtedly an industrial-technological one. Vladimir Putin has already announced the “new industrialization”, the need to create 25 millions of new jobs. But after this statement, one and a half years passed, and no jobs were created and no "new industrialization" was observed. And this is what interests 90% of Russian regions with their huge real unemployment, especially among young people.

The fourth revolution is energy. This is especially important in the context of the collapse of the energy sector as a result of the reform of Anatoly Chubais, which led to even more terrible consequences than the first wave of privatization with secured auctions.

The fifth revolution now needed is anthropological. Today we are in a situation of degradation of the country and public consciousness, where ethnicity is cultivated by representatives of all nations, that is, such a world view, when all questions are reduced to cultivating the interests of their family, a clan, a clan, an idea of ​​"their" and "alien" the people. No one is against people loving their people, their family. It's great! But 90 cannot be reduced to the percentage of problems relating to our development to ethnism. And we already have Russian nationalists shouting about the need in the framework of the Russian Federation to create a certain “Rusistan”, they propose to separate the Caucasus. Someone suggests separating Moscow. This is what intensifies separatism.

The sixth revolution is the real integration of the post-Soviet space.

Seventh - Far Eastern. I repeat once again that we have the most serious separatism in the Far East. Without turning this region into an outpost of our development, we will not be able to show perspective to the rest of our suburbs. I would even suggest moving the capital there.

- One of the most important components of the policy of the Russian government is privatization. Recently you stated that privatization is an attempt in the situation of a coming catastrophe to bring assets into private ownership as much as possible. In your opinion, the goal of the ongoing privatization policy is the maximum enrichment of temporary workers. What are you offering? Stop the current privatization phase?

- I propose to put the privatization in its proper place. It should occupy no more than 3-5% of all government issues, not 95%, as it is today. Today, we do not have privatization for economic reasons. We have it, on the one hand, on 100 percent is ideological in nature, and on the other, as always happens, this ideological shell is a cover for private, vested interests.

Effective is not private or public property, effective are those who are able to create. And those who, like our government, are not able to create, can only divide, bankrupt enterprises and withdraw assets.

- But back to the problem of the interaction of the central government with the regions. In your other speech, you stated that the question today is not about some kind of "decentralization", but that the federal level of government is rigidly "stitched" with the municipal and regional ones. How do you propose to do this?

- It is necessary in the office of the Prime Minister to hang a map of Russia with almost 1800 municipal districts, so that in six months he could say that two dairies were built in a certain area, created, say, one hundred new jobs, and thus saved two villages from extinction .

In the meantime, we have a completely different picture. Over the 20 years, according to Rosstat, the 23 000 settlement has disappeared in Russia. Every year, an additional few thousand villages disappear, in 15-20 thousands of villages live one or two people, but they are not yet included in the register of disappeared settlements. What better can show the process of degradation of the country?