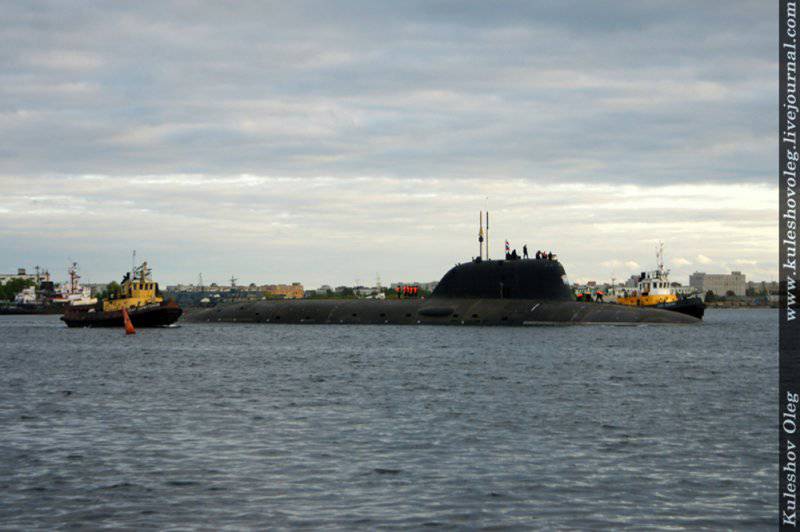 RIA News. The nuclear submarine "Severodvinsk", which is undergoing factory tests in the White Sea, on Wednesday completed a successful supersonic cruise missile firing from a submerged position at a ground target, the RIA said News source in the United Shipbuilding Corporation (USC).

The Severodvinsk nuclear submarine was laid down at Sevmash in 1993 and became the lead ship of Project 855 Ash, which provides for the construction of eight modern submarines for the Russian fleet.

"During the factory tests in the White Sea area, the Severodvinsk multipurpose nuclear submarine launched a supersonic cruise missile from a submerged position on a ground target. The target was successfully hit," the agency’s source said.

He recalled that on Monday the submarine had successfully fired a cruise missile at a ground target from a surface position. According to him, today's shooting of “Severodvinsk” is the third successful in a row as part of testing submarine missile systems.