America will deploy a space surveillance station in Australia

November 28, 2012
5
Washington is going to build a powerful space observation station in Australia. Already, many experts believe that the station will monitor not only satellites and space debris. The characteristics of the radar, which should be located in Australia, will allow the US to record missile launches from virtually all of Asia. The agreement on the construction of the space tracking station was signed by the heads of the defense and foreign affairs agencies of the two countries following the results of the annual US-Australian ministerial meeting.

Back in 2007, Washington and Canberra agreed among themselves to hold such meetings in turn. In 2012, the meeting took place in the city of Perth, located on the shores of the Indian Ocean. The meeting was attended by Pentagon chief Leon Panetta, US Secretary of State Hillary Clinton, Australian foreign ministers and defense ministers Bob Carr and Stephen Smith. Also on the eve of the event, Australian Prime Minister Julia Gillard specially arrived from Canberra in Perth, who held separate meetings with representatives of the US administration.

According to the agreements reached, the Pentagon is also planning to deploy a telescope in Australia to observe objects at altitudes up to 35 000 km. According to the head of the Pentagon, in Perth, "a breakthrough was made in the bilateral American-Australian cooperation" in the field of space exploration. Along with this, his colleague from Australia, Stephen Smith, said that over time, the Australians trained by specialists from the United States will control the radar built. Smith also stressed that all the US military, who will work on the installation and subsequent adjustment of the radar and telescope, will be in Australia only temporarily. Smith also highlighted the fact that the construction of the radar will significantly increase the ability to observe space debris in the southern hemisphere. 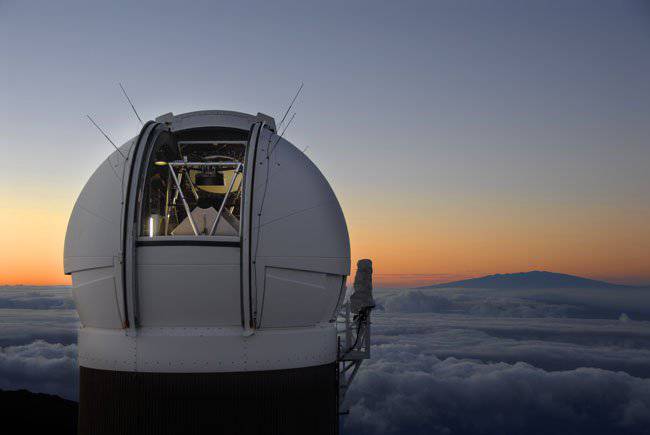 It is assumed that the radar will include in its membership a powerful radar and a full-fledged orbital telescope. In this case, the tactical and technical characteristics of the space tracking station will allow it to track missile launches. And at the end of September 2012, it was said that Washington and Tokyo reached an agreement that one of the elements of the American missile defense system would be deployed in Japan. Then, US Secretary of Defense Leon Panetta said that the main goal in the deployment of new elements of the missile defense system is to counteract a possible missile attack from North Korea.

Even then, a number of analysts noted that the Pentagon’s official statement about the threat from the DPRK looks mostly rhetoric, while Washington’s and US military’s much more worrying is the growing power of the Chinese missile arsenal. Many experts predicted that one of the main topics discussed at the meeting in Perth would be the issue of providing additional access to warships and submarines of the US Navy to the Australian naval base in the city of Stirling, located on the west coast of the mainland.

The joint communiqué, which was adopted at the end of the ministerial meeting, mentioned an item on possible additional cooperation of the two countries through the naval forces at a number of Australian facilities, including at the Stirling base. Both sides acknowledged that possible areas of cooperation require further serious study and adoption of additional decisions in both Australia and the United States. Another important issue discussed was the provision of wider access to facilities located in northern Australia to US combat aircraft. Judging by the final communiqué of the parties, then such an agreement was also reached and the parties are ready to jointly discuss its further practical implementation.

US space observation station in Hawaii
All this suggests that the United States is counting on Australia, as a kind of outpost and base for its important ally in the Asia-Pacific region fleet, aviation and space reconnaissance objects.

The most interesting thing is that on the green continent, most likely, there is also a functioning full-fledged space object tracking station belonging to China. About this in the 2011 year, wrote the "Rossiyskaya Gazeta", reporting that this is the first time that China has managed to place a strategically important object in the territory of a close ally of the United States. At the same time, neither Canberra, nor Washington gave their comments on this matter at that time. For the first time, the South China Morning Post, based in Hong Kong, wrote about the Chinese space station in Australia.

According to the publication, the space tracking station is located near Dongar, approximately 350 km. north of the already mentioned Australian city of Perth on the west coast of the country. This object was erected by the Space Corporation of Sweden (KKSH), which provided the station with all the equipment for rent to the PRC. According to representatives of KKSH, Australian authorities are well aware of this deal, they visited the site and gave the go-ahead for its rent by the Chinese side. 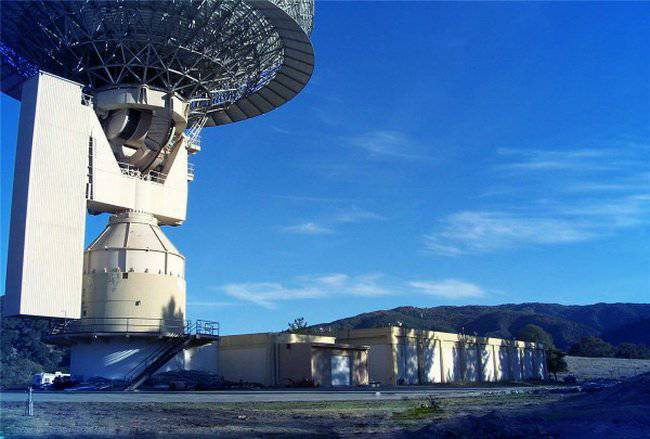 According to the Hong Kong newspaper, China indirectly confirmed the location of its space tracking station in Australia. Thus, one of the high-ranking officials, who is part of the country's space agency, noted that Australia has become part of the global Chinese system for monitoring space objects. In general, the object in Dongara was 5-th in a row by the Chinese space tracking station, which is located outside of China. The location of 4-s of similar stations of the PRC has previously been able to agree with the authorities of Kenya, Namibia, Pakistan and Chile.

This message at one time caused a kind of sensation. Even then, experts tried to predict how Washington would respond and how it would react to this deal, taking into account the close military-strategic ties established between Australia and the United States. Perhaps the recent discussion of the deployment of a new US tracking station in Australia, as well as the possibility of the use of Australian naval bases and air bases by the US military, is the answer to this question.

Russia is also working on the construction of space tracking stations. Not so long ago, the First Channel broadcast a story about the construction of the most advanced Space Tracking Center in Russia. With the help of a laser telescope located there, scientists hope to determine the exact coordinates of the spacecraft, and in the near future they will be able to examine them in detail in Earth orbit. Scientists hope that thanks to a ground tracking station they will be able to avoid many emergency situations in space. It is reported that this object will be part of the newly created Aerospace Defense Forces. 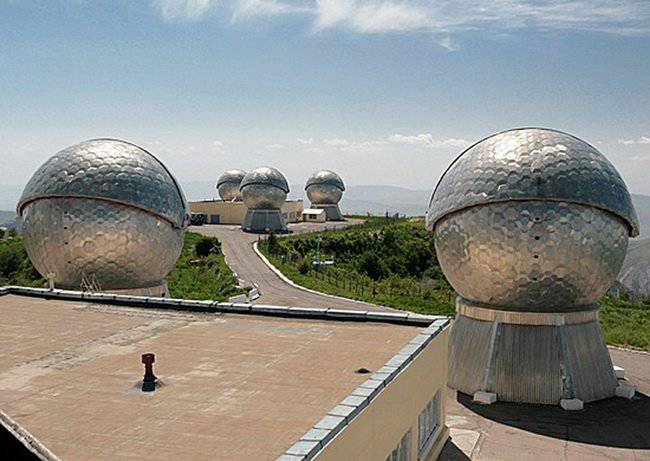 Space tracking center in Altai
The village of Savvushka, located in Altai, was chosen as the site for the construction of the Space Tracking Center. This area is considered the best in Russia in terms of astroclimatic characteristics. It is in Altai more than anywhere else in Russia, sunny days and clear nights. Namely, these 2 conditions are paramount for the operation of the laser telescopic equipment of the station. It is reported that the first laser telescope, located in this center, has been successfully operating for several years. Using this telescope, engineers can determine the exact coordinates of space objects that are remote from our planet at a distance of 40 000 km. In this case, all information is automatically drained into the hardware.

One of the main objects of observation for the station is the Russian GLONASS navigation system. The data that the center specialists receive actually characterize the accuracy of this system. Based on these data, decisions can be made in the future already in the main space center aimed at correcting the operation of the navigation system. Overnight, operators working at the Space Tracking Center track the order of 50 satellites. The laser beam that cuts through the darkness of the Altai night can be seen quite well at a great distance; its source is a telescope equipped with a unique optical system.

The point is that special matrices installed in the telescope regulate the intensity of light, which allows you to take pictures of spacecraft with very high detail. Nikolai Gorbushin, head of the separate measuring point of the East Kazakhstani Armed Forces, noted that, being on the surface of the Earth, we can observe space objects only through the thickness of the planet’s atmosphere. At the same time, the Earth's atmosphere, due to various natural processes - thermal currents, winds - is heterogeneous, with turbulence in it. The flexible mirror of the telescope can change its curvature, compensating for the atmospheric trembling, it was rather difficult to realize this in practice. 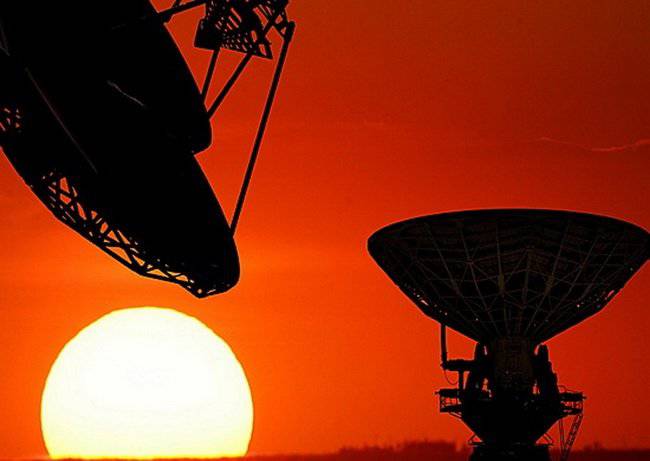 Space tracking center in Altai
The capabilities of the space tracking center located in Altai will become even more significant when the installation work on installing the second telescope is completed. The new telescope will be focused on low orbits. It is known that the largest number of satellites is currently located in these orbits. The new optics, created by Russian scientists, will allow the center's controllers to receive images of the smallest parts of spacecraft, which in turn will help determine in time whether all of the systems are working properly and in normal mode.

According to the chief designer of the Altai Optical Laser Center Yevgeny Grishin, it does not always happen that when placed into orbit, all objects would open up exactly as the creators wanted. In this case, objective data may be impossible to obtain in any way other than optical. Especially relevant optical information in the event that the radio channel does not work, the situation with the Phobos-Grunt space interplanetary station clearly demonstrated this.

Currently, one of the tasks of the Altai Space Tracking Center is to work ahead of the schedule, that is, transmitting to the Earth information about unsuccessful launches of spacecraft even before parts are launched into the orbit of satellites or ships fall to the surface of the planet. The space tracking station will be launched in 2013 year with full power. Currently, its only counterpart in the world is the US station, located on the Hawaiian Islands.