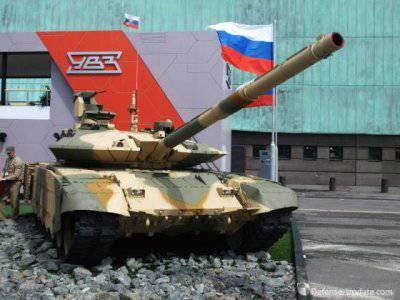 Indian High Army Generals Try to Postpone Trials tanks Arjun for the sake of acquiring new Russian T-90MS tanks, sources told Business Standard. The upcoming tests of the Arjun tanks have been postponed to a different time, so that there are no reports in the media about the superiority of these tanks over the T-90, writes famous blogger Ajai Shukla on his blog.

The tests were pushed into the background by the decision of the Directorate of Military Operations of the Ministry of Defense of India, which is closely connected with the chief of staff of the ground forces.

At stake is the possible acquisition of 354 new T-90MS tanks to equip six tank regiments on the border with China. The government wishes to direct these tanks to equip two tank brigades and a shock mountain corps.

T-90MS will complement the fleet of 1657 T-90C and 2414 T-72C, already deployed on the border with Pakistan. At present, the Army has only a total 124 tank "Arjun" with the possible acquisition of another 118 vehicles. But the Army Command denies that the Department “torpedoes” the tests of the “Arjuns”.

Tank "Arjun", developed by the Indian organization of defense research and development DRDO, has already proved its superiority over the T-90 in comparative tests. But the army claims that this 60-ton tank is too heavy to operate in the sands of Punjab and Jammu and Kashmir, and therefore their deployment in the deserts of Rajasthan should be limited. This means that Arjuns can only be equipped with 4-6 tank regiments of 65. 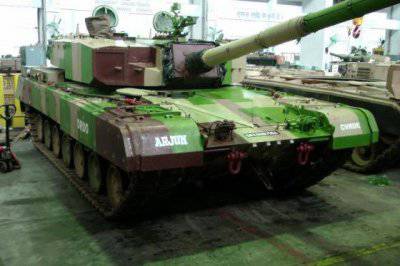 DRDO refutes this logic of the military, stating that "the heavy weight of the Arjun tank is distributed over a greater number of road wheels, as a result of which its share on the ground is lower than that of the T-90." These arguments are confirmed historywhen, during the Indo-Pakistani conflicts, the Pakistani 42-tonne M48 stuck in the soft soil of Punjab, while the 51-tonne "Centurions" of the Indian army moved easily to the battlefield.

The T-90MS is an upgraded version of the T-90С tanks, which India has been purchasing since 2001. It is believed that these tanks are well suited for operation in extremely low temperatures in Ladakh, Sikkim and Arunachala Pradesh. “Arjun”, on the contrary, feels fine at the high temperatures of the Indian plains, where T-90C repeatedly failed. Currently, the T-90C are mass-produced at the heavy engineering plant in Avadi (Chennai). Tanks of the Indian assembly were less reliable than the cars supplied from Russia.

“The deployment of T-90MS on the border with China is justified, but in areas with high temperatures (on the border with Pakistan), Arjun should be given a chance to replace Russian tanks,” said one of the current commanders of the tank corps as an army general.

Six tank regiments on the border with China will be included in two tank brigades deployed in Ladakh and northeast of this state. Both sectors include valleys and plateaus where China can use its tanks. New regiments will protect these areas, as well as provide the potential for a retaliatory strike in the event of a Chinese attack.