November 28, 2012
12
In the period after the creation of the Tu-144 ANTK (Aviation scientific and technical complex) named after Tupolev and other leading industry research centers, such as LII, VIAM, TsIAM, TsAGI, did not stop working on second-generation supersonic passenger aircraft. These works consist of aircraft design, development of aircraft components, as well as experimental and research work on the creation of new coatings, materials, and technological processes. The experience of creating the Tu-144 was widely used during the development of the Tu-244; two Tu-144Ds in 1993 were converted into flying laboratories as part of work on second-generation supersonic passenger aircraft. Due to lack of funding, work on the Tu-244 did not advance beyond the research stage, and the Tu-144 flying laboratory participated in a joint US-Russian flight research program in the interest of developing technologies for the creation of new-generation supersonic passenger aircraft (HSCT). 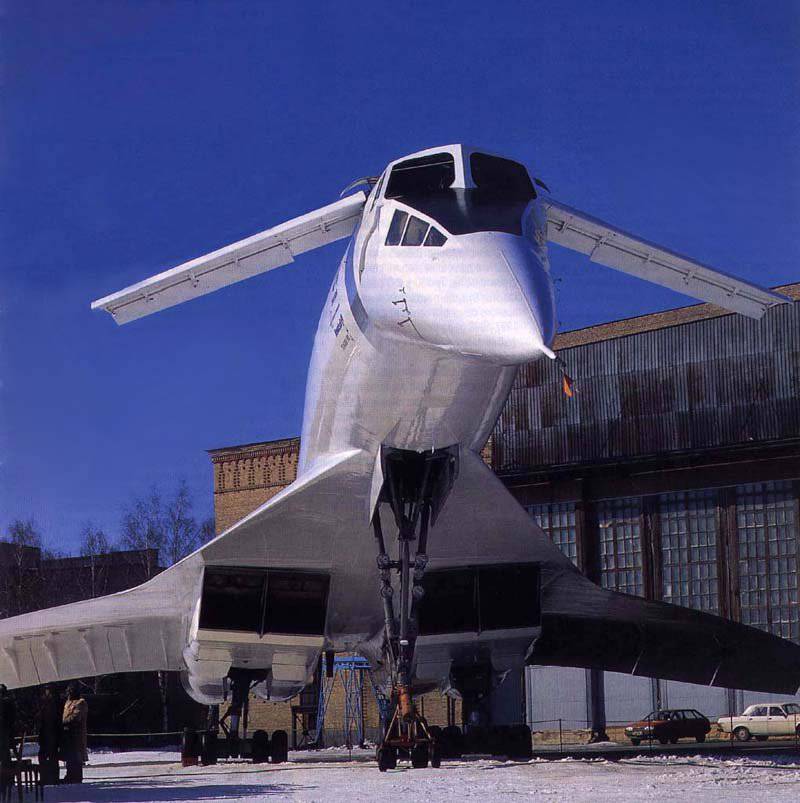 An intergovernmental agreement signed in June by 1993 provided for the use of a refurbished Tu-144D as a flying laboratory to study issues of aeroelasticity and aeroacoustics, create a database on the heat state of the power plant at high speeds, develop controllability and sustainability issues, assess the effect of the ground surface on takeoff and landing modes . The choice in favor of the Tu-144 aircraft (and not the "Concord") was made due to the greater maximum flight speed, the presence of retractable front horizontal tail, and, possibly, the lower rental cost.

The ANTK Tupolev for the six-month flight test program provided a flying laboratory - Tu-144D (onboard No.77114, released in 1981, 82 flight hour 40 minutes), which is equipped with an aircraft escape system capable of accepting a seat free from the seat, significant volume of instrumentation. This aircraft was selected from four Tu-144, preserved in a condition suitable for flight. The power plant was subjected to a radical alteration. On Tu-144LL engines РД-36-51А developed by Kolesov P.A. were replaced by forced turbojet bypass engines NK-32-1, used on a strategic bomber Tu-160. The use of these engines made it possible to increase the speed from M = 2,15 to M = 2,3. To register the parameters and experimental data to confirm the airworthiness on the plane, a new Damien data recording system was installed. The Tu-144LL was literally crammed with thermal sensors and sensors for friction of the skin, pressure, equipment for measuring the parameters of the aerodynamic boundary layer.

The program was funded by Boeing Corporation with the assistance of McDonnell Douglas (which recently merged with Boeing), General Electric, Pratt & Whitney and Rockwell, as well as NASA. Although the program cost has increased from 9 to 14 million, the Tu-144LL program is only a small part of the National Aerospace Agency’s XDUMX million contract with McDonnell Douglas and Boeing for High-Speed ​​Research (HSR).

17 March 1996 in Zhukovsky on the flight test base of the ASTC Tupolev took place the solemn rolling out of the flying laboratory of the Tu-144LL. During the rally organized in honor of this event, Anatoly Bratukhin, Deputy Chairman of the State Committee for Defense Industry, Thomas Pickering, US Ambassador to Russia, Valentin Klimov, General Director of the ASTC, made a speech. Tupolev, Alexander Pukhov - Chief Designer, Leslie Lackman - Vice President Rockwell - North American, Louis J. Williams - Director of NASA and other guests of honor. 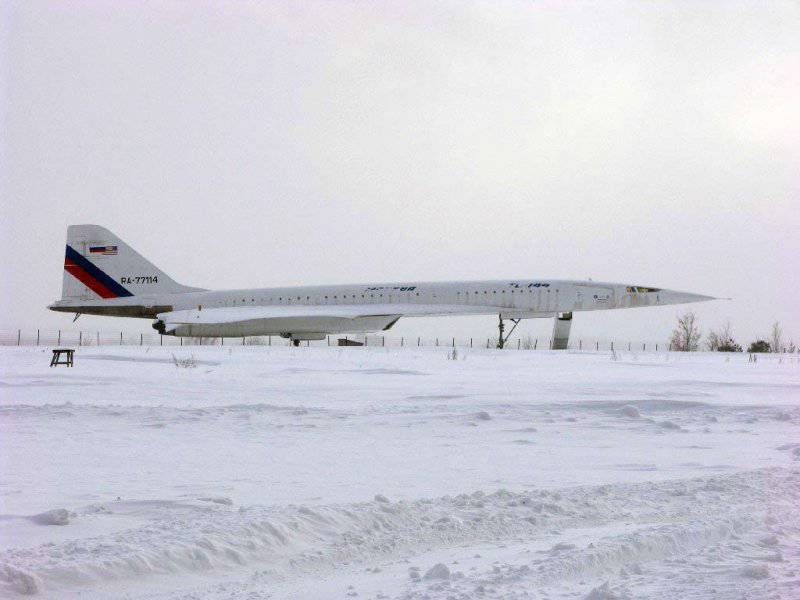 Before the flight tests were conducted ground tests on spec. stands, which allowed to get a large amount of information about the work of the engines, which are necessary for the development of the power plant of the future.

By the fall of 1997, they performed a series of eight flights in a significant range of altitudes and speeds (h> 17 thousand m, M> 2). Then ten more flights followed. In total, it was planned to carry out 32 flights. The flying laboratory was piloted by test pilots of the LII them. Gromov and ANTK them. Tupolev. On the Tu-144LL in September 1998, two NASA research pilots performed three assessment flights at LII.

The American company Boeing and the ANTK named after Tupolev in June 1999 successfully completed a joint research program on the Tu-144LL to create a promising passenger supersonic aircraft.