The “Russian march” of nationalists attracted pensioners and military

November 5, 2010
1
On the National Unity Day in Moscow, nine large public events took place. The Russian March on the Taras Shevchenko Embankment became the most numerous rally, and the Russian March in the Lyublino district was the most controversial. 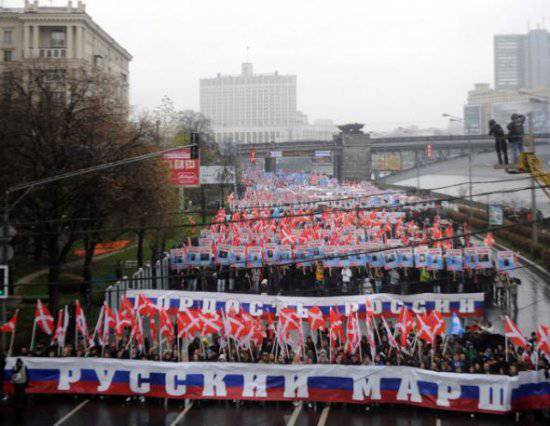 The Russian March, which took place on Thursday, November 4, in the Lublin district, was organized by the nationalists. The area where they were allowed to carry out this action in the Movement Against Illegal Immigration (DPNI) is considered “the most unfavorable in terms of migration problems” part of the city. It is here that the “Moscow” trade and fair complex is located, in which foreign sellers from the closed Cherkizovsky market have settled. 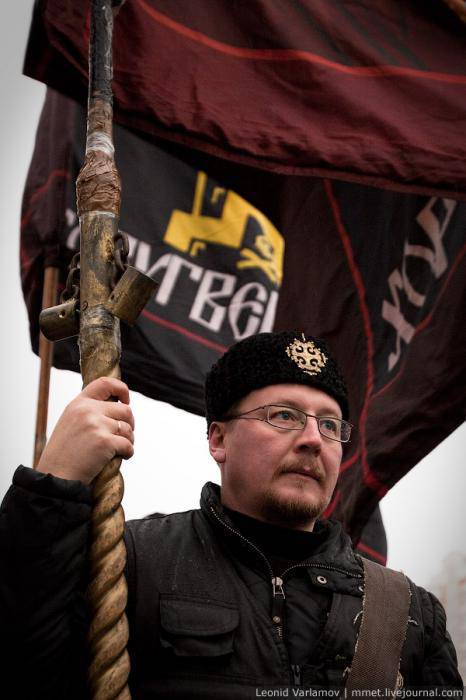 One of the organizers of the march, George Borovikov, said that the authorities were afraid to let the “Russian march” into the center of Moscow, and therefore allocated a place for it to be held on the outskirts of the city. Recall that in the 2009 year, the “Russian March” also took place in Lyublino along the same route. 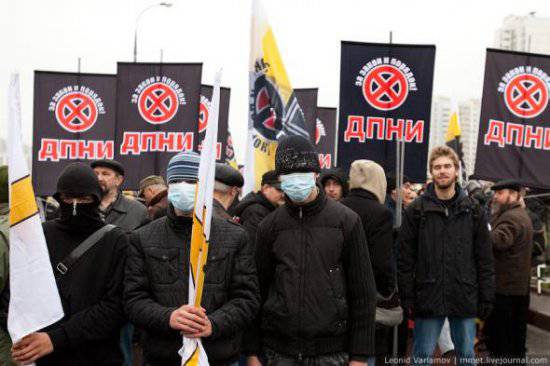 What do we celebrate?

The National Day of National Unity 4 November was established in December 2004 of the year to commemorate the events of 1612, when the national militia led by Kozma Minin and Dmitry Pozharsky liberated Moscow from the Polish interventionists.

The new holiday actually replaced another November “red calendar day” - 7 November, originally celebrated as the Day of the Great October Socialist Revolution. The usual attributes of this state holiday were a military parade and a demonstration of the people in Red Square. With the collapse of the Soviet Union, the holiday 7 November was renamed the “Day of Reconciliation and Reconciliation”, and then canceled altogether. 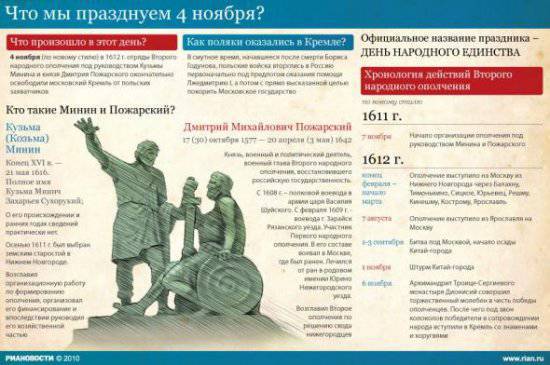 The city authorities allowed the nationalists to march down Pererva Street to the intersection with Lyublinskaya Street. 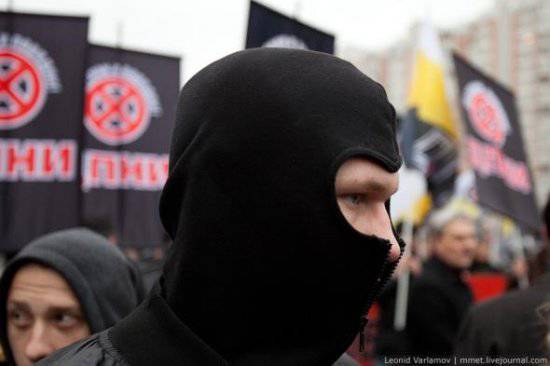 In 12.00, the protesters began to gather in Lublin. Almost all of them reached the gathering place on the metro, and a small rehearsal of the “Russian March” took place right in the capital’s subway. In the train cars, young people, mostly dressed in sweatpants and jackets, shouted nationalistic slogans, looked at their mobile phones for images of the imperial flag and the swastika. Some of them actively consumed alcoholic beverages. 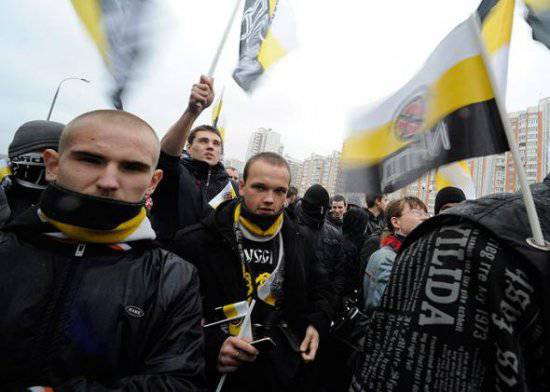 Many participants of the "Russian march" came to the rally with imperial flags.

The gathering of participants took place near the house number 61 on the street Pererva. Policemen stretched along the road along a chain. In order to join the column of demonstrators, it was necessary to pass through a metal detector. At the entrance, only two “frames” were installed, which made a decent line of people willing to join the march. 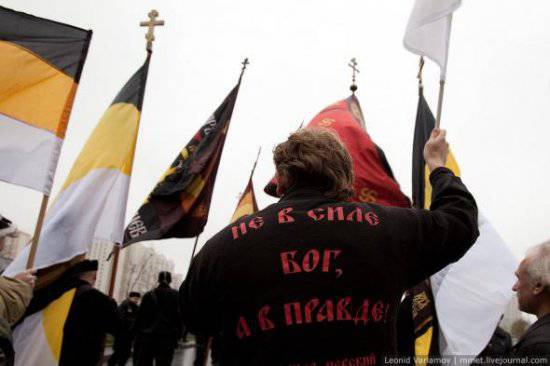 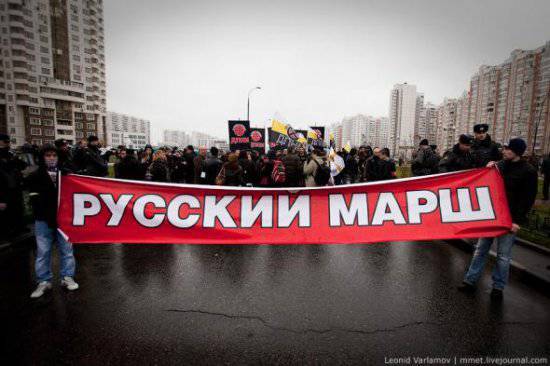 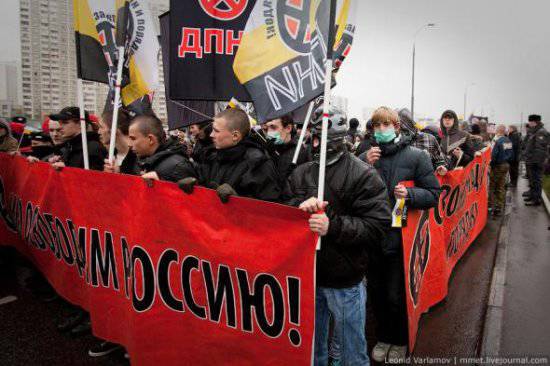 The participants in the nationalist campaign were mostly guys aged from 17 to 30 years, but there were also many teenagers, pensioners, parents with children in wheelchairs and the military. 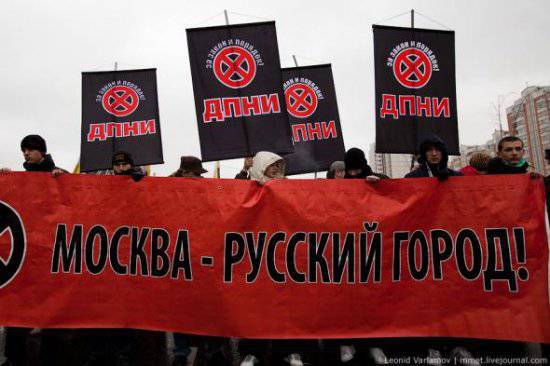 “I am a member of the Minin and Pozharsky People’s Militia,” said Vladimir Kvachkov, a member of the “Russian march,” accused of attempting to assassinate Anatoly Chubais and recently acquitted by a jury, told GZT.RU. “In 1612, Minin and Pozharsky liberated the Kremlin from invaders — Polish, Jewish, and Lithuanian. Poles and Lithuanians are not sitting in the Kremlin today, but ... ”According to Mr. Kvachkov, 4 in November is a holiday for him and his colleagues in the movement, which they came to celebrate in Lyublino.

“I came to fight for the Russians to be in the Duma,” said Ekaterina Vasilyevna, a pensioner from Lyublino, who did not want to give her last name. 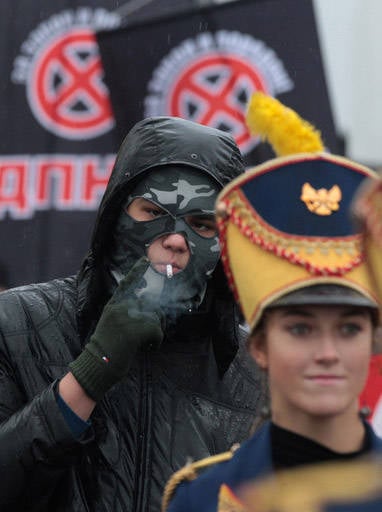 Part of the participants of the "Russian march" chose to hide their faces.

Many demonstrators refused to give any comments.
In 13.00, a column consisting of approximately 7 thousand people moved along Pererva Street. All participants were divided into small groups that followed each other at a short distance. “Guys, we are building exactly like white people, and not some kind of cattle,” commanded Georgy Brovikov, one of the organizers of the rally.

During the march, its participants shouted slogans — from quite harmless, for example, “Glory to Russia!”, To nationalistic ones, such as “Country and Capital — Russian Faces”.

The march passed without incident. The columns reached the intersection with Lublin street, where the concert took place.
Rally in honor of the heroes and antiheroes

Simultaneously with the nationalist, the Russian March began, organized by the Nashi and Stal youth movements. It took place on the Taras Shevchenko embankment and gathered more than 20 thousand people.


The rain did not prevent the nationalists from spending more than 4 hours on the street.

The march passed without incident. The columns reached the intersection with Lublin street, where the concert took place. 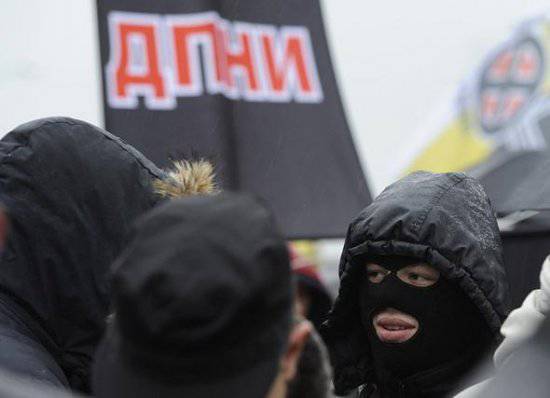 Rally in honor of the heroes and antiheroes

Simultaneously with the nationalist, the Russian March began, organized by the Nashi and Stal youth movements. It took place on the Taras Shevchenko embankment and gathered more than 20 thousand people. 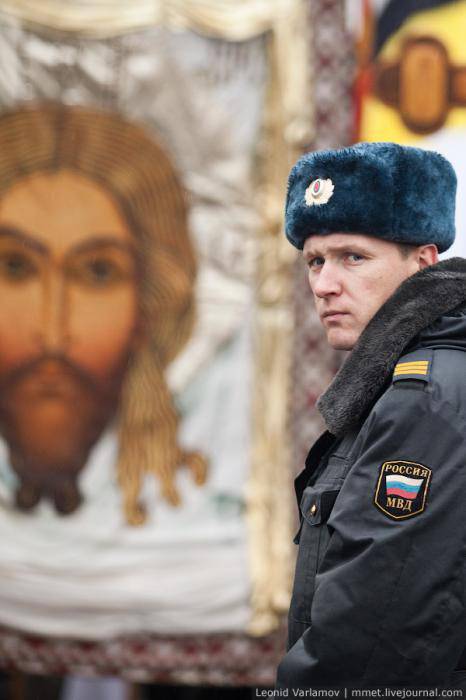 Portraits of those who dishonore Russia, showed Muscovites. 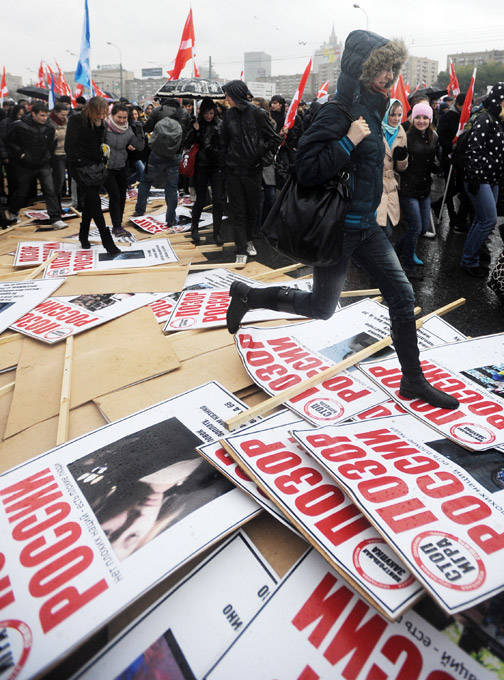 The participants of this action were divided into two columns. The youth in one of them carried portraits of the “heroes of Russia” - veterans of the Great Patriotic War, serving in the army of young people, parents. In another column they carried posters of people who, in the opinion of the organizers of this “Russian march”, disgrace our country and violate laws — open brothels, sell alcohol to minors.
Participants of the "Russian march" walked from the hotel "Ukraine" to Europe Square. After that, they were divided into groups and went to shoot videos about the sale of expired products in Moscow. The footage will then be handed over to the mayor of Moscow.

The Russian March on Taras Shevchenko Embankment became the most numerous public action held on November 4 in Moscow on November 2010.