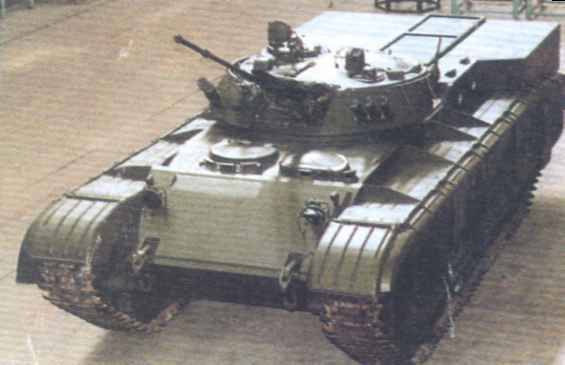 After the Soviet Union ceased to exist, the newly formed Ukrainian state refused to purchase Tanks and military equipment for their armed forces. This led to the fact that the Kharkov plant named after Malyshev, who was one of the leaders in tank building in the USSR, was forced to take up the production of equipment, which in the old days had nothing to do with it.

Thus, in the middle of 90-ies, the design bureau of the plant began to develop the first heavy infantry fighting vehicle. I must say, this company was not the only one who was engaged in the development of heavy infantry fighting vehicles, such work was carried out, for example, in Leningrad. However, it was at the Malyshev plant that this development was translated into reality. It was assumed that this technique will be intended for export. The main task, which was set before the developers, was to create an inexpensive combat vehicle, which at the same time would have high technical characteristics, firepower and enhanced security.

It is noteworthy that the basis for the new machine was not the newest tank of that time, the T-84, or even the T-80, but the British “Centurion” modernized in Jordan, which was called the “Tarik”. This choice was explained primarily by the fact that it was this state that was interested in purchasing BMPs.

The tank fleet of Jordan is armed with the 300 order of outdated British-made tanks, which were modernized in Tariqi. The main results of the improvements were the replacement of the Meteor gasoline engine with AVDS-1790-2А diesel engines, the installation of a Belgian-made SABCA fire control system, which also resembled the Leopard-1 tank system. weapons and stabilization systems for hydropneumatic suspension. Thus, the Jordanian military chose the path of many states that also modernized the Centurions to their own needs: Israel, Sweden, and South Africa.

By the beginning of 2000, the development came to an end. The result of the work of designers was a prototype of AB-13 (it is known as the “AV13 project”). This sample participated in a tender for the supply of heavy infantry fighting vehicles for the Jordanian armed forces.

If we talk directly about the design and technical characteristics of the AB-13, then it should be noted that the tank chassis, as well as rollers, tracks remained almost unchanged. It was explained quite simply: in 1981-1985, Tariq underwent a deep modernization, as a result of which the above-mentioned hydropneumatic suspension was installed. At the same time, the body was largely modified, as a result, the AB combat vehicle began to resemble very much its design features of BDM-1 and BMP-3, albeit many times larger.

In front of the BMP is a department of management. The driver's seat is equipped with three periscopes and a hatch. Nearby is a place for one of the crew members, which is also equipped with periscopes (2 units) and a hatch. In the middle part of the AB-13 is the fighting compartment, which houses the gunner-operator and the commander of the machine. The full revolving tower is made in the shape of a truncated cone. It contains an automatic gun KBA-2 caliber 30 millimeters, which is analogous to the Russian 2А72, as well as 7,62-mm machine gun, ammunition and fire control system. On the outside of the tower are smoke grenade launchers, eight-barrel - in the back and tri-barrel on the sides. In addition, the possibility of installing an anti-tank missile complex, as well as an AG-17 automatic grenade launcher is also envisaged.

The engine compartment is located in the rear part. Between this section and the turret is located the troop compartment. For firing of small arms in the sides of the hull, several embrasures are provided, which are combined with periscopes. In order to ensure a more or less trouble-free landing of the landing force, Ukrainian designers decided to make a continuous passage over the engine-transmission compartment, ending with aft hatches. A small height of the MTO is provided by the installation of a Ukrainian diesel turbocharged 6TD or 5TDF, in which the cylinders are located horizontally. 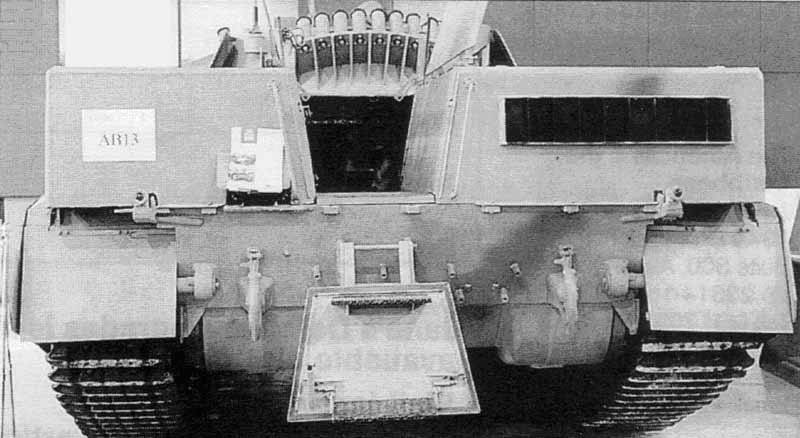 The entire undercarriage of the combat vehicle has steel bulwarks, which can be quickly dismantled. In addition, the tower also provides for an additional reservation, which is the armor plates, bent around the perimeter. It must be said that in comparison with the Centurion chassis, the reservation of the AB-13 is significantly strengthened, which allows for the protection of the crew inside from both small arms and artillery shells.

Despite the fact that the Ukrainian development was quite interesting and promising, the Jordanian military preferred their own-developed BMP, which was all based on the same Tariq tanks. This combat vehicle is known as the Thames. The reason for the rejection of the Ukrainian infantry fighting vehicles, according to some sources, was the lack of security of the tower, which in terms of protection was largely inferior to the hull.