Is NATO our expanding friend? 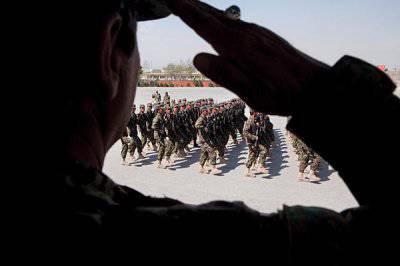 The topic of expanding the North Atlantic alliance is one of the most painfully perceived in Russia in terms of security of state borders. During the Cold War, opposition between NATO and the Warsaw Pact reached its peak, which was justified by the presence of two poles, claiming to control the geopolitical state of the planet. The Soviet Union on one side and the US - on the other hand tried to build up its military and political capabilities, surround yourself with loyal external forces with a view to have great opportunities for global control. The West’s expansion of NATO de facto justified by the fact that the world should be able to counter the “communist threat” coming from the Soviet Union and those countries that professed the same principles of life as the Land of the Soviets.

However, in the 1991 year, as we all know very well, the Country of the Soviets ordered a long life. The bipolar world ceased to exist, and it would seem that the need for NATO expansion disappeared by itself. But the expansion, which NATO conducted for the last time before the collapse of the USSR in 1982 (adoption of Spain), not only did not become part of stories Alliance, but also gained truly impressive momentum. The main ideologists of a blow up NATO decided quickly to stake out a place that once belonged to the so-called zone of influence of the Soviet Union, and even the Soviet Union itself. Republic And who realized that the Soviet Union no longer on the world map there, with a twinkle accepted an offer to join the new "large and friendly family" from Washington and Brussels. They would have entered 1991-1992, but only in NATO, apparently, they themselves did not expect that their main adversary on the military-political landscape of the planet would suddenly disappear from this very landscape. Such things could be seen at the headquarters of the North Atlantic alliance, perhaps in the most optimistic dreams ... But the dream became real, and painstaking work began, aimed at covering new and new territories, which were not exactly signed up to Western ideals, but simply solve their own security issues on their own. They just need another strong hand, that for a pair of kissing the slobbering can turn into a fist and punish the one who wants to hurt lobyzateley ...

The year 1999 was the fourth expansion of NATO, and the Czech Republic, Hungary and Poland were in this organization. In 2004, the North Atlantic Alliance was rooted in seven more countries: Romania, Latvia, Lithuania, Slovenia, Slovakia, Estonia and Bulgaria. After another five years, the Croats and Albanians joined the "Atlantic Brothers".

At the same time, welcoming speeches for all newcomers entering without exception boiled down to the fact that with their arrival, NATO will become even stronger and will be more able to withstand an external threat that can be directed to any of the member states of the alliance.

At the same time, it was not entirely clear, but someone in the NATO after the collapse of the USSR sees as its main enemy, capable of spewing sharp arrows terrible threat. Streamlined talk about the threat from North Korea and Iran, to put it mildly, did not quite fit into the expansion strategy. To say that Poland admitted to NATO in 1999, at least somehow threatened the DPRK, to put it mildly, it is naive. It is also naive to think about the Iranian "desire" to deliver a crushing blow to the alliance adopted in Estonia's 2004 year.

But NATO's budget - this thing that needed and continues to need constant replenishment to the horde of "North Atlantic" officials felt comfortable. And in order for the stability of the financial replenishment of the NATO treasury to take place, it was also necessary to regularly compose enemies for themselves. And the essays on the designated topic literally bundles laid down on the tables of those who were supposed to upload substantial funds to the budget of the alliance. After all, the wishes of podgresti under themselves most of the world could not be realized from scratch. Needed new tools. But how can such funds be obtained if the member countries suddenly found out that adequate opponents of the alliance after the collapse of the USSR dissolved into the annals of history? .. So terrible tales about the threat to all of humanity from Al-Qaeda began to appear, the story the appearance of which strangely fits in with the activity of the leading member of the North Atlantic alliance - the United States of America. This penned, developed and well-propaiated "Frankenstein" (talking about "Al-Qaeda") became an incentive to declare the need to more and more closely unite under one "democratic" wing, the need not to skimp on material contributions and in case of need to provide its troops , technique weapon (purchased, by the way, from the “grandfathers” of NATO for loans issued from the United States and Great Britain) to participate in operations against terrorist evil. And the fact that this terrorist evil had its headquarters in Washington loyal Saudi Arabia, Qatar and other "democratic" countries, trying somehow not to mention.

As a result, the NATO budget has become very impressive. And with the growth of the organization’s budget, the budget deficit also grew. For example, in 2010, the deficit was about 545 million euros. This is despite the fact that the budget itself in the same year 2010 amounted to $ 1 billion. 81 million. At one of the meetings held between representatives of NATO member countries, they decided to proceed with a budget reduction. There are thoughts that the treasury must be optimized downward by about 10%. And these thoughts were expressed primarily by NATO economists. But the very need for budget cuts seemed terrible for the main NATO officials. In the US, they immediately began talking that with the reduction of the NATO treasury, the organization’s defense capability would decrease. At the same time, US President Obama began to declare that it was necessary to reduce funding not only for NATO (from $ 785 million to $ 731 million at the first stage), but also the Pentagon too. And this has already forced Leon Panetta to shout, to whom any underfunding of the department he heads, you know, is like a knife ...

And as soon as a strategy for reducing NATO and Pentagon funding 2011 year was launched as the world embraced a series of "anti-democratic aggression". Before that, you know, no one knew about the African and Middle Eastern "oppressors of their peoples", but here it began ... With enviable regularity, the main news agencies of the world began to expose the "bloodthirsty regimes" of Mubarak, Gaddafi, Assad and others. The planet found out that, in Egypt, there is no respect for human rights, in Libya, the head of state himself rapes literally everyone who comes to his hand, in Syria, Asad “drinks the blood of infants” ... Right there the NATO “sarichas of world democratization” rushed to their "Victims" and showed that the very holding trusts them to save the world from anti-human regimes. Chaos began to spread throughout North Africa and the Middle East. World media have again announced that the Iranian threat looms on the horizon, which needs to be urgently stopped. Around the same time proved to be a series of proposals by the United States against the European states about the need to start participating in the phased construction of the missile defense shield, against all possible threats. Like, we will cover you with an umbrella from all world shocks. The majority accepted such offers with joy, some were even saddened that they did not receive similar offers.

And as soon as the information that the US radars and interceptors may appear in close proximity to Russian borders came to Moscow, the Russian authorities began to speak about the possibility of retaliation. Well then, well, I'm sorry for the pun, then what, NATO is necessary! If Russia also begins to threaten, then what about the reduction of the budget of the North Atlantic alliance can we talk about? Here you need to think about how to recruit under the banners of new adherents the doctrine of global global security, which in the usual language is called money laundering.

So what if NATO and Russia signed an agreement on mutual relations, cooperation and security in 1997. This agreement allows the current General Secretary of the Alliance to have an ideal platform for maneuver. On the one hand, Rasmussen can repeat a word a hundred times that Russia is not an enemy for NATO (this is against Russia), and at the same time, in a narrow circle of like-minded people, denounce the threatening behavior of Russia and beg for new funds to finance its organization. And, most importantly, no one is going to give any guarantees for Russia of the “friendliness” of the expansion of the alliance. Like, you are not confident in our sincere and pure thoughts? - Study the convention of the sample 1997 of the year. We there clearly told you: 1. NATO has a friend. 2. If NATO is not a friend, see point one.

The presence of such a set as "anti-democratic regimes" plus "Russia threatens the world" plus "global terrorism" plus "nuclear threat of North Korea and Iran," it is the basis of today's NATO's existence. Peculiar whales, keeping the alliance in balance. After all, there are enough countries in the world whose citizens are ideologically processed in terms of the need for fear of these threats. And if there is an ideological treatment of the population, it means that the show called “NATO saves the world” continues ...