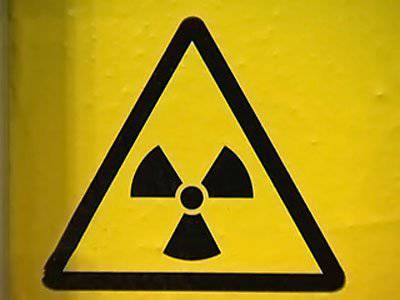 More than 65 years ago, the US began nuclear testing on the Marshall Islands in the Pacific. For many decades, this topic was a kind of taboo for the Western world, especially for the United States, which tested the "devil", as the islanders themselves called it weapons under the good intentions "in the name of peace and security on Earth." However, at 2006, during international events dedicated to the 60 anniversary of the sad date, a decision was made at the UN level to formally investigate all the circumstances and effects of American tests on Aboriginal people and the environment.

During this time, several dozens of expeditions of scientists, as well as activists, members of environmental non-governmental organizations and human rights activists were sent to the Marshall Islands. Participated in the study of problems and officials of the UN. Summaries, conclusions and recommendations will be presented to the Human Rights Council at the United Nations Headquarters in Geneva by Special Rapporteur Kalin Gergescu in a few days.

As you know, the Americans tested the first atomic bomb in the atmosphere of 16 July 1945, on their own territory, near the town of Alamogordo, New Mexico. Then - on the inhabitants of Japan: the nuclear apocalypse of Hiroshima and Nagasaki is celebrated annually since August 1945. After that, the US authorities decided to test a new weapon away from their own territory. The choice fell on the poorly populated, lost in the Pacific Ocean Marshall Islands, which immediately after World War II were under UN control, and after the explosions in 1946 on Bikini Island of two American atomic bombs, the tutelage over them was transferred to the United States. The White House has made serious commitments: "to protect the inhabitants of the islands from the loss of their lands and resources" and "to protect the health of the inhabitants of the protected area."

How exactly the Americans “defended” the people entrusted to them and their land, it became apparent from the declassified in 1994, as well as recently official documents. It turned out that this "guardianship" pulls on an international tribunal. "Between 1946 and 1948 for years," the author of The Danger of Nuclear War: The Rongepele Atoll Report by anthropologist Barbara Johnston told me, "The United States tested 66 nuclear bombs on or near Bikini and Enivitk atolls from the inside of the islands and, as declassified documents show , hitting the local population. "

The total explosive power on the Marshall Islands was 93 times higher than all US atmospheric nuclear tests in the desert of Nevada. It is equivalent to more than 7000 bombs dropped by the US on Japanese Hiroshima.

In March, 1954, a secret test codenamed "Bravo" was conducted on Bikini, the results of which stunned even the military. The island was virtually destroyed by a hydrogen bomb, which was a thousand times higher than the power dropped on Hiroshima. "On the eve of this test," environmental activists Jane Goodall and Rick Esselta told reporters, "the weather deteriorated, and in the morning when the test was conducted, the wind blew directly onto American warships and several inhabited islands, including Rongilep and Utrik. However, despite the fact that such a wind direction posed a danger to people living on these islands was bombed. Huge clouds of sand, white ash settled on several atolls, hitting people, including a small number of Americans there. "

In general, according to estimates from declassified US materials, as a result of nuclear tests, about 6,3 billion curies of radioactive iodine-131 were released into the atmosphere over the Marshall Islands. This is 42 times as large as the 150 of millions of curies released as a result of tests in Nevada, and 150 times as many as 40 of millions of curies after the Chernobyl accident. (According to expert estimates, emissions at the Japanese nuclear power plant Fukushima currently range from 2,4 to 24 million curies, and they are still in the process.)

However, according to the documents, not only the local population suffered because of secret nuclear weapon tests. Under the "distribution" near the island of Bravo in 1954, the Japanese fishing vessel Daigo Fukuryu Maru ("Lucky Dragon") also fell. All crew member 23 received heavy exposure. One of them, Kuboyama Aikishi, died a few weeks later. (The Americans, on the other hand, donated antibiotics to the Japanese for the treatment of the irradiated crew.) At the same time, the residents of the islands were not warned about testing, they were not taken out at least to this time to a safe place. Without knowing it, they had actually experienced the deadly effect of nuclear explosions on health.

As Barbara Johnston says, unsuspecting, irradiated Aboriginal people from Rongepele Island after the tests were resettled and became objects for the Americans to conduct top-secret research on the effects of radiation on human health ("4.1 Project"). Even then, the consequences of radiation penetrating into the human body were ascertained and documented, but these people did not receive any treatment. The results of the movement and accumulation of radioisotopes in the marine and terrestrial environments of Rongepep and other northern atolls were also not made public at that time.

In 1957, the irradiated natives, as reported in the recently presented to the US public documentary film “Nuclear Wildness. The Islands of the Secret Project 4.1” (by Adam Horowitz), were returned with great fanfare to their homeland, where they built new houses in the affected area. This was, say the creators of the US incriminating film, a planned experiment. (In the USSR, something similar happened in 1986 after the accident at the Chernobyl nuclear power plant - then, at the suggestion of the Politburo of the Central Committee of the CPSU, homes for displaced people were built in the affected areas.) American medical scientists observed an irradiated population of people in the natural, so to speak, conditions of acquired radioactivity. Officials from the Department of Defense and the US Atomic Energy Commission ran it all.

Physicians landed on the islands every year to examine the deteriorating health of the local population with x-rays, blood tests and other methods. The results were carefully documented and stored in the military and medical annals under the heading "Top Secret".

People on the islands of Rongilep and Utrik got skin burns, their hair fell out. But then in the report of the US Atomic Energy Commission for the press it was said that several Americans and Marshallians "received a small dose of radiation. But there were no burns. Everything went fine." In a closed report by the authorities, it was stated that 18 islands and atolls could be contaminated by radionuclide fallout as a result of tests under the Bravo project. A few years later, in a report by the US Department of Energy, it was noted that, in addition to the 18-mentioned ones, other islands were also contaminated, and five of them were inhabited.

In the 1955 year (at the height of the nuclear tests on the Marshall Islands), the United Nations Scientific Committee on the Effects of Atomic Radiation was established by a group of well-known nuclear physicists. There was a wave of protests in the United States itself. More than two thousand American scientists in 1957 have demanded that the authorities immediately stop testing nuclear weapons. About ten thousand researchers from more than four dozen countries sent a letter of protest to the UN Secretary General.

However, in response to the legitimate demand of the Marshall Islanders to stop nuclear testing and the destruction of the islands, Great Britain, France and Belgium proposed an agreed draft resolution, which cynically indicated that the United States has the right to conduct nuclear testing on the trust territory "in the interests of world peace and security."

However, nothing strange. By that time, Great Britain and France were already conducting their own nuclear tests with might and main, and a ban on such tests by the United States would automatically put an end to their own nuclear developments. Therefore, despite the protests of the world community, the US continued nuclear explosions in the Pacific Ocean.

The Soviet Union, which tested its own atomic bomb in August on 1949, also took part in the campaign against nuclear testing in the Pacific. In 1956, the USSR declared a moratorium on tests, believing it was obvious that few nuclear countries would follow its example. But instead of sitting at the negotiating table and deciding whether to stop testing or at least a temporary moratorium on them, the United States and the United Kingdom conducted 30 new explosions, including on the Marshall Islands. The last "mushroom mushroom" covered the sun over them in 1958.

The first tumors of the thyroid gland appeared in the inhabitants of Rongelep in 1963, after 9 years after testing one of the most powerful hydrogen bombs. Due to nuclear tests, about a thousand residents of the Marshall Islands, according to independent international experts, died from cancer and other diseases. Only 1865 people were officially recognized by US authorities as victims of US nuclear testing. They were paid compensation in excess of $ 80 million. More than 5 thousands of islanders have not received any compensation, because the US authorities did not consider them victims of a nuclear strike or radioactive contamination. Now, apparently, this injustice will be corrected.

But the horrendous consequences for humans and the environment could well have been avoided. And in general, the whole world история could go differently if the UN accepted the proposed 1946 of the USSR in June (even before the first nuclear test on the Marshall Islands) "International Convention on the Prohibition of the Production and Use of Atomic Energy Weapons for Mass Destruction." But this document remained a project. Neither the United States nor its allies were ready for such a turn of events. They were rushing their other development - an unprecedented race of new weapons - nuclear ones - began. And there are some islands and their inhabitants (not Americans, moreover) for the authorities of the emerging superpower had no meaning.

Only five years later, in July 1963, after the exhausting negotiations between the USSR and the United States and Britain, the unprecedented "Treaty Banning Nuclear Weapon Tests in the Atmosphere, in Outer Space and Under Water" was signed. According to Russian experts, published in the Atomic Energy Bulletin, by this time about 520 nuclear tests in the atmosphere had already been conducted on the planet. The USA and the USSR detonated more than 210 atomic and hydrogen bombs, Great Britain - 21, France - 50 and China - 23. France continued to test in the atmosphere until 1974, and China - until 1980 year.

The report of the UN Special Representative for September of this year on the results of research into all the circumstances of the American nuclear tests on the Marshall Islands and their impact on the human population of the Pacific region, as well as the public international tribunal created for this, will probably become another step to outlaw nuclear weapons ( one such decision of the International Court of Justice in The Hague already exists), which means its destruction.