With the mouth of a lion on the fuselage. Singapore Air Force Review 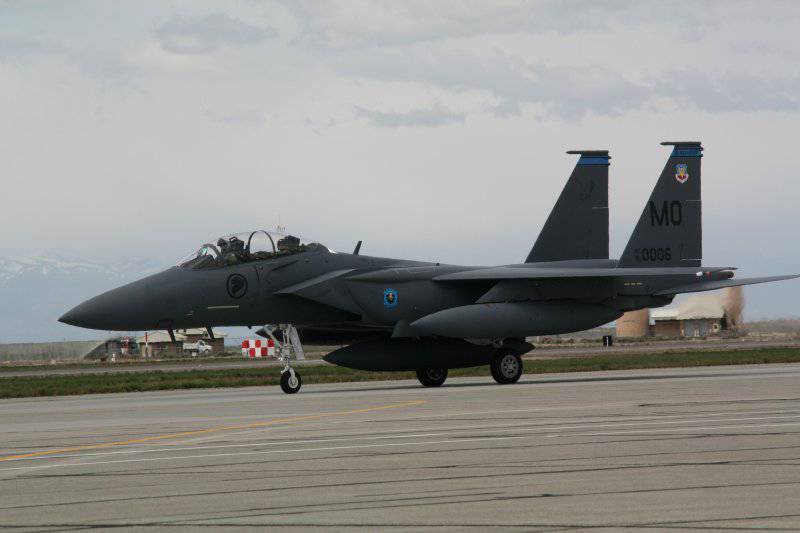 The unique state, smaller than St. Petersburg, even imports fresh water and sand - the current program for expanding the area of ​​Singapore implies a constant naying of artificial islands in the sea: as a result, over the past decades the area of ​​the country has increased by 50%.

Five million Singaporeans live on 60 islets in peace and harmony. Despite the extreme lack of space, there is enough space for everyone, but they never heard of traffic jams here. The problem of traffic jams here was solved in a very obvious way: bought a car? well done! now buy numbers for 80 thousand dollars. In principle, 80 thousand is not a big amount for Singapore - here, for this money, you can spit on the pavement as much as 160 (the $ 500 penalty). Tough measures yielded results: Singapore is one of the cleanest and safest cities in the world.

In this tiny country, any familiar things suffer gigantism. Here are the largest seaport in the world, one of the largest airports in the world, as well as such an interesting phenomenon as the air force completely disproportionate to such a small state.

It will sound shocking, but on a territory that is 3 times smaller than Moscow, 10 aviation bases, for the most part, from the days of British rule. In fact, there are "only" nine airbases - "Changi East" and "Changi West" are a single complex with a common infrastructure.

The paranormal number of aircraft is even more surprising - as of today, the Air Force of the Republic of Singapore includes 420 aircraft! And this is not a “Potemkin village” - the Air Force is well balanced in composition, and the main part of combat vehicles is less than 15 years old. For example, all F-16 fighters obtained in the 1980-ies, were decommissioned in the last decade.

Singapore Aircraft is necessarily equipped with suspended aim-and-navigation containers, conformal fuel tanks (PTB in the form of streamlined "stickers" on the aircraft fuselage), sets of high-precision weapons - all the necessary components of modern combat aviation, significantly expanding its capabilities. Much attention is paid to promising means - in service with the air force are more than a hundred reconnaissance drones.

In addition to combat aircraft, the Air Force of the Republic of Singapore has a wide range of aircraft for solving special, reconnaissance and transportation tasks, as well as a whole fleet training machines.

All these factors transform the military aviation of a tiny country into one of the most powerful and modern air forces in the world. Let me give you such a spectacular example - the combat capabilities of the Air Force of the Republic of Singapore exceed the capabilities of the Royal British Air Force many times over! In principle, no country in Europe has an air force comparable in quantity and quality to the air force of a tiny Asian state.

The combat core of the Air Force of the Republic of Singapore are the F-24SG 15 fighter-bomber and the F-74 Fighting Falcon multipurpose fighter-16 fighter. 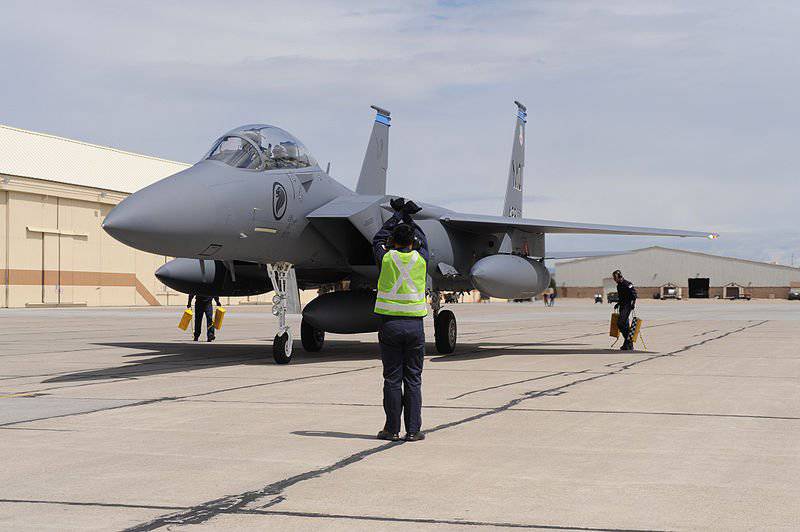 The symbol of Singapore is Merlion, a mythical creature with a lion's head and a fish tail. It was he who was chosen as the identification mark of the Air Force.
The F-15SG is an export modification of the F-15E Strike Eagle fighter-bomber, which differs from the original by the presence of a more powerful General Electric engine (the American Strike Eagle has Pratt & Wheatley engines), an advanced radar with an active phased array. the APG-63 array and an active jamming station developed in Israel. Singapore received its first F-15SG fighter-bombers in 2009. In total, the Singapore military intends to buy up to 80 such aircraft in the near future, however, the contract may be revised in favor of the F-35 Lightning II. 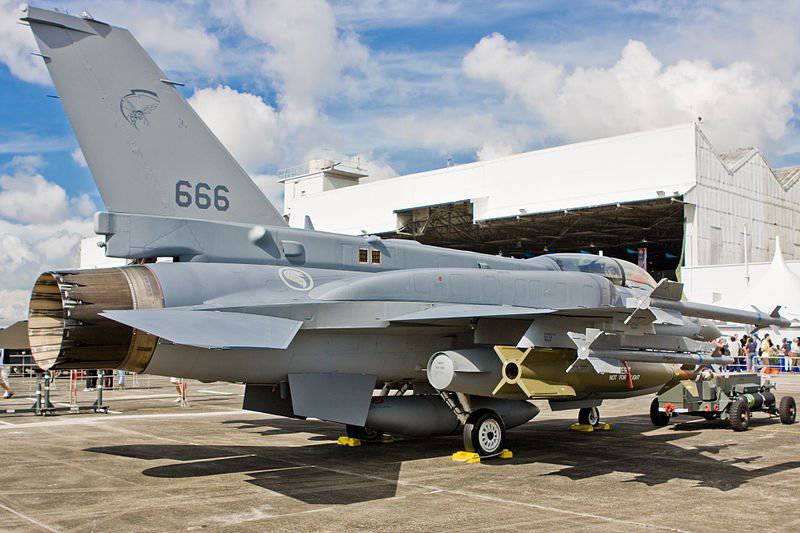 F-16D Block52 in a "body kit"
Multi-purpose fighters F-16 С / D were obtained in the period from 1998 to 2004 year, all the machines were delivered in the highest at that time configuration Block52 / 52 +. Together with modern aviation technology, Singapore ordered a batch of high-precision ammunition, including JDAM GPS kits, which turn any free-fall bomb into a guided weapon, and even such formidable “toys” as the AGM-154 JSOW stealth bomb.
It is noteworthy that the Singapore Air Force, guided by some personal considerations, ordered the majority of the F-16 in the two-seater “D” version. Practice has shown that such machines are most effective when striking ground targets. I don’t presume to judge that Singapore pilots gathered to bomb, but the fact remains that a huge number of fighter-bombers and stocks of the most modern means of destruction of the air-to-surface class create an oppressive impression. 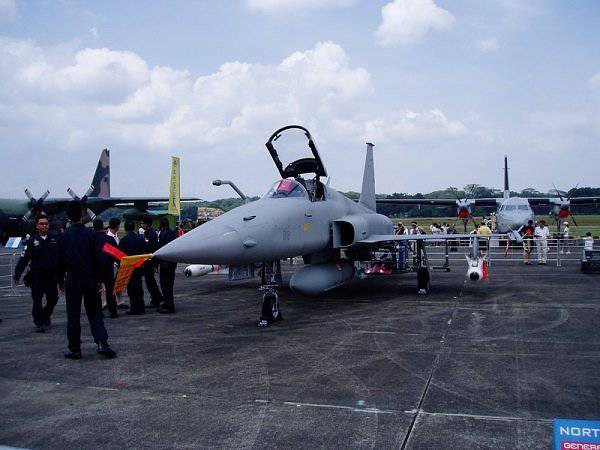 32 of the outdated F-5S Tiger II fighter can be used to carry out combat missions (obtained in the period 1979 through 1989). All of them underwent a deep modernization at the end of the 90, which included the installation of new Italian-made Gryphon radars, glass cab equipment with multi-functional displays and a modern indicator on the windshield, as well as the HOTAS system that was copied from F-16 And-Stick), in which all the control buttons of important systems are placed on the control stick of the aircraft and the control handle of the engine. To improve maneuverability, the aircraft gun was dismantled, and in return, the fighter was able to use modern AIM-120 guided missiles to destroy air targets. Another 9 fighter of this type were converted into combat training vehicles. 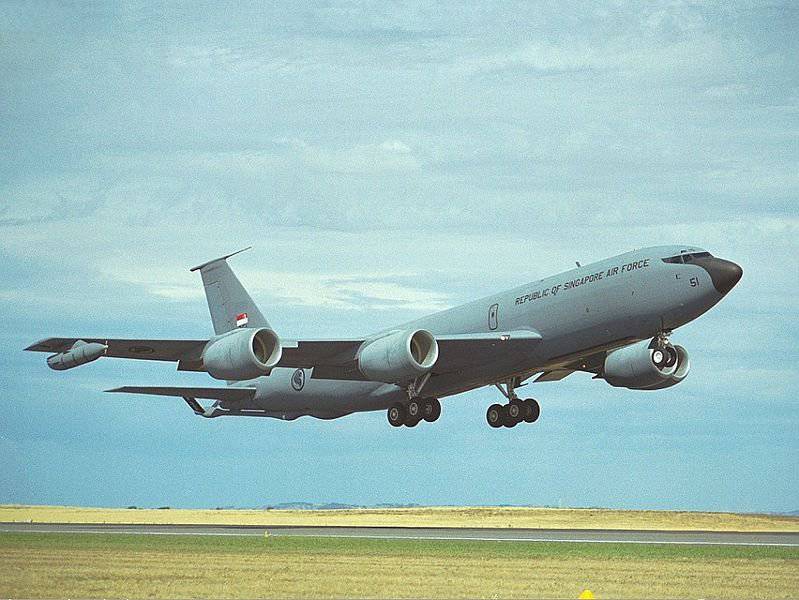 Air tanker KC-135
In contrast to the Air Force of most countries that have purchased a large number of combat aircraft, but have not found the means for such important "excesses" as tanker or long-range radar detection aircraft, the Singapore Air Force is a balanced system in which the work of combat aviation provides a variety of specialized aircraft.
The Air Force is armed with 9 tanker aircraft: five Hercules KC-130 vehicles equipped for this task and four Stratotanker KS-135 powerful fours. 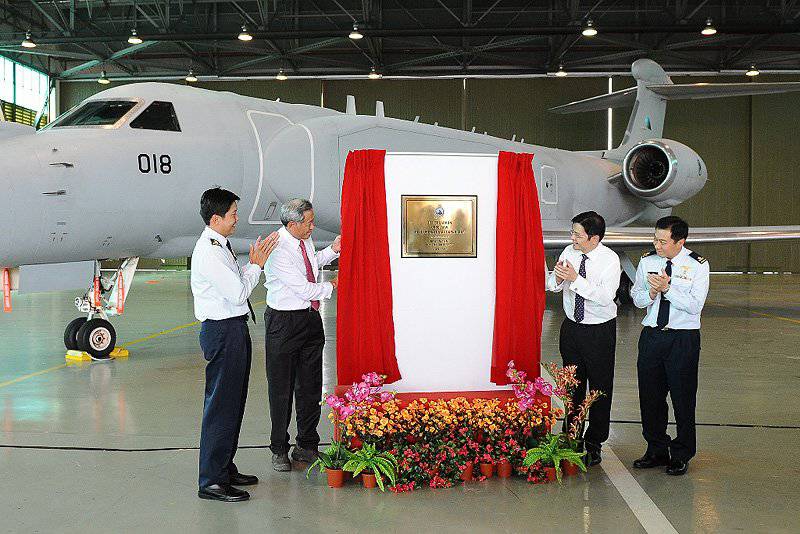 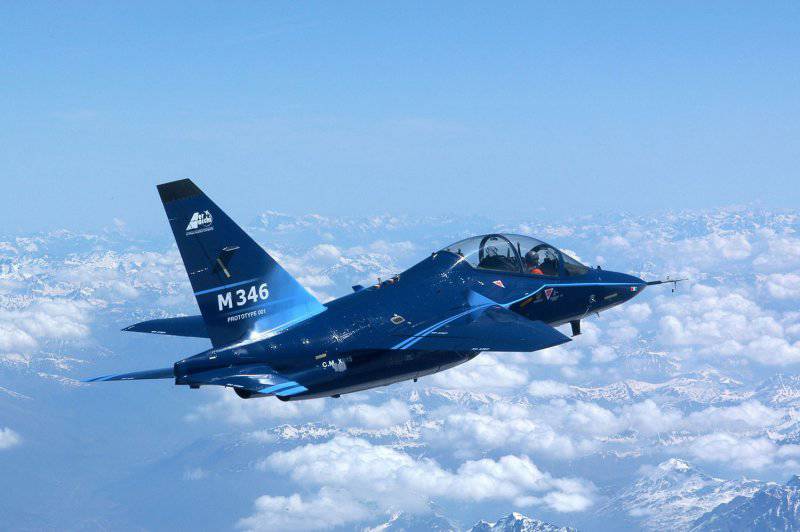 Training airplane Aermacci M-346
In addition to the nine above-mentioned F-5S, there are four TA-4 Skyhawks and 19 Swiss light Pilotus airplanes in order to practice basic piloting skills. In November, the 2012 of the year is expected to deliver from Italy the first of the 12 ordered M-346 jet training aircraft.
And also in service with the high-tech island are 107 UAVs, among which are two large Heron 1,5-ton UAVs.

The rotor wing also keeps pace with the rest:

Not bad for a country the size of Novosibirsk? 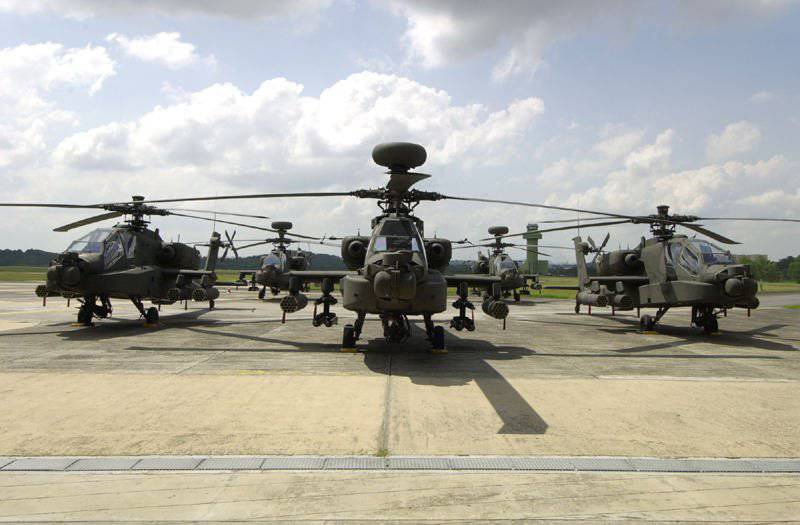 "Apache" needs no introduction
As you probably already guessed, it’s physically impossible to place all this armada on the territory of Singapore - the equipment will simply not fit in air bases, and residents of the free city will not be able to fall asleep due to the constant roar of jet engines.
Again, a simple and obvious solution was found: a significant part of aircraft engineering is based abroad. For example, the F-15SG super-fighters are located at Mountain Home base in Idaho, and pilot training centers are located in Australia and even on the territory of France! Do not be surprised - Singaporean tankers generally train on the landfills in Germany.

Having gained independence in 1965, Singapore, from the very first day of its existence, was afraid of Malaysia and Indonesia, whose leadership seriously discussed the possibility of forcibly joining a free island. The city-state developed much faster than all the nearby countries of Southeast Asia, while the indigenous Malays made up only 20% of the population - Singapore, adhering to the principles of cosmopolitanism, was inhabited by people from all over the world: Chinese, Hindus, Europeans and even natives from the Arab East. They were not at all pleased by the prospect of “intermarrying” with the Malaysians. On the demands for unification, the island proudly sent the offenders far away, and in the event of a threat of real reprisals from its neighbors, it threatened to call for help its “Big Friend”, who would quickly “democratize” the aggressor. But despite all the promises of military assistance from the United States, Singapore relied more on its own strength, constantly increasing its army, navy and air force.

It's funny that despite all the military preparations, Singapore critically depended on Malaysia, which supplied fresh water to it (the use of desalination plants is too wasteful, besides, they are not able to ensure the full functioning of life on the island). In any case, the presence of such a solid air force inspires respect for a small unusual country. Although I am more impressed with snow-white passenger airliners with an inscription on the fuselage of “Singapore Airlines”. 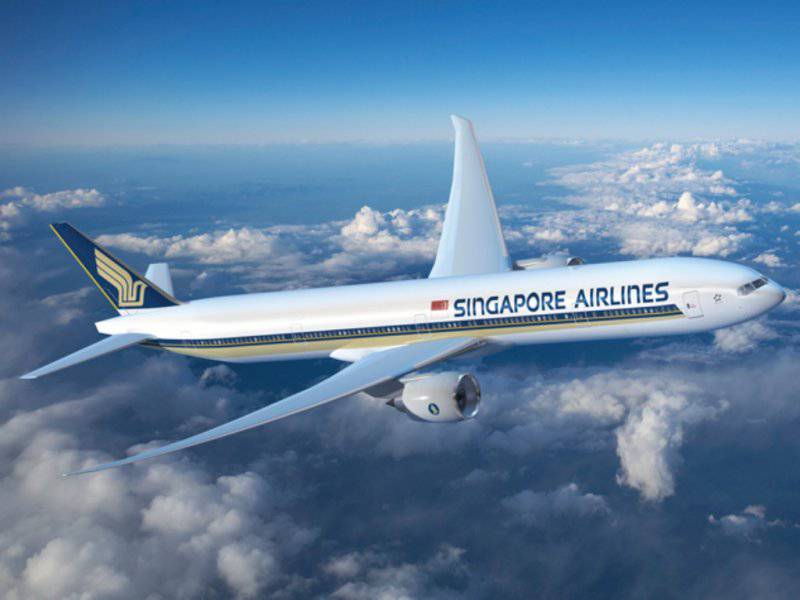