Sit, but at home. Evgenia Vasilyeva arrested in the case of Oboronservis

November 24, 2012
91
“Vasilyeva was involved in the embezzlement of the assets of the subsidiaries of the Oboronservis holding company for a total amount of more than 360 million rubles.” With these words, the representative of the UK explained the accusation against the former head of the Department of Property Relations of the Ministry of Defense Yevgenia Vasilyeva. And in the cottages where Serdyukov and his colleagues lived, they were searched.

The Khamovnichesky Court of Moscow on Friday imprisoned under house arrest the former head of the Department of Property of the Ministry of Defense Yevgeny Vasilyeva, who is accused of large-scale embezzlement at Oboronservis. 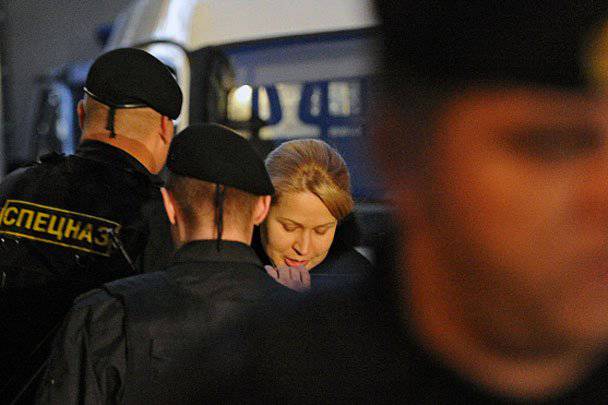 According to the press secretary of the Khamovnichesky Court, Darya Lyakh, thus, on Friday the relevant investigation request was granted. Lyakh clarified that the court authorized Vasilyeva’s house arrest for two months. She said that the defendant asked to release her on bail of 15 million rubles.

“Vasilyeva asked to be released on bail, and if the court refuses to do this, she should be allowed to communicate with her close relatives during house arrest,” the spokeswoman said. Lyakh added that "the address that was indicated for house arrest is not the same apartment in Molochny Lane where the search was conducted."

Earlier on Wednesday, the TFR officially charged Vasilyeva. According to his version, the former official was involved in the theft of property of subsidiaries of Oboronservis for 360 million rubles. This was announced on Friday by the representative of the Investigative Committee Vladimir Markin.

“According to investigators, Vasilyeva, along with others, was involved in the theft of property of subsidiaries of the Oboronservis holding totaling more than 360 million rubles,” said Markin. He added that "Vasilyeva was charged, the investigation will petition for her house arrest," adding that Vasilyeva is charged with part of 3 Art. 159 of the Criminal Code (fraud on a large scale).

Markin also told Interfax that the day before, searches were conducted in the cottages of the sanatorium-preventorium, namely, the sanatorium-preventorium "Moscow Region" of the Federal Tax Service of the Russian Federation, where Serdyukov and other officials of the department lived. “A total of 18 searches were conducted in these cottages,” he said.

“These houses for several years in the interests of the Ministry of Defense were leased by the company Security and Communication, the founder of which is Alexander Yelkin, who was arrested in the criminal case of embezzlement at Slavyanka JSC,” said Markin.

Recall that in October, the Main Military Investigation Department of the Investigative Committee of the Russian Federation opened five criminal cases on the facts of fraud in the sale of real estate, land and shares owned by Oboronservis. They are investigated under articles on fraud, abuse and abuse of office and are combined into one proceeding.

According to the investigation, officials of the Ministry of Defense selected the most liquid and prestigious objects, sites and shares from the property complex of Oboronservis.

As a rule, huge budget funds were invested in this property, and then the property was sold at substantially reduced prices to commercial structures affiliated with Oboronservis. In addition, as reported in the UK, many objects were purchased at the expense of funds stolen from the very Oboronservis.
According to preliminary data, the damage from the sale of only eight real estate objects exceeds 3 billion rubles. On November 1, Vasilyeva, among other persons, was searched in the framework of this criminal case.

“In addition to documents relevant to the case, more than 3 million rubles, antiques, several dozen paintings, a large amount of jewelry and jewelry were seized from her,” the IC of Russia informed earlier.

On November 9, a court in this case authorized the arrest of the ex-head of the commercial organization Expert Legal Support Center Ekaterina Smetanova and her spouse Maxim Zakutaylo. Smetanova is accused of three episodes of fraud, her husband - in two.

In the UK said that in the case may appear new persons involved, and the previously announced list of the Ministry of Defense real estate, which could be sold under fraudulent schemes, will be expanded. After the resignation of the head of the Ministry of Defense, Anatoly Serdyukov, the Investigation Committee did not rule out that he could also be interrogated “if there are grounds”. 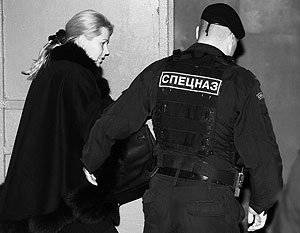