NASA will take seriously the moon

November 23, 2012
32
NASA is going to build a space base on the back of a natural Earth satellite. This was officially announced the press service of the agency. The fate of this project largely depended on the outcome of the US presidential election. Mitt Romney advocated reducing spending on science, while the leader of the Democratic Party, Barack Obama, is in favor of further space exploration. In the end, after the victory of Barack Obama in the elections, NASA announced its plans to build a habitable base on the far side of the moon. In the future, Washington plans to explore Mars and the study of the asteroid belt. After these plans were voiced, the experts were divided in their opinions about what the United States is trying to achieve: to demonstrate effectively its own technical and scientific power or to explore the nearest space.

In particular, Americans are talking about building a habitable space station at the so-called Lagrange point - L2 on the far side of the moon. By 2025, from this base, the Americans are planning to make their first flight to asteroids, and already in 2030, they will send an expedition to Mars. Obama posed such a task to the NASA space agency 2 a year ago. It is assumed that the first flights to the L2 point will take place in the 2021 year, when the first manned launch of the new SLS rocket and the Orion spacecraft will take place.

The station will not only allow observing the Solar System, but also conducts manned flights to Mars and the asteroid belt between Mars and Jupiter, RBC reports referring to NASA expert John Logdon. According to him, after Obama's re-election, NASA can count on getting funding, which is necessary to create a lunar base.

At the same time, today's main NASA project - the Curiosity rover - continues to successfully implement its mission on Mars. Not so long ago, the rover tried to "taste" the atmosphere of Mars, taking the necessary analyzes of the gases that make up the atmosphere of the Red Planet. Scientists believe that in the past, the atmosphere of Mars was much more similar to that on Earth, and therefore, at some period on Mars, life could even exist. Currently, scientists will have to figure out the reason why the planet has lost its old atmosphere. 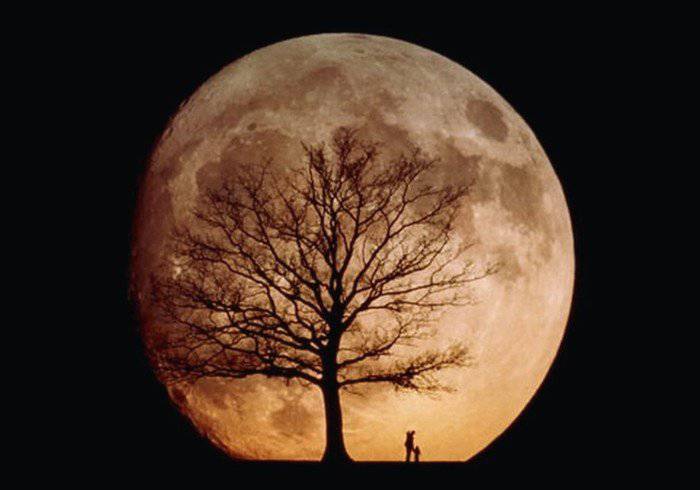 The studies of our natural satellite, the Moon, have always been one of the priorities of mankind. Another thing is that after a series of more or less successful flights to the moon are very valuable from a scientific point of view, first of all we are talking about manned flights, when American astronauts took walks on its surface, their interest in this celestial body decreased. After the implementation of the Apollo program, scientists had doubts about the feasibility of developing these projects. Of course, the United States spent a lot of resources on its lunar program, but at the same time they were able to demonstrate their technical superiority. At the same time, the success of their lunar program was not only a consequence of the fantastic exertion of forces and means, but also simply a very successful confluence of various circumstances for them.

But already then many experts noted a very powerful propaganda effect from the American lunar program, stressing that the Soviet approach based on the use of automatic stations (lunar rovers) looks more rational. At present, many in Roskosmos hold the same views, seeing no particular prospects in sending people to the Moon. This is not surprising, because sending a man into space is still dangerous and quite expensive. Especially when it comes to landing people on the moon. Yuri Karash Corresponding Member of the Russian Academy of Cosmonautics. Tsiolkovsky believes that permanent manned bases on the surface of the moon are not needed, they are not necessary, even if we consider them as the first step in the future exploration of Mars by humans.

Currently, the only and most attractive resource of our satellite is its distance to our planet. Fly to the moon all 3 day and it is quite an achievable goal at the present stage of development of our civilization. Almost 50 years ago to fly to the moon was not a problem, let alone talk about today. Therefore, the question arises as to why a base is needed on the moon and what astronauts will do there. Russian designers and engineers have already proved that the Martian technology can be used on the moon, but the lunar on Mars - no. The process of entering the manned spacecraft into the dense atmosphere of Mars, landing, building habitable base modules on the surface of the Red Planet has nothing to do with building a habitable base on the moon. There is some kind of atmosphere on Mars and there are completely different conditions on this planet. 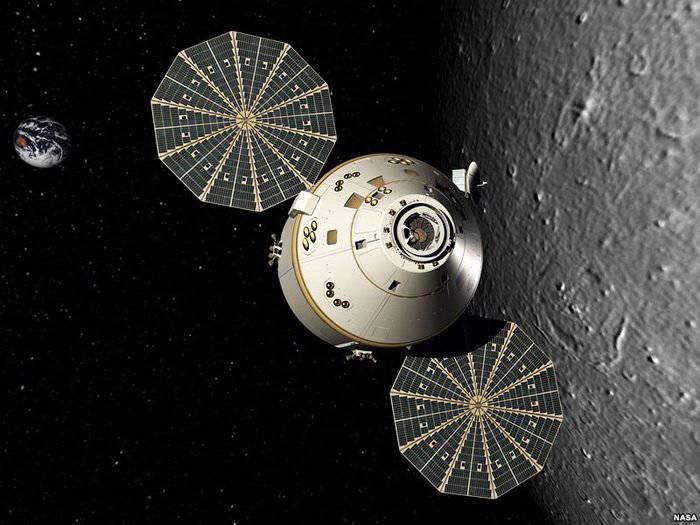 Back in 2004, President George W. Bush announced a program to bring Americans back to the moon. But then it was, most likely, a gesture of despair, a reaction to the death of the Columbia spacecraft (at that time 7 astronauts were killed during the landing of the shuttle during landing). After Washington had worked on its new lunar program for some time, the Americans realized that in essence it would be the same Apollo program, just a side view. After that, reasonable questions arose, is it worth throwing away billions of dollars to repeat what has been traversed? As a result, it was decided to spend this money on something fundamentally new, so an idea arose with a new flight objective - Mars. On the way to Mars, you could stop at one of the asteroids, but in any case, it would be a flight beyond the lunar orbit, says Yuri Karash, while flying to the moon does not have any practical meaning.

Of course, expert skepticism is easy to explain. However, the Americans expect to build their lunar base not on the surface of the satellite, but on circumlunar orbit in one of the so-called Lagrange points. There are exactly 5 pieces of data points in the Earth-Sun system. Moreover, if a small celestial body (station, spacecraft) is placed at each of these points, then at that point it will be in a state of equilibrium.
In this particular case, NASA specialists are most interested in the second Lagrange point, which is called L2. This point is one of the 3-x points located on one straight line that passes through the Earth and the Sun. In this case, the point L1 is located at a distance in 1,5 million kilometers between the Earth and the Sun. And the point L2 is at the same distance, but already “beyond” the Earth. The third and last point L3 is located on the opposite side of the Earth's orbit relative to the Sun. The two remaining points — L4 and L5 — are located on Earth orbit — one “in front of” our planet, the other “behind”. The balance in these points 2 will be stable, these points L4 and L5 differ significantly from the first three points of Lagrange, in which the celestial body will be like a ball, located on the edge of the pyramid.

We have to admit that at present the Lagrange points are sufficiently mastered by mankind. For example, at the L1 point, there are 2 American probes that investigate the solar wind. Another NASA probe is located at the L2 point and is engaged in the study of relic radiation. In addition, the Herschel telescope is located here, which the researchers are going to drop in the spring of 2013 on the moon's surface after it has run out of liquid helium. In the near future, another telescope will have to settle at L2 - the American-European "James Webb", which will be replaced by the world-famous Hubble telescope. 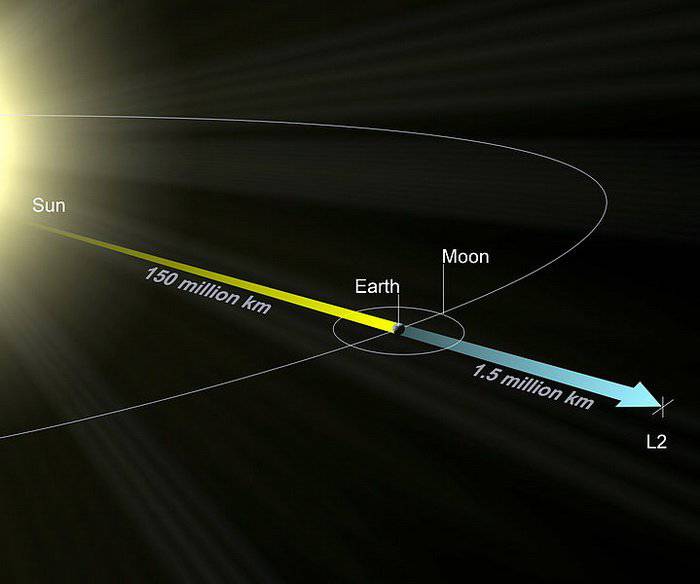 If we talk about the points L4 and L5, then here the human presence is already felt. At these points, the twin probes STEREO-A and STEREO-B are working, which transmit to the Earth’s surface a large number of different images of active processes that occur on the surface of our star. In addition, at present, with the help of these probes, scientists are studying the immediate vicinity of the fourth and fifth points of Lagrange for asteroids to be detected here. In theory, these celestial bodies should “roll” into these points like billiard balls rolling into pockets.

At the same time, the L2 point is practically the ideal place to study the far environs of our planet. It is at this point that the attraction of the Earth, which is summed up with the attraction of the Sun, turns out to be such that the orbital period of the spacecraft in an expanded orbit is exactly equal to the Earth year. Thus, the spacecraft, which turned out to be at this point, will all the time be hiding from the Sun, being in the shadow of our planet. It is in the vicinity of this point that you can most conveniently place the base used for the colonization of the Moon. The base, suspended at L2, consumes almost no fuel, the editor of Aviapanorama magazine notes. Currently, the L2 point is actively used to place telescopes here. At this point, the Earth almost completely obscures the light of the Sun, and it does not in any way interfere with the observation, as it is turned to this point by its unlighted side.