Arabs and Jews: a conflict of civilizations 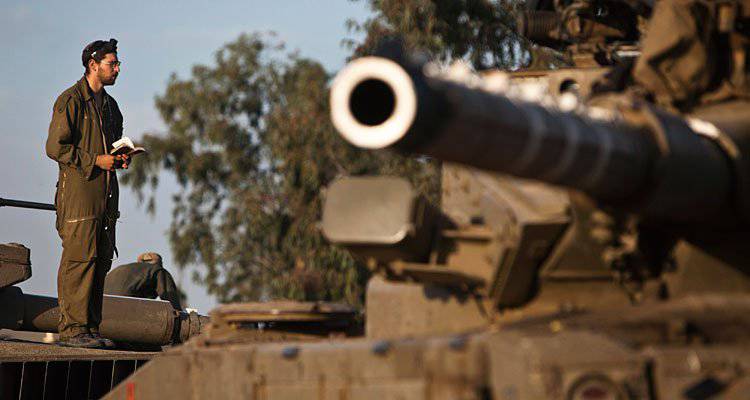 Recent events confirm the view that the conflict between Israel and the Arab world is one of the most serious and long-lasting conflicts in the whole world. stories. At the same time, it is obvious that a peaceful solution to this conflict is unlikely. The latest truce between Israel and the Hamas movement, which 21 concluded on November 2012, only confirms this view. Many civilians in the region accepted it with relief, but this is only a tactical move. The standoff will continue until a decisive victory of one of the parties. This fact is well characterized by cadres of triumphant Palestinian Arabs, who perceived the truce as a victory over the Jews they hated.

The essence of the conflict can be understood most fully if we take the concept of the “clash of civilizations” by Samuel Huntington as a basis. The goal of each opposing side is to seize the territory and liberate it from another civilization, peoples through physical destruction, exile and cultural assimilation. The conflicts that take place along the “fault lines” called Huntington can be called irregular phenomena: they can smolder for centuries, and then explode with actions of mass violence and big wars. "Great Depression-2" is a prerequisite for such an explosion.

We see the clash of Muslim and Judeo-Christian civilizations. Christians lost the battle in the Middle East during the times of the Byzantine Empire. Moreover, the defeat was so serious that the Muslims brought the Caucasus and the Balkan Peninsula under their control, the Turkish fleet and fortresses controlled the Black Sea and its coast. The Ottomans were making plans to seize Central Europe and penetrate the Middle Volga. Only the strengthening of Russia allowed the Christian world to oust the Ottomans from the Balkans and most of the Caucasus.

We are currently witnessing the recent enclaves and hotbeds of Christianity in the Middle East wither and disappear under the pressure of the Islamic world. The Arab unrest sharply intensified the process of de-Christianization of the Middle East. However, the state of Israel has become the path of the complete victory of Islam in the region. Judaism, with its principle “an eye for an eye, a tooth for a tooth,” not only prevents destruction of Jewish statehood, but also helps to launch an offensive, which causes an explosion of hatred in the Islamic world. There is a clash of two tough ideologies - Islam and Judaism (with its secular continuation - Zionism).

It should be noted that despite the predominance of negativity towards Israel, which is common among Russian patriots, the Jewish state performs a very important function. Jews attract the attention of the Arab world, and those Arab passionaries who could lead a subversive war against European and Russian civilizations are occupied by Israel. It can be said that Israel is a kind of forward outpost that holds back the onslaught of the reawakening Islamic world. Given the current weakness of the countries of Europe and Russia affected by the virus of liberalism and tolerance, the presence of Israel in the military-strategic plan is a positive fact.

Although Jews belong to the Semitic language family, like Arabs, but culturally they are closer to the Indo-European group. Affect the centuries of living in Europe. As a result, the Jews in many ways mastered the production type of economy. If we analyze the modern economies of Israel and the countries of the Arab world, we will see that the Jewish state is one of the most developed countries in South-West Asia for economic, industrial and scientific development. The Jewish state is one of the leaders in the field of military technology, and they are traditionally the most advanced in the world.

The Arabs, to a large extent, remained “steppe inhabitants”, people of the appropriating type of economy. So, it is well known that in the oil monarchies they prefer to use the labor of millions of wage earners, rather than work themselves. And the economies of Arab countries are built on parasitism. The Arab authorities use the rich natural resources and beauty of nature, the legacy of previous civilizations, for the development of tourism, with no visible success in the field of high technologies. So, almost all weapons are foreign, like all high technologies. In the case of the fall of a centralized state, we will see how in just a few years the Arabs will return to a tribal, archaic way of life. We see a similar situation in Libya, where a completely secular, civilized society existed under the Gaddafi regime. Very little time has passed, and Libya returns to the times of clans and tribes, archaization is going fast.

The current global systemic crisis poses very difficult questions for Israel. The traditional system of foreign relations on the verge of collapse. If before everything was clear and simple enough: the USA is Israel’s ally, the Arab states supported by the USSR are enemies, but now the situation has changed dramatically. The United States is on the way to a radical restructuring, when all attention will be focused on domestic politics. The “perestroika” of the USA will come to the emergence of a power, which will be only one of the centers of power, having lost its superpower status. In the worst case scenario, the US will fall apart altogether. Israel is alone. Russia has ceased to be a donor of the Arab world. For a part of the Arab world — the monarchies of the Persian Gulf — we have become enemies. Various Arab structures support radical Muslims and ethnic separatists in Russia. In fact, Riyadh and Doha are waging war against Russia. They pursue the goal of dismembering Russia, the separation of "Muslim regions" from it. Russia and Israel are not satisfied with the process of building an aggressive “Great Caliphate”. This makes our powers potential allies. It is necessary to take into account the fact that about a third to a quarter of Jews are our former compatriots, carriers of Russian culture, the Russian language.