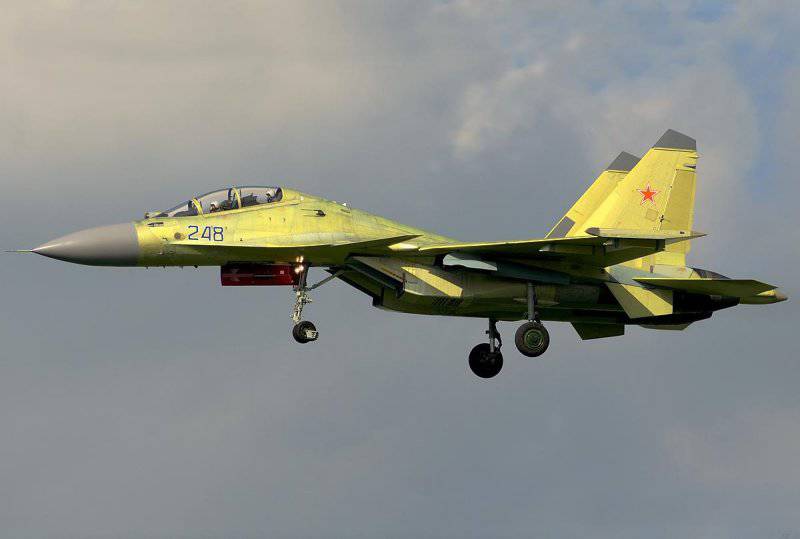 Irkut Corporation supplied the Russian Air Force the first two Su-30SM multirole fighters. This was reported in the press release of the company. The acceptance certificate of the aircraft was signed at the Irkutsk Aviation Plant. The contract between the Russian Ministry of Defense and the Irkut Corporation for the supply of 30 Su-30SM multi-role fighters to the troops until 2015 was signed in March. When signing the contract, the head of the Russian military department Anatoly Serdyukov said that entering the Su-30SM Armed Forces would significantly increase the combat power of the Russian Air Force. In addition, according to the Minister of Defense, "this will allow to achieve a higher level of training for pilots, which is especially important in connection with the increase in military procurement aviation new generation technology. "The Su-30SM multipurpose super-maneuverable fighter is a further development of the Su-30MK family. The developer adapted the aircraft to the requirements of the Air Force of the Russian Federation in terms of radar systems, radio communications and state recognition, ejection seats, changes were made to the composition of weapons and a number of supporting systems. The Su-30SM can reach speeds of up to 2100 km / h and has a range of three thousand kilometers. The aircraft can carry various types of missiles and bombs weighing up to eight tons. The first flight of the Su-30SM for the Russian Air Force completed 21 September over the airfield of the Irkutsk Aviation Plant.