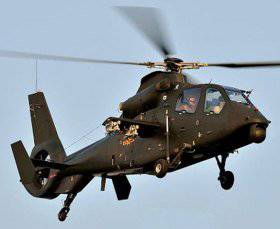 The signing of 30 contracts for the supply of 202 aircraft of various types for a total of 11,8 billion dollars ended in the Chinese city of Zhuhai 9-th International Aviation and Space Salon. This was reported by the organizers of the exhibition "Airshow China-2012".

The current review of the achievements of the global airline industry in the south of the Middle Kingdom has become the most ambitious history It was held with 1996. 650 companies from 39 countries and regions of the world, including such giants as Boeing, Airbus, Bombardier, took part in the air show. It was presented more than a hundred aircraft, a third of which made demonstration flights.

The greatest interest of the public was caused by the performances of the Russian Knights aerobatic team on heavy Su-27 fighters, which had not appeared in Zhuhai for six years before. Chinese and European aces from squadrons "First August" of the PLA Air Force and the Brightling Jet Tim also demonstrated mastery in the sky.

During the exhibition, the Chinese Commercial Aircraft Corporation "Comac" (COMAC) received another 50 orders for the C919 passenger aircraft being developed in the country, which is to be commercially operated at 2016. Thus, the total order book of this type of aircraft has already reached 380 units. Featuring two turbines and one aisle in the cabin, this aircraft must compete with the narrow-body Boeing 737 and A320.

China also presented its other promising project at the air show - the regional aircraft ARJ21. However, its certification and entry into the market is reportedly delayed until 2013-214.

The Russian exposition united about 30 enterprises and organizations. At the stand of the United Aircraft Corporation (UAC) were demonstrated models of the multifunctional fighter Su-35, the front bomber Su-32, combat training Yak-130. And on a static parking lot, a sample of the Sukhoi Superjet-100 medium-haul passenger plane in the coloring of the Yakutia airline made its debut. Russia is in talks with a number of Chinese companies about the possibilities of supplying these cars to China, President of the UAC Mikhail Pogosyan told Corp. ITAR-TASS at the air show.

According to experts, with a passenger growth rate of about 7 percent. per year, China will become the largest civilian market over the next 10 years aviation technicians in the world. According to the forecasts of Komak, in the next two decades, China will need almost 5 thousand new aircraft with a total value of 563 billion dollars.

The number of visitors to the current exhibition, held from 13 to 18 in November, was a record and reached 338 thousand. The next air show will be held in Zhuhai at 2014.