November 20, 2012
63
Legend of domestic far aviation 60 years old. On November 12, 1952, the prototype “95-1” flew for the first time under the control of the crew of test pilot A. D. Perelet. It was the prototype of the Tu-95 serial bomber. Tu-95 (according to NATO classification: Bear - bear) - one of the symbols of the Cold War, the Soviet / Russian turboprop strategic bomber-bomber, is the fastest helicopter in the world. The world's only turboprop bomber adopted and commercially available. The Tu-95 strategic bomber is designed to destroy important objects behind enemy lines with cruise missiles in all weather conditions and at any time of the day. Along with the American strategic bomber, the B-52 is one of the longest-running military aircraft in the world, and has been operated by the Air Force since 1956.

The creation of a high-speed strategic bomber Tu-95 contributed: first, the formulation of new requirements for a manned strategic carrier of nuclear weapons by the Soviet Air Force; secondly, the emergence of new directions in the development of the layout of a transonic bomber and the selection of its main parameters; thirdly, the emergence of new economical and at the same time powerful power plants, created on the basis of turboprop engines.

By the end of the 1940-s, the strengthening of air defense assets, the arrival in service of new fighter-interceptors with transonic flight speeds, which were equipped with on-board radar, made the very existence of strategic bombers with flight speeds at 500-600 km / h, unpromising. It was necessary to raise the speed of flight of strategic bombers to speeds that would be comparable to the speeds of interceptor fighters of the same period. 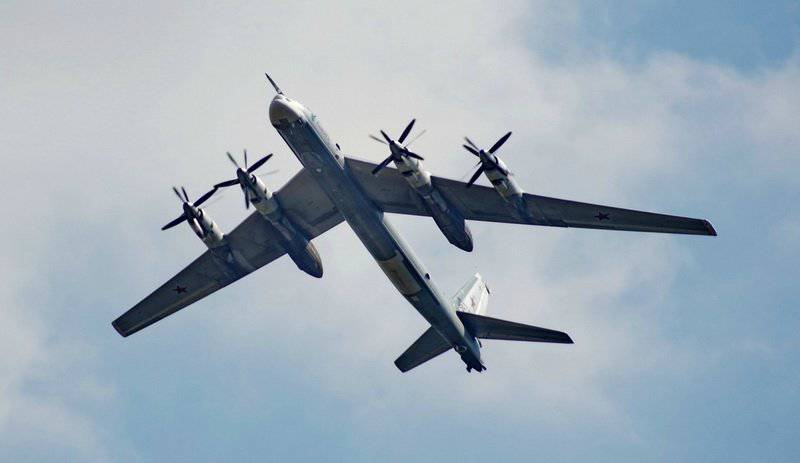 At the same time, the second, and in some cases, the most important requirement for a significant increase in the maximum flight speed of strategic bombers-carriers of nuclear weapons was the weapon itself, which at that time existed only in the form of free-falling bombs. That is why, after dropping the bomb, the bomber had to leave the impact zone of the damaging factors of nuclear weapons as soon as possible, in which case the flight speed was one of the most important conditions for the survival of the bomber and its crew.

The military conflict in Korea was another turning point and in some ways even a catalyst that clearly demonstrated the futility of further reliance on piston strategic bombers. As a result of this war, programs for the development of piston long-range bomber aircraft were completely stopped in the United States, the release of the piston intercontinental B-36 intercontinental "super-bomber" was shortened, and at the same time the work on the creation of B-47 and B-52 serial bombers equipped with turbojet engines was accelerated. At the same time, the United Kingdom began work on its near-sonic bomber at strategic speed in the “V” series.

In the USSR, they promptly reacted to such a development. In 1950, V. M. Myasishchev appealed to the government with a proposal to develop a strategic bomber with a maximum speed of 950 km / h, as well as a range of more than 13 000 km. The bomber was proposed to equip X-NUMX with the AM-4 turbojet engines, created in the A. A. Mikulin Design Bureau. The proposal to create a new bomber was accepted, and the result of the work was not slow. In fact, over the 3-1,5 of the year, a new strategic bomber was created.

OKB A. N. Tupolev, having conducted a large amount of research work, came to the conclusion that the turboprop is the best for a bomber. Already in September, 1951 had prepared the 2 versions of the aircraft’s draft design under the 95 index in the Design Bureau: with four 2-TV-2F engines (paired TV-2F with 6 power 250 hp each) and four TV-12 (12 000 hp). Both engines were designed by ND Kuznetsov. Already 31 October 1951, the state commission approved a full-size model. N. I. Bazenkov was appointed the lead designer of the new bomber.

Serial production of a strategic Tu-95 bomber was deployed in 1955 year. It was originally planned to call it Tu-20, but all the drawings of the car were already released with the designation “95”, so the digital index was retained for the aircraft. Production of the aircraft was deployed at the aircraft plant number XXUMX in Kuibyshev. Factory testing continued until January 18, and 1956 in May of the same year, the aircraft was transferred to the State tests. In August of the same year, the aircraft was shown to the general public, he took part in an air parade in honor of the Aviation Day. In 31, more powerful and sophisticated NK-1957M engines were installed on the bomber, and under the designation Tu-12M the strategic bomber was adopted by the Soviet Army. The first Tu-95 aircraft were delivered to the newly-formed 95 tbad commanded by the twice hero of the Soviet Union A. I. Molodchy. 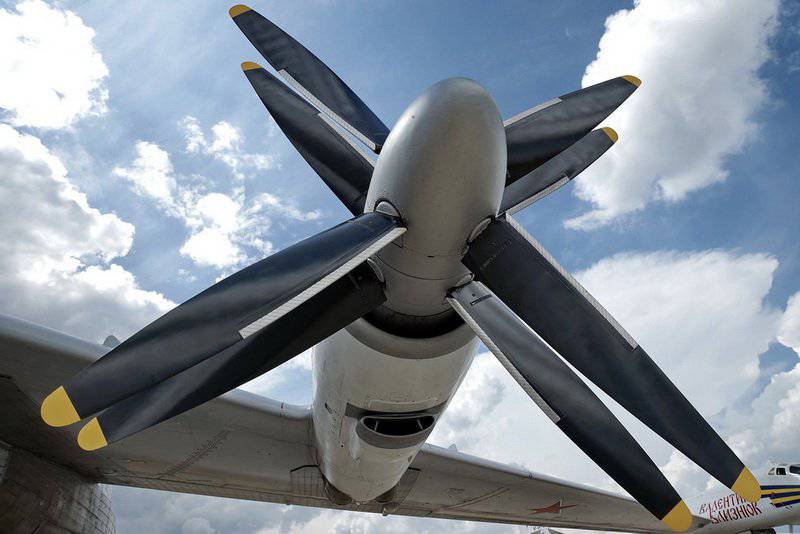 The Tu-95 bomber was a midplane with a swept (swept angle 35 ° along a quarter-chord line) wing of high elongation (8,8). The aircraft was equipped with XK-4 XDUMX, which were located on the wing in the engine nacelles, which were far ahead. The aircraft engines were equipped with coaxial four-blade propellers of the opposite rotation AB-12 (with a diameter of 60 meters), created in the Design Bureau of K. I. Zhdanov. The glider of the aircraft was made from a specially created aluminum alloy B-5,6. The bomber had a relatively thin and long fuselage (diameter - 95 meters), which gave the car a rapid appearance. The heat-stabilized and airtight bomb bay was located in the center of mass of the bomber (when the bombs were dropped, the centering of the aircraft did not change). The wing of the aircraft was equipped with two-section flaps and three-section ailerons. The wing and the plumage of the bomber were equipped with a special anti-icing system.

The landing gear was three-pronged with the front desk. The main landing gear was cleaned in special fairings, which were continuations of the engine nacelles. In the tail part of the bomber fuselage there was a special safety heel. From 1961, the Tu-95 began to install a refueling system in air using the hose-cone method. The crew of a strategic bomber was in 2's sealed cabins. The cabins (except for the Tu-95MS) were interconnected by a tunnel with a trolley on which crew members could move (it was necessary to depressurize the cabs). A chemical toilet was equipped on board the bomber; there was also a galley with a stove for heating and eating. For the emergency escape of a bomber in the air, a special conveyor with a movable belt was used, which threw crewmembers through a hatch into the front landing gear niche. Initially, the defensive armament of the bomber consisted of 3-x paired artillery installations caliber 23-mm.

Before the advent and mass distribution of ballistic missiles, the Tu-95 strategic bomber was the only means of delivering nuclear weapons. During the whole period of operation, a large number of modifications of the machine, which differed in the composition of weapons and equipment, were created. Pure bomber versions (Tu-95 and Tu-95М) were produced only up to the 1959 year. All subsequent versions of the aircraft were carriers of rocket weapons. Bomber production in the Tu-95MS version continued until the 1992 year. At the same time, on the basis of the Tu-95 at the end of 1950-s, a long-range passenger aircraft was created, designated Tu-114, for many years this car served as the flagship of Aeroflot. 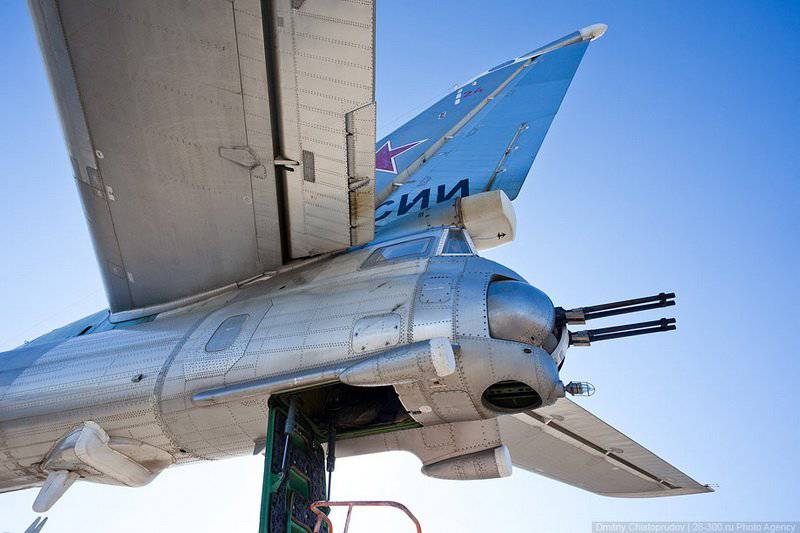 The Tu-95 bomber was used as an air carrier for various aircraft and as a flying laboratory (the height of the Tu-95 landing gear made it possible to suspend not only any aircraft engine, but even the small aircraft fuselage) under its fuselage. In 1989, the TN-95MS serial strategists set the 60 world records for flight altitude and flight speed with cargo. In May, the 1990 of the year, this machine set another 3 record: horizontal flight altitude and climb.

The potential that was laid in the Tu-95 strategic bomber allows the vehicle to be actively used by the Russian Air Force. In 2013, the program for the modernization of strategic bombers Tu-95MS to version Tu-95MSМ will begin. During the modernization, the aircraft’s electronic equipment will be replaced, while its airframe and engines will remain unchanged. The Tu-95MSM will be equipped with a new sighting and navigation system, which will allow the use of the latest strategic cruise missiles X-101. Also on the plane should appear navigation complex based on the GLONASS system.

As part of the modernization program, several dozens of strategic bombers will be upgraded, while the rest will be written off. The upgrade will extend the life of the aircraft to the 2025 year, at the same time, experts say that the machine can last up to 2030-2040. Currently, the Russian Air Force is armed with a Tu-32MS 95 strategic bomber, and about 60 vehicles are in storage. 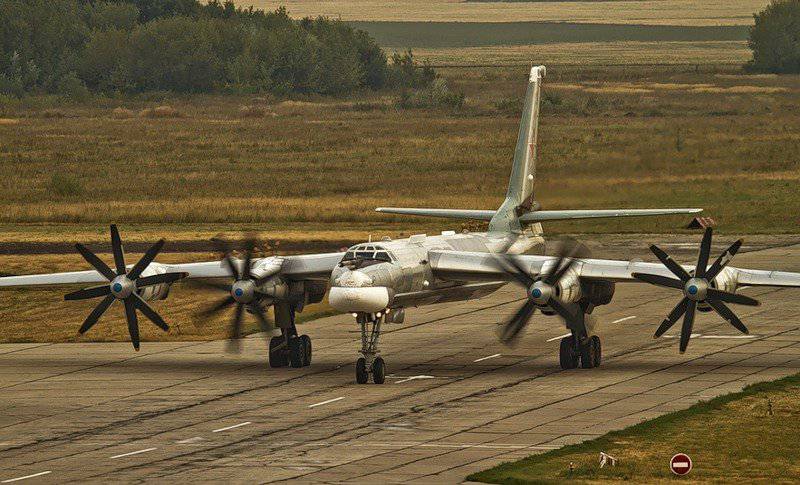 Performance characteristics of the Tu-95MS