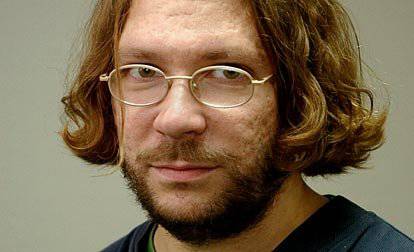 That happened. What analysts liked to talk about so much in the autumn - in the winter of last year. What the optimists pinned their hopes on and what the pessimists did not believe in. Putin has become different. And analysts were confused.

What did analysts expect last year? The fact that Putin is intelligent and sees growing voter discontent. And so that this growing discontent does not break the nuts, Putin must let go of these nuts. To, so to speak, let off steam. And if this is not done and the nuts will be loosened, then everything that was under the cover will spill out onto the street. That's right, so they discussed, in all this pressure-cooked terminology.

And then something really spilled out onto the streets. Hundred thousandth meetings in Moscow made famous the Institute of Strategic Research, which was previously unknown to anyone, because some time before the meetings, the Institute prepared a report where it predicted these meetings.

True, in the same report, the institute predicted a further inexorable expansion of street protest, which did not happen. However, now the Institute of Strategic Research is considered a reliable predictor, each of its new reports is discussed by the liberal public with great attention.

At the same time, the Institute for Strategic Research, in its original (in the sense of the volume from which institute fame began), proceeded from the same from which all others proceeded: from the need to loosen the nuts. Since it is in the nuts and are all the problems of Russia.

However, Putin did not unscrew the nuts. Moreover, after his inauguration, a rather consistent feeling developed that the nuts, on the contrary, were tightened. All this summer legislative insanity, “a swamp affair,” a search of Ksenia Sobchak, a registry of banned websites ... “Power is in hysterics!” - last year’s analysts solemnly announced.

In general, Putin 2.0 was not viewed in any way, and analysts have lost hope.

Suddenly, literally within a week, _all_ changed.

Serdyukov’s resignation, searches, cases of colossal embezzlement in the army, arrests, cases of embezzlement at the APEC summit, arrests, Ministry of Regional Development, searches, arrests, embezzlements in GLONASS, dismissal ... And against the backdrop of this anti-corruption explosion - the appointment of Defense Minister Shoigu while maintaining control over the Emergencies Ministry and the Moscow region, Putin’s promises to revise especially the idiotic laws adopted by the State Duma over the past summer, even the introduction to the Human Rights Council of Alexander Brod, who was starving for this advice, looks like As if going somewhere else. But not with us.

Meanwhile, it seems that last week Putin 2.0 did take place. But Putin would not be Putin if he was held in such a capacity as analysts expected of him. Never have analysts predicted Putin. They could not predict it this time.

And now, looking only a week ago, this step seems quite obvious.

In the case of the conditional “loosening of the screws,” one hundred thousand people would have remained satisfied (that is, those who had received some additional degrees of freedom in their quest to shift power). And corrupt officials would continue to steal further.

But the anti-corruption blow to the “right to have” leaves the entire population satisfied. And non-illusory fear fills in the minds of corrupt officials, for it is completely incomprehensible where exactly the intractable trait lies. And what should be done in order to come to you with a search. And this, you know, cools many of those for whom near-state corruption is not an ideology, but a forbidden fruit that is so interesting to try.

At the same time, note, it does not matter at all what exactly became the detonator of Putin’s transition to a new phase state. Whether his mysterious illness, or the horror of what is happening in the legislative sphere. Either simply an understanding of the impossibility of further staying in a stable, despondent state.

With what I congratulate all of you.