China on the China 2012 Airshow

November 19, 2012
55
Last sunday ended aviation Airshow China 2012 exhibition. The organizers of the event have not yet summed up the results of the salon, however, some experts are already making their forecasts about the long-term consequences of conferences, negotiations and contracts. Only here forecasts often do not come true, and people tend to make mistakes in their judgments. Therefore, the greatest interest is now the exposition of the exhibition, namely, its sector in which Chinese products were presented.

The “highlight of the program” of the owners of the cabin was the new J-31 fighter. This project, as always happens with the new Chinese military equipment, until recently was hardly known. About a year ago, information appeared about the existence of a kind of layout collected for one of the exhibitions. A couple of weeks ago, photographs of a ready-made J-31 aircraft appeared in free access, which bears a great resemblance to that layout. During the discussions of the new fighter, the version of the hoax from the Chinese side was repeatedly expressed. Now the aircraft developer, AVIC (Aviation Industry Corporation of China - China Aircraft Corporation), officially confirmed the existence of the finished prototype and presented a more detailed layout. Not much was said about the J-31 fighter, which the Chinese refer to the fifth generation, but even in this “silence mode” it attracted a lot of attention from visitors to the exhibition. 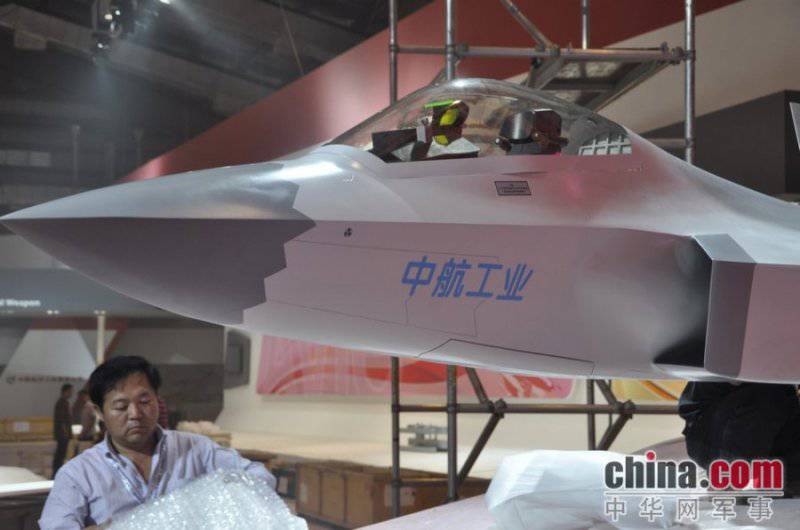 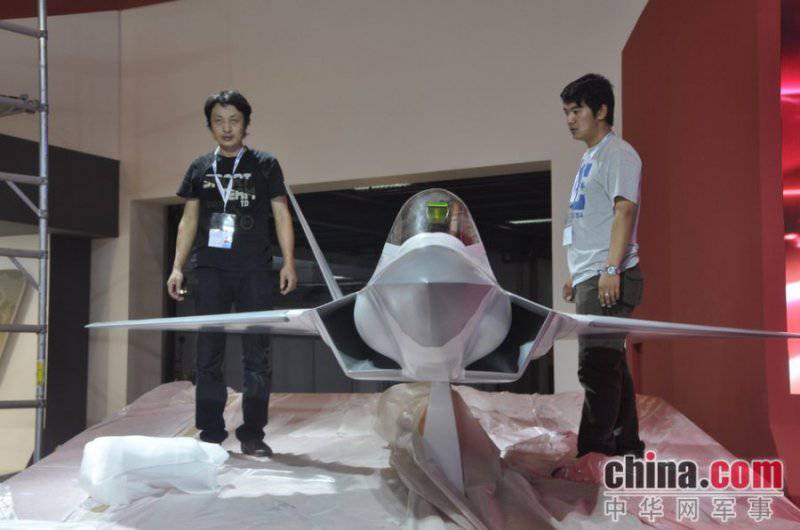 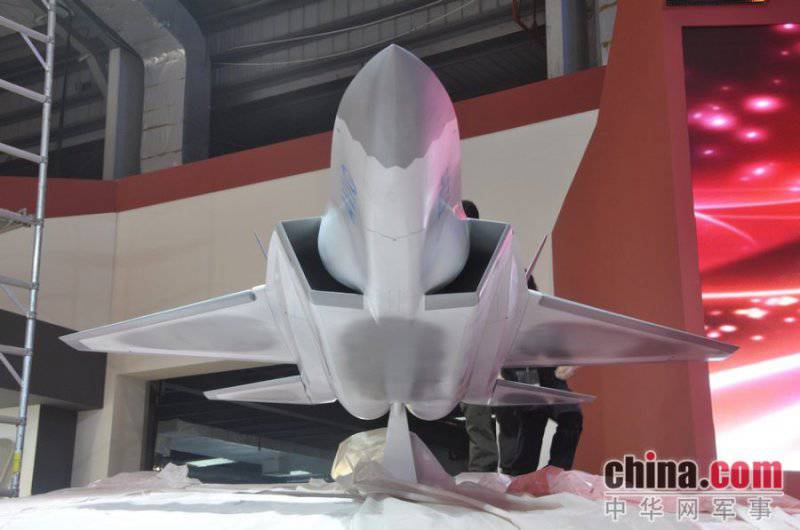 The second Chinese project of the fifth generation fighter - Chengdu J-20 - was not presented at the exhibition. Visitors not only failed to examine the prototype of this fighter near, but did not even receive any information about it. There was not even the most simple advertising booklets. According to reports, official representatives of Chinese corporations did not comment on the lack of a promising combat vehicle. In the same way, another new Chinese-developed fighter did not hit the exhibition area. In recent years, there has been a lot of talk about the deep modernization of the Shenyang J-11 fighter called the J-11B. It was reported that the aircraft will receive onboard equipment made with extensive use of Chinese components, which will lead to a significant increase in flight and combat qualities. However, there is still no clear and precise information about the program. At the last exhibition Airshow China 2012 the situation did not clear up. 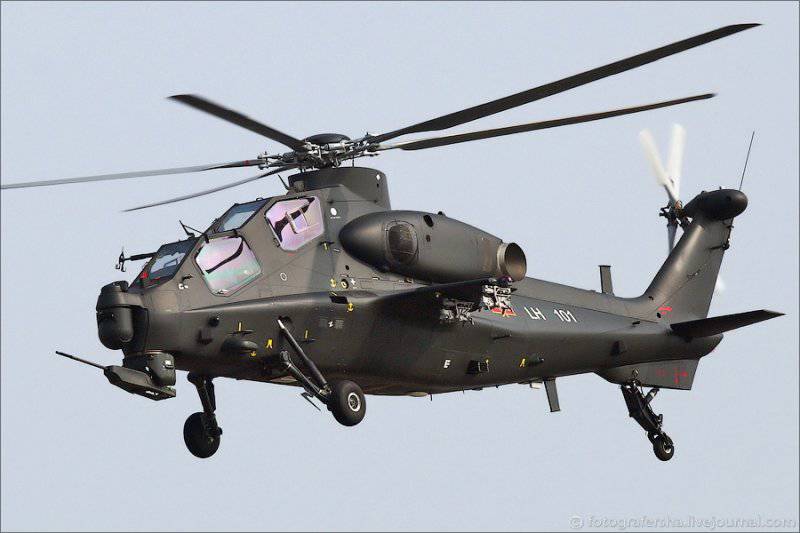 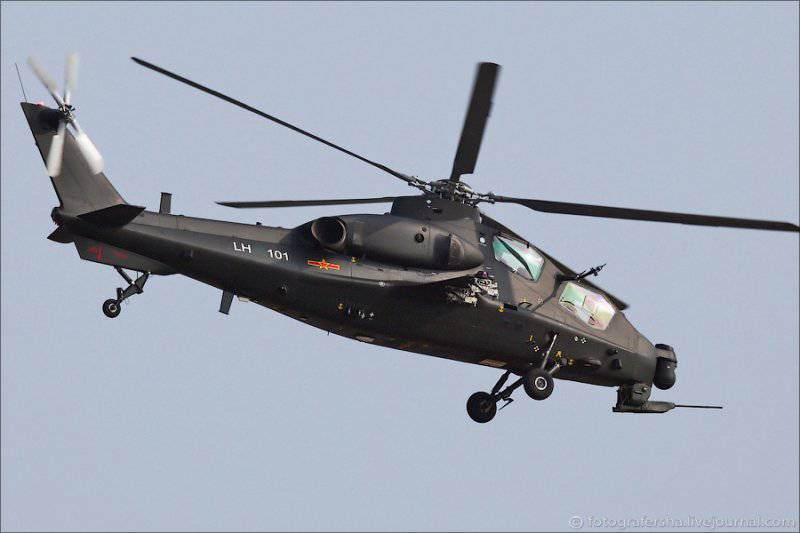 A kind of compensation for the absence of the long-promised fighter has become a new combat helicopter WZ-10. This rotary-wing machine is designed to strike on the enemy’s equipment and manpower, for which it has the ability to use guided and unguided weapons. In addition, the helicopter is armed with an automatic gun. It is alleged that the flight and combat characteristics of the WZ-10 helicopter are not inferior to the parameters of foreign cars of the same class, for example, the American AH-64D Apache Longbow. However, the comparison with the American attack helicopter is still difficult due to the incompleteness of the onboard equipment of the Chinese car. The fact is that the WZ-10 has already gone to the troops, and the radar station is not ready for it. Therefore, those two helicopters that were presented at the Airshow China 2012 cabin did not have any signs of the presence of radar equipment. Because of this, representatives of the Chinese aviation industry had to "push" on other factors, such as weapons. Thus, according to the Chinese, the HJ-10 anti-tank missile is almost as good as the American AGM-114 Hellfire. For obvious reasons, it is unknown how these words correspond to reality.

The remaining exhibits of the Chinese part of the exhibition were mock-ups created to showcase new projects. The largest of these models was the reproduced nose of the Jiaolong-600 seaplane. This four-engine turboprop aircraft with the ability to take off and land both on the ground and on the water must make its first flight in the 2014 year. At present, the design work on the project is being completed and the construction of the first prototype will soon begin. If the Jialong-600 is put into mass production, it will become the largest flying boat among the airplanes of this class that have ever been built in a large series.

Currently, Chinese aircraft manufacturers are actively working on the subject of light aircraft. The fact is that in the near future in China must change the rules for small aircraft, and this should lead to a significant increase in the relevant sector of the market. Despite the only planned changes in the legislation, small aircraft have already attracted the attention of domestic investors. Chinese analysts have calculated that with favorable developments in the coming 12-15 years, China's light-engine aircraft will be able to win up to 20% of the global market.

Chinese aircraft manufacturers have not forgotten to show promising projects that attract attention with their courage. At the stands of AVIC and other companies, three models of aircraft of the original layout were observed. Projects under the names Avant-Courier I, Bateleur and Platypus, as is evident from the appearance of the models, imply the creation of machines belonging to the class "rotorcraft". Unfortunately, all available information about new Chinese projects is limited to only a few general phrases. However, based on stories rotorcraft, you can roughly imagine the pursued goals. The main task of such machines has always been to achieve high flight speeds. The current status and technical details of the projects were not disclosed, therefore news The appearance of full-fledged prototypes may appear in the very near future, and in a few years.

In general, the Chinese exposition at the Airshow China 2012 gives the impression of a peculiar attempt to show itself. Of course, in a number of industries, China cannot yet compete with the leading countries of the world, but it is actively moving towards this. Unfortunately for many cabin visitors, the Chengdu company did not introduce the J-20 fighter. Of course, this fact became the basis for various reflections. Admittedly, there has been some progress compared with the previous Airshow China showrooms. So there is every reason to believe that at the next exhibition in 2014, Chinese aircraft manufacturers will show new, even more interesting projects, as well as exhibit the technology that this year was only in the form of models. 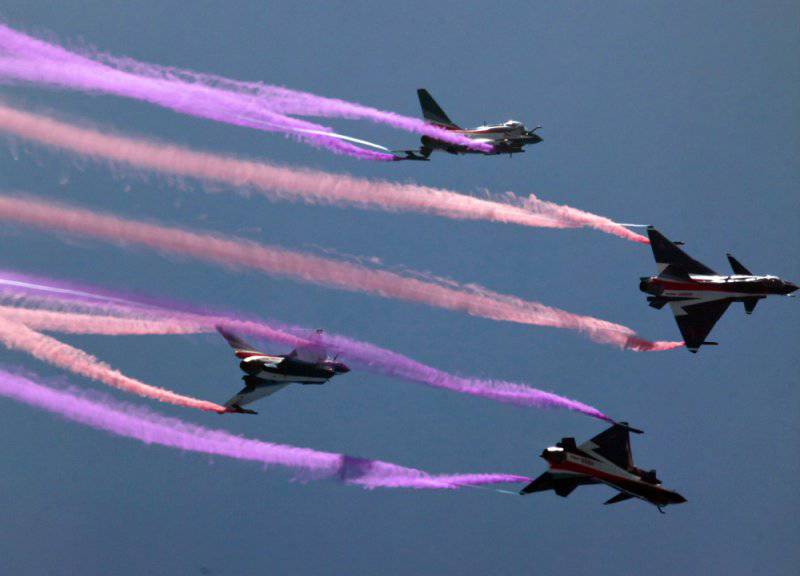 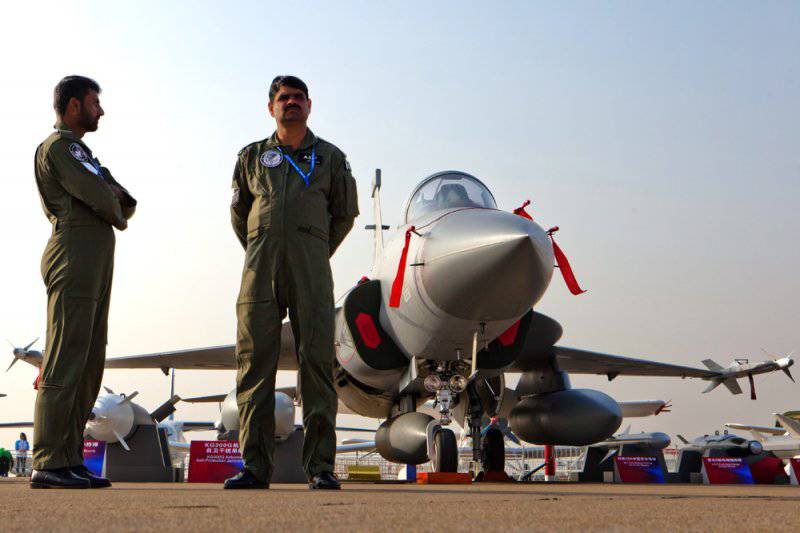