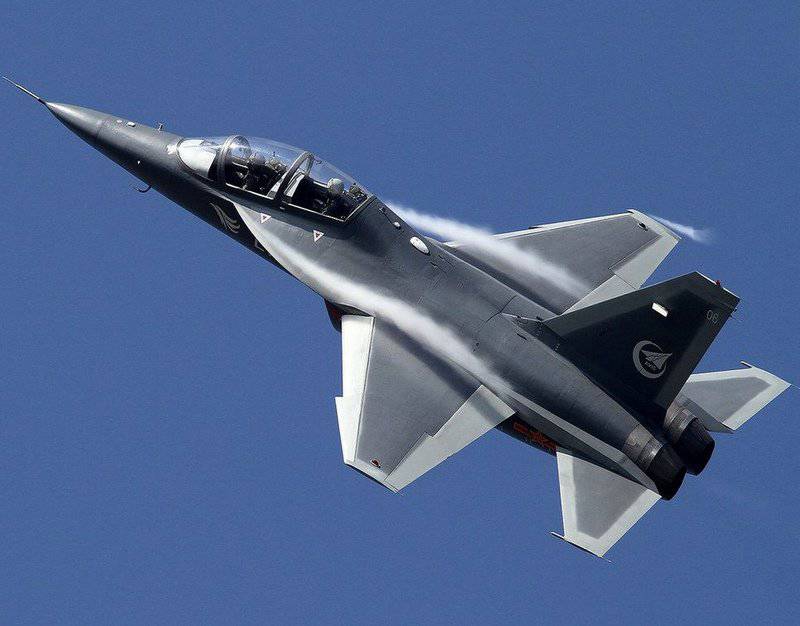 The agreement was signed at the Airshow China-2012 air show in Zhuhai.

According to Flight International, the contract with CATIC should be the first export sale of the L-15 aircraft, which China has been actively promoting in recent years to the international market.

According to CATIC president Ma Sipping, the official first sale of L-15 will be announced next year. Currently, neither the manufacturer nor the intermediary does not disclose the customer aircraft.

A spokesperson for AVIC Hundu confirmed that the company had started small-scale production of the L-15, and the delivery of the first 12 aircraft would be completed by the end of the 2013 of the year.

The company also said it will develop a new powerplant for the L-15, which will receive the designation "Minshan." Currently, twin-engine aircraft is equipped with AI-222-25F engines of the Ukrainian Motor Sich JSC. According to AVIC, the Minshan will be a twin-shaft turbojet dual-engine with an afterburner.

To date, the tests of the main components of the power plant have been completed with a satisfactory result, which allows us to expect that the development will be completed within a few years.

In the spring of this year, Chinese media quoted a statement from one of the leaders of the Hongda Aviation Industry Company that over the past few years, China has received a number of applications from Latin America and Africa for the supply of L-15, and the production of the first batch of 12 aircraft will begin in the current year

Potential customers of L-15 consider, first of all, those countries that are operators of the Karakorum TCB K-8.

Preliminary negotiations on the supply of L-15 held with the Air Force of several African countries, including Namibia and the DRC. The Venezuelan government is also assessing the feasibility of acquiring L-15.