So did or not Lieutenant Colonel Stanislav Petrov accomplish the feat? 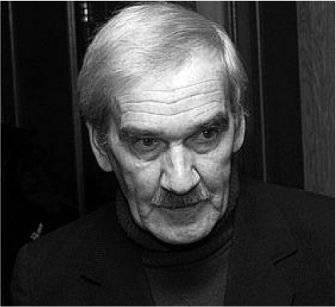 "A quarter of a century ago, Soviet officer Stanislav Petrov saved the world from thermonuclear war, but Russia still prefers not to notice the hero's feat" - such is the leitmotif of the Western press speeches of the representatives of the so-called "international public organization" - the Association of World Citizens.

In New York, at the headquarters of the United Nations, a retired lieutenant colonel was awarded a crystal statuette "A Hand Holding a Globe" engraved with the inscription "A Man Who Prevented an Atomic Catastrophe."

According to the president of the association Douglas Mattern, 26 of September 1983, Lieutenant Colonel Petrov, while serving as an operational duty officer at the command post of the Serpukhov-15 air defense missile attack warning system, decided to ignore the readings of automation on the launch of five American ballistic missiles from the United States towards the USSR Minuteman missiles with ten nuclear warheads each. Screens blinked, an inscription appeared on the map display: "Rocket attack!". All data was immediately rechecked - no signs of error. And then Petrov accomplished not a military, but a human feat - despite all the evidence of electronics, with his power he declared the alarm false. And it turned out to be right: the warning system failed.

Approximately a couple of years ago, Petrov told American journalists who were trying to find out from which base the Russian satellite spotted the start. "
What difference does it make to you? - he said then. “Anyway, America wouldn't exist."

At the end of May, 2004, according to Trud, the representatives of the American Association came to Moscow specifically to thank Petrov and give him a memorial sign "Honorary Citizen of the World" and a prize of ... a thousand dollars.

RIA correspondent "News"asked Stanislav Petrov in New York: was he awarded or punished for his deed at that time?
“Neither one nor the other happened,” the retired lieutenant colonel replied. “At first, of course, they said:“ We will represent a reward. ”But then they appointed a state commission to investigate the causes, which, as usual, found flaws in my actions. that its members included people who were responsible for this failure. "

“Foreigners tend to exaggerate my heroism,” said the former officer in another interview. “What to take from them - well-fed, apolitical people. Sometimes half of the addresses are written on envelopes:“ Fryazino city, a hero like that ”- and it comes. And I just did my job. "

Incidentally, the former night of 83 and Petrov himself was declassified by his former chief, Colonel-General Votintsev, telling Western journalists about this. And it started - articles in the most famous foreign publications, television, trips. In Europe, Stanislav Evgrafovich was once driven by a certain Karl, a citizen of the Federal Republic of Germany, who is known to be the owner of a funeral home network.

The Labor correspondent contacted the UN headquarters in New York and asked the representatives of the information center about the Association of World Citizens. To our surprise, little is known about such an organization.
“You have no idea: hundreds of organizations use our platform for self-promotion,” UN officials said. “And the name of almost every one of them begins with the word 'association.” As for the organization you named, it seems that it is known ... for its loud promotions for the protection of human rights in China. "

- All this история It looks very doubtful and looks like some kind of PR campaign. If the destinies of the world would have depended on the sole decisions of operational on-duty missile attack warning systems (EWS) on both sides of the ocean, the nuclear apocalypse would most likely have come a long time ago. At least because during the half a century of strategic confrontation between the United States and the USSR in the cold war, computers have repeatedly failed. It happened, for example, in 1980, with the American early warning system. Information about the mass launch of Soviet intercontinental ballistic missiles appeared on its screens. Lieutenant Colonel Petrov was not there, but the war, as we know, did not happen. The Pentagon managed to hold an emergency conference call for the command headquarters and the White House staff. At the same time, airplanes equipped to command centers of strategic forces and command repeater planes were raised into the air to remove them from the possible strike. Own nuclear forces were brought to the highest degree of combat readiness for a retaliatory strike. Meanwhile, experts have figured out everything and the alarm was canceled.

Therefore, it is not surprising that the well-known Russian expert in the field of strategic nuclear forces, missile defense and military space, in 1993-2001, the head of the 4-th Research Institute of the Ministry of Defense, Major-General Vladimir Dvorkin was brief in the comments:

- I know about this case. Petrov did not save anything and could not save. All this bullshit.

Lead Research Fellow of the IMEMO RAN, Major General (Ret.) Vladimir Belous, believes that this is political speculation, one of those that arise in the West every time they try there once again to exacerbate the issue of the “Russian military threat” and the need to strengthen control over our nuclear forces. Something similar, according to Belous, happened in 1995 year. Then our systems recorded a sudden launch of the American research ballistic missile from the Norwegian island of Andoj. The warning about starting to Russia was supposedly sent, but it did not reach the addressee. The signal from the EWS system passed to the President of Russia, but there was no preparation for a retaliatory nuclear strike. With the incident quickly figured out. Nevertheless, in the West they immediately began to talk about the fact that the world through the fault of Moscow was again on the brink of precipice.

Opinion of the eyewitness (served from 1976 to 1988 for a year, first as an engineer, then as a senior engineer-chief of the combat crew, retired major Klintsov):
I just served at this time at this facility, went to b / d and I know about this fact. There was no hysteria, everything went smoothly, except for the work of the computer. If then the decision about a mass start was made by Lieutenant Colonel Petrov, then this information would be received by the Politburo (General Secretary), the Ministry of Defense and the General Staff at the same time and what decision would be made known only to God. The fact that even now we "walk along the razor's edge" is no secret to anyone, but such officers as Petrov - who can make a decision and hold the answer for that I respect, they are pressed from above and humiliated, and they are and will be. Therefore, how to protect the Homeland is their profession and vocation.

Author:
from the newspaper Trud