Soviet hurt. Stronger does not happen

November 19, 2012
36
For many of us, a whole decade of life fell on the nineties of the twentieth century. The twentieth century, an extraordinary century. The more interesting it is for the historian, the sadder it is for the contemporary. The past century has presented Russia with many great and tragic moments, the last of which was the “dashing nineties” - an insane chain of events during the disintegration of the superpower after the shameful for Russia 1991 year. A huge giant sprawled on 12 time zones collapsed and crumbled under the onslaught of the free market, overnight millions of our fellow citizens became foreigners, the fire of the Chechen war broke out, and Central Asia plunged into a new Middle Ages. The knock of miners' helmets on the Moscow pavement and the MMM's financial scam - that's all we have come as a result of the fierce reforms started by a handful of short-sighted politicians and economists under the strict guidance of specialists from the Harvard Institute for International Development.

Now, recalling that time, many are wondering - was everything really hopelessly lost? Ten years of emptiness. Stagnation in all industries, the degeneration of the Soviet scientific school, whose achievements recently shone from space orbits to the cold depths of the oceans. Together with Nikolaev slipways dreams about ocean navy, industrial chains collapsed and the military-industrial complex ceased to function.

Fortunately, the reality was much less pessimistic. The giant backlog left after the Soviet Union made it possible to overcome the terrible period and, despite the enormous losses, allowed modern Russia to remain one of the most influential countries in the world. Today I would like to talk about how, despite all the hysterical cries of "Lost everything!", People continued to work in their enterprises, creating amazing samples of technology. First of all, military equipment. The military-industrial complex is a fusion of high-tech industries, the engine of progress and an indicator of the level of state development.

Fleet is gaining momentum. By inertia

Perhaps for many it will be a discovery, but the notorious submarine Kursk was one of the most modern submarines in the world. The nuclear submarine missile carrier K-141 "Kursk" (code of the project 949А) was laid 22 March 1992 of the year. Two years later, 16 May 1994, the boat was launched and 30 December of the same year was accepted into the Northern Fleet. The 150 meter is a whopping 24 with thousands of tons. Two nuclear reactors, 24 supersonic cruise missiles, 130 man crew. An atomic-powered vessel could cut through the ocean waters at a speed of a 32 node (60 km / h) and go to a depth of 600 meters. Hmm ... it seems that not all engineers and workers of the Northern Machine-Building Enterprise drank themselves or turned into "businessmen" with large checkered bags filled with Turkish consumer goods. 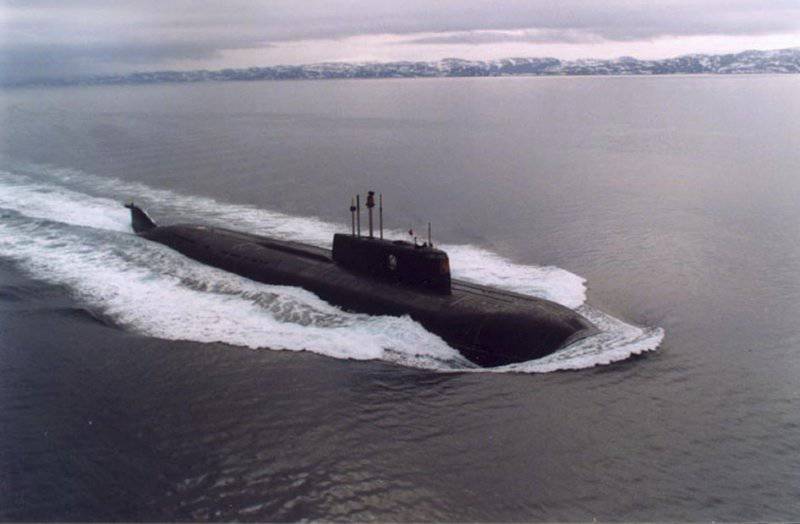 K-141 "Kursk" - not the only submarine, built in that difficult time. Together with it, the same type of K-150 "Tomsk" was built on the stocks of Sevmash: the bookmark was August 1991, the launching was July 1996. 17 March 1997 of the year K-150 became part of the 1 fleet of submarines of the Northern Fleet. In 1998, the newest underwater nuclear-powered vessel made the transition to the Far East under the ice of the Arctic Ocean. Currently part of the Pacific Fleet.
In addition to the “aircraft carrier killers” of the 949A project, the multipurpose atomic “Pikes” of the 971 project were built by inertia in the country ruined by the reforms:
K-419 Kuzbass. Bookmark 1991. Launch: 1992. Admission to the fleet in 1992.
K-295 Samara. Bookmark 1993 d. Launching 1994 d. Admission to the fleet in the year 1995.
K-157 Vepr. Bookmark 1990 d. Launching 1994 d. Admission to the fleet in the year 1995.
K-335 "Cheetah", laid down in 1991, was no longer able to be completed within normal terms - its construction was delayed for many years (adopted in the Northern Fleet in 2001). The same fate awaited the K-152 “Nerpa” boat - its construction was carried out for a long 12 years. When getting acquainted with the facts, it is clearly seen how the industrial impulse left by the disappeared USSR gradually faded. The ship construction lines were getting longer, in the second half of the 90's only one new boat was laid - the strategic submarine carrier Y-Dolgoruky K-535 (code of the 955 project Borey).

Difficult and expensive surface ships were a luxury item even for the Soviet Union. The construction of a large surface fleet was clearly beyond the power of the newly formed country, nevertheless some progress was achieved: in 1998, the nuclear-powered missile cruiser Peter the Great, the last of the four Orlans, became the largest and most powerful of non-inclining ships in the world. The construction of the atomic cruiser was carried out with significant interruptions for more than 10 years, but efforts were not in vain - 26 thousands of tons of glittering metal now plow the oceans, showing the whole planet St. Andrew's flag. 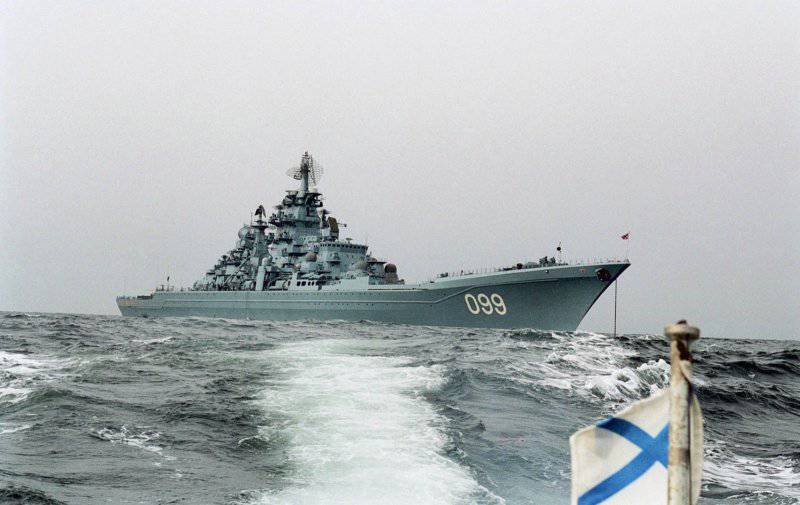 In addition to the powerful cruiser, it was possible to complete the large anti-submarine ship Admiral Chabanenko (bookmark - 1990 year, entry into service - 1999) and two squadron destroyers of the 956 project - “Important” and “Thoughtful”. Unfortunately, immediately after the acceptance act was signed, the flag of the Russian Navy was lowered on the destroyers and both ships replenished the military fleet of the People's Republic of China. 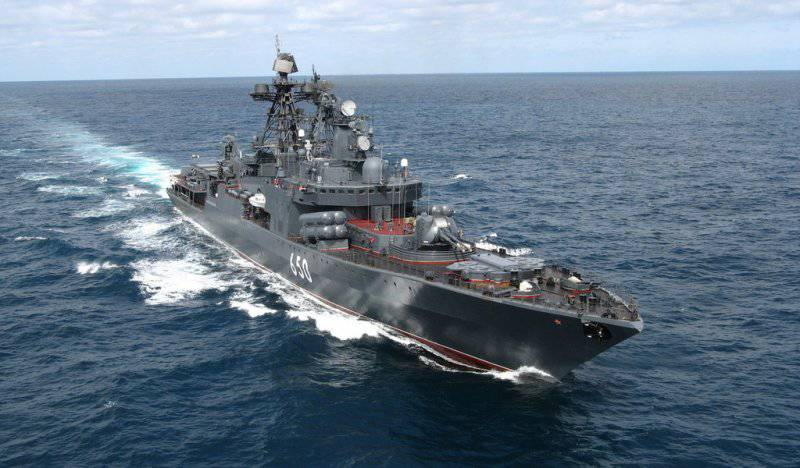 BOD "Admiral Chabanenko". The total displacement is 9000 tons. Crew 300 man. The ship is equipped with a balanced armament complex and is able to effectively deal with surface, underwater and airborne enemy in the vast world ocean.
A truly significant event for our sailors was the development of the heavy aircraft-carrying cruiser Admiral Kuznetsov - the ship was built in the last years of the USSR and its testing fell on the "dashing nineties." Obviously, not everyone in the leadership of the Navy dreamed about how to quickly ship ships to China for metal. Among the admirals were real OFFICERS and PATRIOTS - in the most difficult years for the country, the fleet received 26 carrier-based Su-33 fighters and painstaking work began on the development of a new ship, testing its systems and testing the tactics of using an aircraft carrier group. Especially memorable was the “Mediterranean Raid” - a long voyage of warships of the Northern Fleet (December 1995 - March 1996), during which an exchange of visits with American sailors took place, and the deck aviation both countries carried out major joint maneuvers.
Despite all the efforts to save the ships, our fleet suffered heavy losses: we did not wait for the Ulyanovsk nuclear aircraft carrier and a series of large anti-submarine ships Ave. 1155.1. Many submarines under construction were ruined, a significant part of the ships lost their combat capability and was sold abroad - by the beginning of the new century the Navy had not received half of what had been planned in 80's. But you must admit that Russian shipbuilders were not at all idle ...

Only numbers and facts

It was not by chance that I paid much attention to the description of the problems and achievements of the Russian Navy. The Navy is the most complex and expensive type of the Armed Forces, according to its state a logical conclusion can be made about the state of the entire military-industrial complex.
There were certain successes in other industries: they did not sit idle in Nizhny Tagil - in the 90s, 120 modern forces received tanks T-90 and several hundred units of combat tracked for various purposes. Few, very few - in developed countries, the bill went to many hundreds of cars, but still better than nothing at all. Russian tank builders were able to maintain the technology, mastered mass production in the fierce conditions of the free market, and even managed to reach the world level, becoming one of the leading exporters of armored vehicles.

New weapons systems were actively developed: the Beech M1-2, Pantsir-C1 anti-aircraft missile systems (first demonstrated at the international aerospace show MAKS-1995), numerous modifications of the C-300 systems were created, weapons: pistols GSH-18, automatic AN-94 "Abakan".
Aviation did not lag behind: in the 1997, the Ka-52 Alligator attack helicopter made its first flight — a worthy successor to the traditions of the Black Shark; in the early 90s, the Su-30 commercial project began — the Sukhoi fighter jets began to move rapidly on the world market. 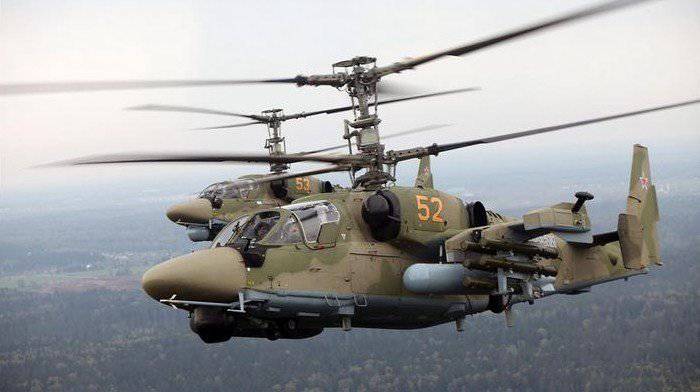 A number of “non-production-oriented” steps were taken towards strengthening the Russian air force: thus, at the very end of 90, an agreement was concluded with Ukraine on the transfer of supersonic Tu-9 supersonic strategic rocket carriers and three Tu-160 to 95 instead of paying off gas debts. The White Swans happily avoided inevitable destruction and are now part of the Russian nuclear triad.

The first space power did not have any moral right to ineptly curtail its space program - the Mir orbital station functioned, domestic launch vehicles regularly put a "commercial load" into orbit - in the era of rapid development of telecommunications from potential foreign customers there was no end. In ground design bureaus, a new Angara launch vehicle and the Liana electronic intelligence system were being designed.
Scientific research did not stay aside - in 1996, an automatic station Mars-96 went to Mars, unfortunately, the mission failed from the very beginning - the station fell in the Pacific Ocean. Russian cosmonaut Valery Polyakov in 1994-1995 set a record for man’s stay in space after spending a day on board the 438 orbital station. 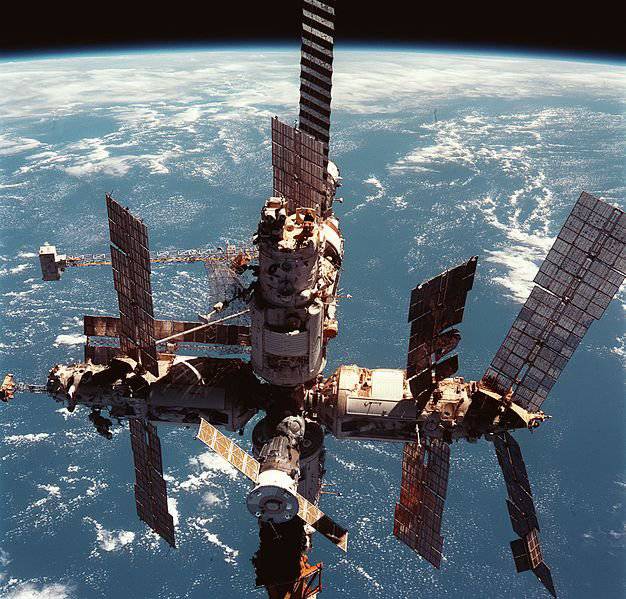 Orbital station "Mir". Weight - 124 tons. Construction began in 1986, the last module of Nature was docked in April of 1995. In total, for 15 years, 104 astronauts from 12 countries worked in the station.
Considering the above-mentioned facts, all the talk about “20-year-old backwardness” of Russia is at least incorrect — in the “reformed” country, work continued in all areas of science and technology. Well, the ballet, of course, did not go anywhere. A strong Soviet groundwork has helped our Fatherland to adequately overcome the most difficult times.