Dark Age in the Caucasus 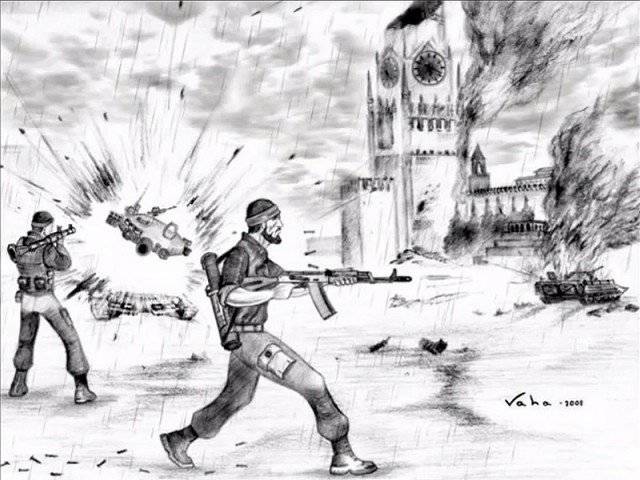 The Kremlin has relied on unpopular politicians in Chechnya - on the father and son of the Kadyrovs instead of Alkhanov or Khasbulatov. Chechnya itself is split into two camps - a little more than half are in favor of an alliance with the Russian Federation, the rest are for an armed struggle against it. But this knowledge of the republic belongs to 2005 as well - later the social research in Chechnya, and in the whole of the Caucasus, ceased.

Strangely enough, but even in the years of independent Ichkeria, and later during the military actions in the republic, sociological research did not stop there. At the same time, the presence of several centers of power and opposing clans in Chechnya of that time ensured such truthfulness to such studies: obtaining false statistical data would immediately cause a natural disturbance in the opposite camp.

The figures of sociologists then showed one strange pattern: the Kremlin with maniacal persistence relied in Chechnya on not the most popular people.

As we can see, Akhmat Kadyrov, who eventually led the new Chechnya, which again became part of Russia, was only 4 in popularity, losing 2,5 times to Maskhadov and almost 40% to Alikhadzhiyev. The rate of the federal government mow popular politicians, alas.

But even in 2005, representatives of the Kadyrov clan were significantly inferior in popularity to other Chechen politicians: 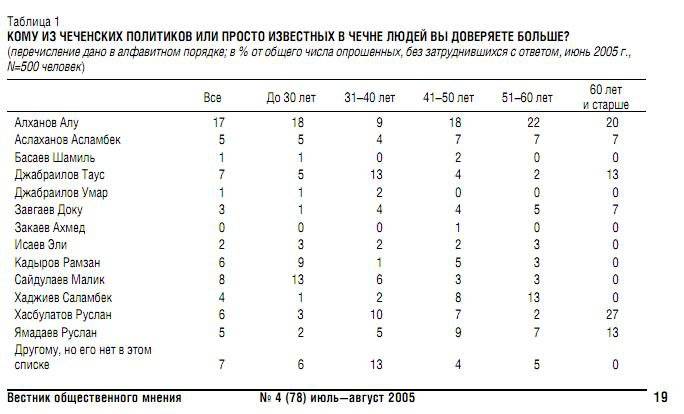 Another question related to relations with Russia. The poll was conducted in the 2003 year, only three years passed after the punitive operation of the federal troops, and, of course, this should have left an imprint on the attitude of the Chechens to the federal center. But here are the amazing results:

“If the question at the referendum were:“ Chechnya should be part of Russia or not? ”, What would you say?”

Almost 66% of Chechen residents linked the future of their republic with Russia. The greatest number of supporters of finding Chechnya in Russia (71%) is among the older age group, the smallest (61%) is among young people.

The statements of the Chechens, why they should be part of Russia, were like this:

“We all know that there is hatred, but on the contrary. We will not rise today without Russia, we will not recover, we will need God for how many years. Without Russia's help, Chechnya cannot exist. The geographical position will not allow, and now we can’t do the elementary nail ourselves ”.

At the same time, the majority of Chechens frankly stated that their armed struggle against Russia will continue (2003 year): 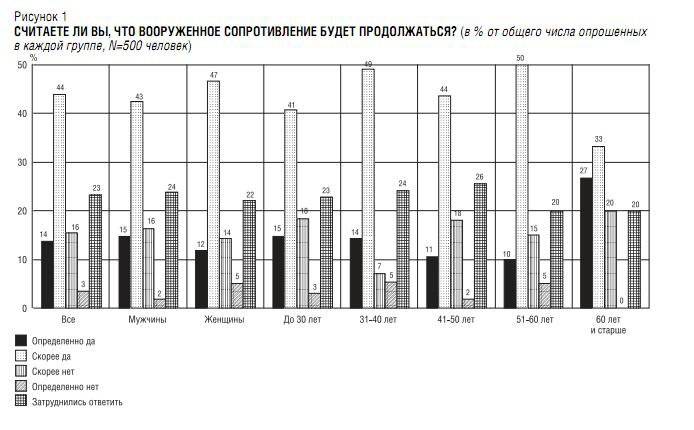 If in Chechnya in the first half of this decade, sociologists could make at least some measurements, then Dagestan always remained a “black hole” for them. Here is a description of the scientists from 2006 year, with what difficulties they faced in this republic:

“In some villages, due to prohibitive policies, it was necessary to conduct a“ snowball ”poll, i.e. the respondents required the quota were literally called by the head to the Administration, where they talked with the interviewer in separate rooms. The survey was especially difficult in the so-called “Sharia villages”, where the positions of Muslim spiritual leaders are strong and where the “Sharia republics” de facto exist.

The survey in these villages took place under the supervision of local imams, while women were interviewed only in the presence of men, and the interviewers noted that women, especially the young, were extremely embarrassed when answering questions.

The interviewers reported that some respondents, who initially declared their education as “higher”, responded that they had completed 8-9 classes before the university. Therefore, we asked the interviewers to find out and record the real education of the research participants. ”

The last time something more or less similar to a poll was conducted in the Caucasus in 2009, in Chechnya. The study was made by the local office “Poll Media”, so you can easily predict the results yourself.

The absolute majority of respondents expressed support for the course conducted by Ramzan Kadyrov - 87,3% of respondents, 10,8% rated the policy of regional leadership as generally positive, 1,9% of respondents found it difficult to answer this question. 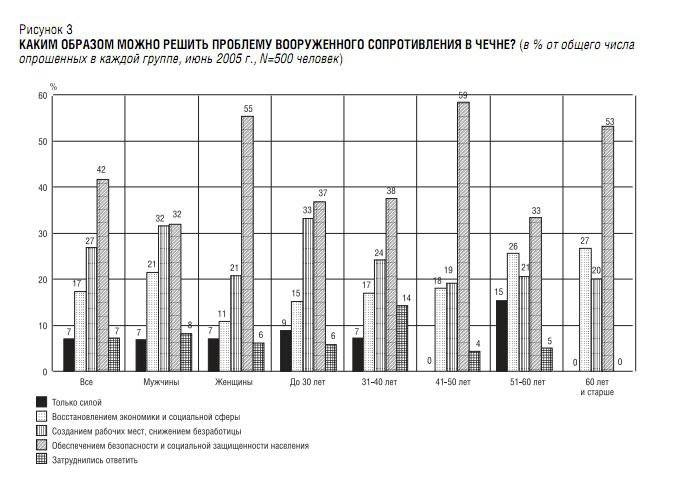 In general, a predictable result. As well as the results of the federal elections in Chechnya, where 98-99% is provided to the “main force”.

More interesting is the survey results outside the zone of the national republics of the Caucasus, but where there is a large Caucasian diaspora in the Stavropol Territory. There is more freedom for the researcher, and frankness among the respondents. So, in 2008, in Pyatigorsk, a relatively representative survey was conducted.

In general, the Stavropol people do not particularly like anyone, but they hate many. 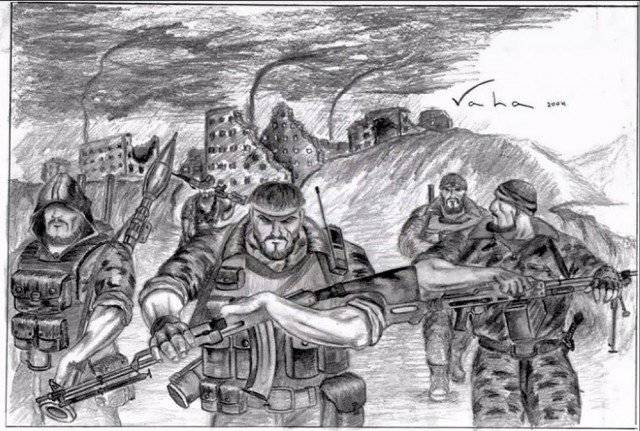 What can we say according to the data of such opinion polls in the Caucasus? There is no civil nation here - just as in Russia as a whole, and ethnic nations are only forming. The Caucasus is not going to leave Russia, and, apparently, in this desire it will stand to the end. At the same time, the Caucasus is not homogeneous: if in Chechnya we succeeded in planting the leaderist subculture unusual for it, then Dagestan remained a liberty inherent to it historically. In the rest of the national republics of the Caucasus, they did not even have time to become ethnic nations - most likely, we are in for a “gap” between the duo-republics (Kabardino-Balkaria and Karachay-Cherkessia).

Well, and most importantly - Moscow sociologists in the last 3-4 of the year are not at all interested in what is happening in the Caucasus. And ignorance gives rise to many sorrows.