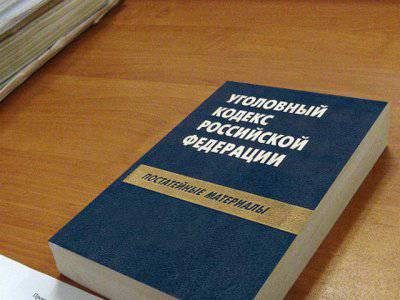 After lengthy discussions in the first reading, the deputies of the State Duma adopted amendments to the articles of the Criminal Code of the Russian Federation on treason and espionage. The amendments were drafted by the FSB and made by the Government 4 a year ago, and at a certain period the work on adopting them was suspended with the wording “it is necessary to think more carefully”. Suspension was initiated, as they say, from above - by President Dmitry Medvedev.


After the appearance of information on the adoption by parliamentarians of the new version of the articles of the Criminal Code of the Russian Federation in the first reading, as usual, the serious discussion in the press and blogosphere began to seethe. What is interesting, despite the fact that Rossiyskaya Gazeta presented the full version of the articles edited by the deputies, the judgments about the amendments made are very different, including, absolutely opposite to each other. And if offhand to take and read a few, even quite reputable federal publications, it turns out that analysts' opinions on the amendments made to the articles on espionage and treason are significantly different.

So, what has undergone significant changes in these articles of the Criminal Code?

An updated definition of the term “treason” has appeared:

The definition itself already contains the key points of the changes.

One of, let's say, radical changes can be considered the emergence of an additional article (Art. 283.1), which is called "Illegal receipt of information constituting a state secret." The punishment for such unlawful acts appears to be quite lenient and amounts either to imprisonment for up to 4 years, or to penalties in the amount of 200 thousand to 500 thousand rubles. The softness of punishment in this case, according to the authors of the article, is due to the fact that the article will concern those persons who tried to illegally obtain secret information without setting themselves the task of using this information for spy purposes. However, there is an option in which a person who commits an act aimed at illegally obtaining information constituting a state secret may receive up to 8 years in prison. Such a precedent will arise if the receipt of information took place with the participation of a group of persons, using violent acts, or technical means. In the latter case, we can talk about the so-called cyber-variant of obtaining secret data.

Some people call the article that has emerged as an anti-democratic nightmare that infringes on human rights, while others, on the contrary, are inclined to say that the changes made in this case are rather mild. In general, how many people, so many, as you know, and opinions ... The article itself does not look superfluous, but at the same time it has its weak points. I will formulate them below, and if experienced lawyers find gaps in the reasoning, I will be glad to study them in the comments.

If you take a close look at the presented changes, the article does not quite unambiguously reveal how it is generally possible to determine whether persons who forcibly obtained secret information were gathered, use them for acts falling under the status of treason or espionage, or did not. In this case, the entire burden falls on the shoulders of law enforcement, collecting evidence on the unraveled case. If a certain group of individuals (or an individual) monitors an employee of a certain secret enterprise, and then attacks him in a dark alley and takes away a bag with secret documents, is there a chance for state prosecutors to prove that the attackers did this solely for the purpose of espionage? Obviously, with an experienced lawyer, everything can be presented in a completely different form. The attackers attacked the employee of the secret center, not knowing that he was an employee of such a center, and the bag was torn out of his hands, only to then pull out his mobile phone and wallet. The papers, of which secrecy, naturally, did not suspect anything, for example, were burned on the road or used for need ...

And in general, it is not entirely clear whether it may be necessary to forcibly acquire secret data without using this data for spy purposes. This question is answered by representatives of the FSB, as will be described a little lower. In the meantime, there are a couple of options that can be pre-voiced in this case. Option one: a certain third party used banal robbers to steal secret documents from an employee of a closed research center (or some similar structure). The robbers were caught, but they said that they didn’t care about the papers they obtained by force, and they stole them solely for the sake of profit from the customer, whose name and data may not be known. Option Two: banal curiosity (and this happens). The situation of the following plan: “Come on, let me see what is in your diplomat ... Ah, don't give it to you! Then I'll take it by force! Oh, yes, there are some drawings ... I'll take it home, have the children paint ... ”Something like that. Well, if the article is used for the last two options, then the 200 thousand fine is understandable in principle, but everything else somehow hardly fits into such a mild punishment for those who consciously took possession of secret information, knowing that they are secret .

And now directly about why the FSB developed this article. As they say, official information without any copyright speculation.

The press service of the Federal Security Service expressed the following way: the introduction of the new article is intended to put a barrier to those who are going to confer the status of an object that can be sold or bought to a state secret. In general, as it is not difficult to understand, the first scenario works - the scenario with the presence of third parties.

There are other changes in the part of the Criminal Code that concerns treason and espionage. These changes are already quite straightforward. For example, in the draft law, which was adopted in the first reading, it was stated that only the person who deals with such information on duty (study) can issue secret information that somehow relates to the concept of state secrets. In other words, it’s impossible to condemn a person who found a flash drive containing secret files on the street and then put these files on his social media page to discuss interesting pictures with his friends if this person has nothing to do with such files at all. did not have. This is a very thoughtful part of the bill, which cuts off numerous misinterpretations about the fact that now for the treason they can condemn any homeless person from the street, sleeping on secret papers, accidentally flying out of the window of a military unit.

The appearance in the Criminal Code of such an addition, which concerns not only the activities of, say, for the benefit of foreign intelligence services, but also for the benefit of international organizations collecting certain information, can also be considered a timely novelty of the articles of the Criminal Code on espionage and treason. This addition will help prevent citizens from transferring secret information to certain funds, committees, services, and other non-profit organizations created under foreign patronage. After all, it is no secret that intelligence is modernized and modified over time, and therefore, in the territory of the Russian Federation over the past few years, some institutions have been opened with very dubious tasks. For example, nothing prevents the opening of some hypothetical fund for assistance to Russian nuclear physicists, whose main office is located somewhere in Michigan, and branches in Russian cities ... And what kind of assistance does nuclear physics have, and why do nuclear physicists decided to provide such assistance - a big question. So, in order to have fewer questions, the article suppresses any desire to pour out one’s soul in front of various kinds of foreign structures hiding behind human rights activities.

It should be noted that spying activities now include consulting services, material, technical and financial assistance to organizations that are found to be collecting sensitive information.

For obvious reasons, such a change in the Criminal Code of the Russian Federation made the most democratized sections of society say that the Russian authorities are trying to exert pressure on NGOs again. Well, and what is the Russian government still to do, if through these very NPOs in recent years much more information containing state secrets has passed than through all the intelligence agencies of the world working against Russia, taken together ... At this, as they say, blame the mirror. "

Are the changes made similar to the opening of the road for witch hunters? - Hardly. Rather, on the contrary, the adoption of amendments is connected with the protection of the rights and freedoms of those who are accustomed to living according to the law and not using pseudo-democratic slogans for information frauds aimed at undermining the country's security.