Meanwhile, there is no reliable information that this is a corvette that won the competition, but according to the captain of the 1 rank, with whom the Telegraphist was able to discuss newsThis is a fundamentally new ship that will use stealth technology, known as stealth.

The Corvette is a multipurpose ship that combines the functions of rocket-artillery, anti-aircraft, anti-submarine and anti-mine ships.

Some conditions of the competition:

The futuristic appearance of the corvette should be a single platform that can transform depending on the performance of the above functions. The platform should have contours that significantly reduce its effective area of ​​dispersion (implementation of “Stealth” technologies) and can be performed both in single-hull and multi-hull versions (catamaran, trimaran), including using different dynamic maintenance principles (on hydrofoil , air cushion, air cavern, etc.).

Computer models of the winner of the competition: 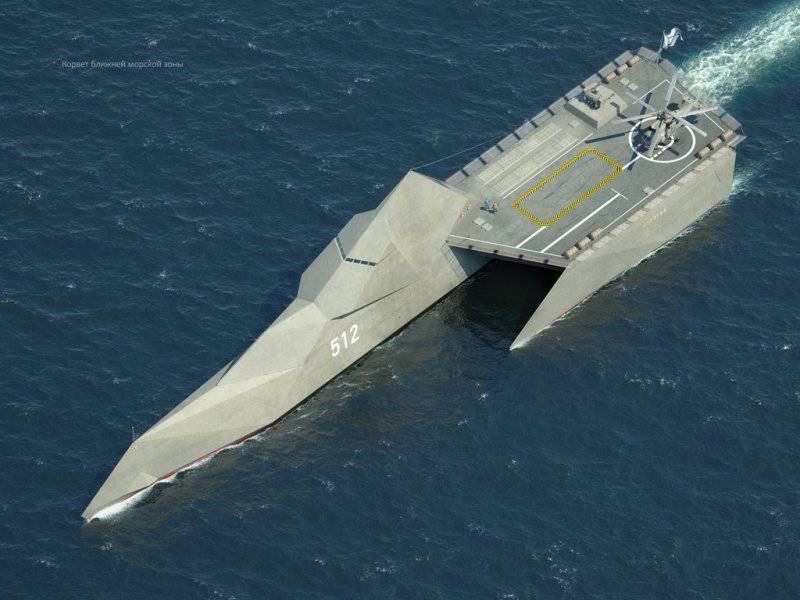 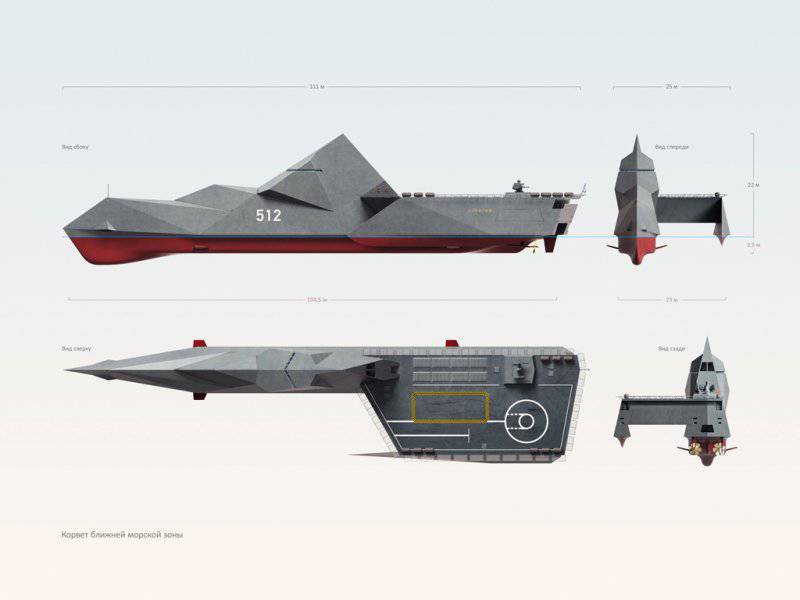