In three years, Russia will be completely unarmed in the face of external threats.

November 14, 2012
50
All efforts must be abandoned to create a qualitatively new army, the expert calls 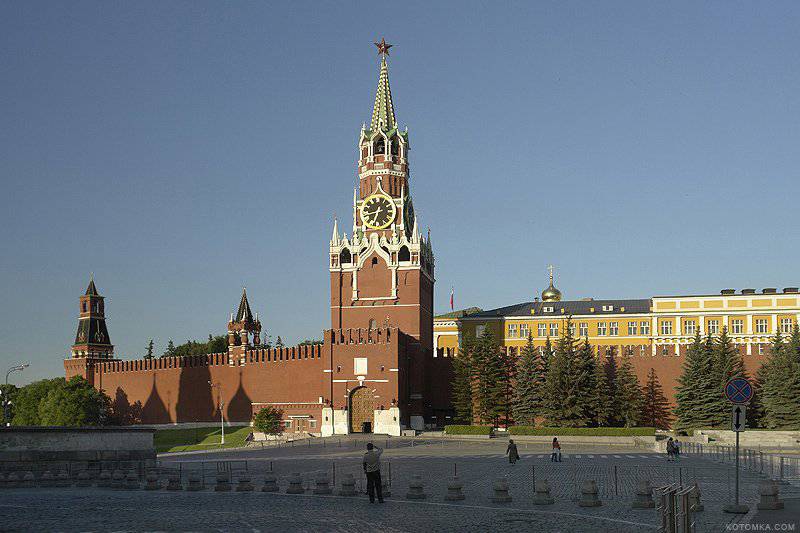 Traces of Anatoly Serdyukov have already cooled down in the corridors of the Ministry of Defense, glasses solemnly in honor of the newly appointed head of the military department Sergei Shoigu have already solemnly echoed, but even the little consecrated in this case is clear: everything is just beginning, and there are still the most important revelations ahead when very interesting facts will surface. relating to the Serdyukov "Five Year Plan".

According to the official version, Vladimir Putin dismissed Anatoly Eduardovich so that he would not interfere with the investigation around the notorious Oboronservis OJSC, where the former minister himself until recently (until 2011) was at the head of the board of directors. However, I confess, few people are satisfied only with this version. Nevertheless, the head of the strategic ministry is not at all the head of the housing department, and somehow all too quickly was suddenly forgotten by everyone that Mr. Serdyukov was a member of the “Putin team”, and Vladimir Vladimirovich, they say, does not give up his . And so it turned out too big a victim in the name of an objective investigation ...

Meanwhile, a few days before historical Serdyukov’s resignation in the Russian government created a special commission to investigate the reasons for the failure of supplies to the army of the Unified Command and Control System weapons in the tactical link (ESU TK). The initiator of the creation of this government commission was Deputy Prime Minister Dmitry Rogozin, who oversees the defense industry. The commission was headed by Army General Alexander Starovoitov, who created the Federal Agency for Government Communications and Information (FAPSI) at the end of 1991, which he led for seven years. Also, General Starovoitov is the general designer of automated data transmission systems (ACS) by the front forces, he led the development of a federal confidential communication system, as well as a special information and telecommunication system of state authorities. The very fact of the creation of this commission and the fact that it was headed by such a serious and authoritative special can probably be explained by the fact that the Kremlin really took the "bummer" with the Unified Management System too much. It is no longer Tanks and not cruisers.

Meanwhile, the problem of creating an automated system for command and control of forces rested on the same thing: the military could not correctly set the task of industry. Moreover, this story, as usual, is old. So, a year ago, in October 2011, Nezavisimaya Gazeta published an interview with the former Chief of the Main Staff of the Ground Forces, Lieutenant General Sergey Skokov. “For objective reasons, the novelty of the task, we, the military, were not able to correctly and comprehensively set the task for the developers. Even the greatest scientist, if he practically did not command a tank platoon, will not be able to qualitatively describe the tasks solved by this platoon, the functionality of the platoon commander and his subordinates in solving these problems. And without this, it is impossible to create a full-fledged automated control system for a tank platoon, ”the military complained. Moreover, according to the lieutenant general, the developed automation system has no analogues in the world. If these words are not empty bravado, then the failure to introduce this system is all the more offensive. How much do comparisons of Russian and American military potential cost in this context?

Meanwhile, the ESU-TZ, according to the tasks previously assigned to Putin by the military department, was to pass all tests in the 2010 year, and by the 2015 year to be mass-supplied to the troops. By the way, in the USA, similar automation of troops and armaments has been supplied to the army for 15 years ...

Of course, this is a very interesting question, why the ESU commission was collected only on 1 in November of this year, right on the eve of Serdyukov’s resignation: after all, at least a couple of years before that, since the breakdown of the testing and implementation schedule, this issue was particularly acute. Should we hope that this is not just another performance, timed to coincide with Serdyukov’s resignation, but a serious attempt to sort out, punish and take action?

In a conversation with a KM.RU columnist, the chairman of the supervisory board of the Institute for Demography, Migration and Regional Development, the leader of the Development Movement, Yuri Krupnov, complained that the military leadership of the country has not yet begun to address the main fundamental problem:

- Unfortunately, in the course of a broad discussion of the resignation of Serdyukov and the appointment of the new Minister of Defense, Shoigu is nowhere and in any way affected the essence of what is happening. And the bottom line is that we practically have no army and, most importantly, no new army project, which would be really effective, effective in the current geopolitical situation. Of course, in the draft of the new army, its technical equipment, including the means of automating troop control, battle management, plays a significant role, but this is only an integral part, and it would be wrong to reduce all conversations only to it. In fact, we could not have any such control system both from a technical-industrial point of view and because there are no troops that can be controlled by it.

Today we do not have a project of a new combat-ready and competitive army as such. And in this situation, we need to clearly understand that by the year of 2015 we will find ourselves in an almost completely unarmed position: after all, our nuclear weapons will actually be devalued through American missile defense, through the order of 10 000 cruise missiles, which, in fact, will not allow us to use nuclear weapons .

Therefore, all efforts should have been devoted to designing a qualitatively new army. And so you need to design a new army, but no one does it. At the top some absolutely minor issues are discussed, some abstract primitive technical systems, once simply ripped off from their American counterparts due to the fact that they didn’t have enough money for their development, they plundered. They discuss issues that are not related to the organization of an efficient army as such, to the organization of the country's defense. Instead of having a substantive conversation about the design and construction of a new army, they talk about people's love for Shoigu, people's dislike for Serdyukov, discuss some intimate, economic issues ...

And no one thinks about what we will come to the 2015 year, when the USA will be ready to implement, in fact, the new edition of the blitzkrieg, the so-called global lightning strike - “prompt global strike”, when for the maximum of an hour our entire defense system it will simply cease to exist, including nuclear weapons, to which we now place such hopes. This topic does not sound from the mouth of either the Supreme Commander or the generals, lieutenants; it is ignored by military analysts in their journal articles.

So I didn’t hear from the new Minister of Defense about the need to create such an army that could withstand a real geopolitical threat. The new head of the General Staff, Gerasimov, is also silent for now, as he was silent about it, say, six months ago. In the meantime, it is time to move away from discussions of some superficial communal issues: it is necessary to raise serious topics of organizing a new army, a new defense system adequate to new threats. In fact, already today the question of the life and death of our country and each of us is acute.