November 14, 2012
10
foreword
We always drink black on Tankman Day. We remember everything and everyone. But not everything and not everything is possible to tell ...
We remembered the order of the Old Tanker on the tankodrom tower ... that was a long time ago ... ,.
It is necessary (!!!) to tell this to the younger generations of tank officers ... 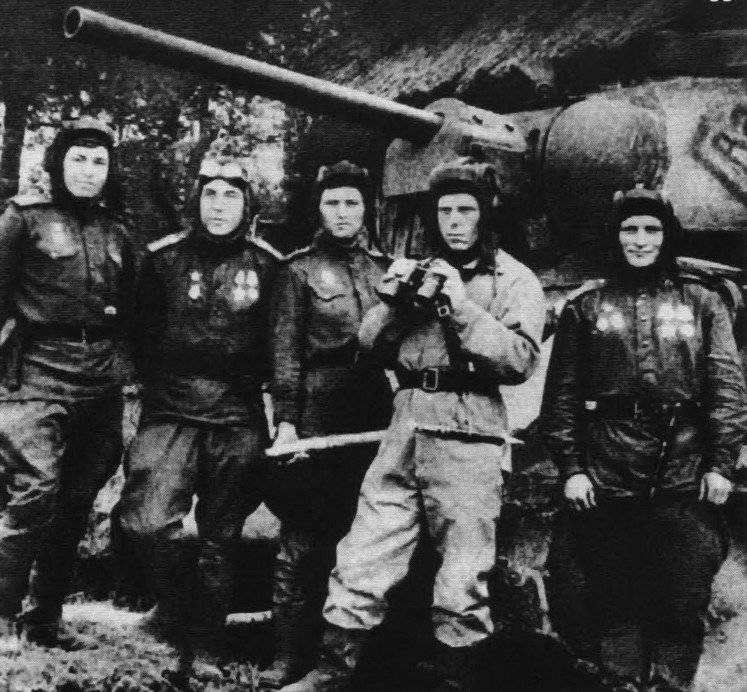 Tankodromnaya tower. Winter. Delivery test driving a tank battalion armored vehicles. Ahead of sending to the "Czechs-2". It is very good that we are now our "oil" other ... chim. This is very good, so 95 th should not happen again when Pashka-Mercedes (Grachev, the Minister of Defense under Yeltsin) threw us naked to shave in the New Year weapons... eprst, brute.

Behind left sleepless weeks of training mechanics, gunners, commanders tanks... And all dishonesty there in the form of KShU (command post exercises) and the like. Tortured in an “arc”, the crew is standing “outdoors”, holding his chin to his chest ... (it’s warmer), covering his eyes to the spiky snowflakes flying in the face with the wind from all sides (except for the nape covered with a headset). Combat sticks out on the "tower". And there is a regiment and a representative of veterans. It was not easy brought it, I would rest at home, in warmth and comfort with a glass of tea.

-What is there for a veteran drew on tankodrom tower?
- Yes, hell knows ... Some old man in a jacket.
-In a jacket? It's cold after all. And where is his down jacket or ... pea coat?
- Yes, hell knows. He sat down on the toilet seat on the tower and stuck there, looking at some crap in a blizzard ...
“To go nuts ... but the difficult extra diapers brought on our heads ...”
-Yeah. Horseradish carrots are not sweeter.
-Exactly.

Double and triple animal "scribe in a glass" woke up and tumbled from the cold and neponyatki. Poor "scribe" ... sorry little animal. This is normal…

Send mehanov races on the track ... young ..., all sorts of ... and experienced ... The animal "scribe" just died. And he is right, lucky! To die is the simplest thing to pass the battalion's training exercise to "ud".

Karas and I, two captains, two company commanders, stood on the hood in front of all the leading staff and devotedly "ate the eyes" of their superiors. Well, so, still - we not stupid, we understand that commanders are always right.

On a stool, he modestly looked at ALL THIS old tanker, putting his chin on his hands, holding an invalid cane. Colonel in stock.

- Command, - wearily cast a phrase of the regiment commander for driving.
- you understand that ?! - the battalion commander asked quietly and seriously, turning from the console, looking up at us with tired whites of the eyes (he didn’t say that the mechs of the whole battalion would look at us - a hammer, a snot rubbing snot in snot.
- Yes, tash major! - we blurted out in unison with Karasem (and what we have to lose, we have nothing to lose, hehe).

Silent look.
- To the machines !!! - Barked battleship.
The right hand mechanically found the right ear of “Cheburashka” (military salute, cheburashka - headset)
- There is!!!
- With God, comrades officers! Show "fucking mother" !!! EPRST !!! - This kompolka delivered a speech to us in the backs, well, just a political officer ... Yes, we do not mind, say what you want, the winter blizzard will write off everything, it is very cold, the blizzard is ... hehe.

If I swore in the "Czechs", then nifiga would not "rumble" on the mountainside, open to all the winds and gully awakened in the caches of weapons from the roar of my diesel engine grenade throwers. I would have been fucking the whole bad word of a clean “scum-conscience” from the main caliber, and then pouring the whole cap of the surrounding world of Nature with a PCT, would have cut the “Fifth” and naddal fuel supply “against the stop” ... If only they my fingers were hard and would have seen if they had survived.

Hehe, what do we have there "next"? “Crossing from the highway” - garbage., “Turning by 90 degrees” - garbage, we are doing everything with 5.
(Devices: "speed" and "cooling"? OK). "Pit". It will be more serious. We put the eye through the pit, the descent to the third, nifiga nothing is not visible through the prism. We feel the bottom of the car that fits "the bottom of the pit" ..., add "turns" to "polik" ... and again ..., we see only one sky through the "prism" ... jolly, nifiga not see where we take off ... and feel the "harp" ground ... Wow, already breathing for a second eknula, hehe, nice.
Beauty…

Ahead of the "minefield." Well, this: neh.r - nah.r on the ground, even boring ...
Through a prism "I straightened the friction armor and" flew "on a thread on the" fourth "...
The turnaround for “180” on “the machine gun and ...“ Snake ”... eprst.
Well, beware, the dog is angry ... Friction ..., Caterpillars ..., Snake arcs and ... finger play on the levers ...
The armor obediently dived from side to side to the teams ... a song ...
Getting out of the "snake" ... Turnovers, reconnection ... Sweat, infection, went into the eyes from under the "Cheburashka" fucking fun "snake".
(Devices: "speed" and "cooling"? OK).
"Double turning on 90 degrees" ... Favorite entertainment (especially in Winter, hehe) ...
The mass of all the "armor" ... clutch of the "gusley" with the frozen ground ..., the air temperature ..., the engine "in the tension" with all its power and engine braking ...
We are full of perverts with a tank, as usual, we don't care about the laws of physics. We don’t care about everything when we are together ...
Exit to the "original" on the "Fifth."

The tank - on the "mountain brake", the gearbox - in the "0", "let go" legs ...
He opened the mechanic hatch, disconnected the TPU from the headset (button), got out of the "armor" and ... sighed with fresh, real AIR !!!
And then the "218-th" harp rumbled on the original, rocking the whole body. The crucian swam up on his box.

-Quick, however, a hammer, a dream!
Tank barely noticeably fever at idle under their feet.
-Thank you, friend !!! ... A stealthy and inconspicuous kiss in the armor on the descent from the hull, and go to the tower.
Winter, biah ... how hot it is!
I'm running. Belated sweat dims the eyes from under the headset already in a stream, fuck the "Cheburashka" from the head ... It's good that there is snow on the village - you can wipe off. Damn, hands tremble.
- Carp, waiting for you.
- You will not get it!. Wash yourself with the snow, it's a lot of it, ”a friend ran up hummingly, climbing a heated muzzle into a snowdrift at the cleared path to the“ original ”one.
- Report?
- Report!
- Ida on the tower, brother ...
- Ayda, hehe ...

Footsteps. The open door to the "tower" of the tower.

- "Tasch ...", the training exercise has been completed! ... Well, you left and then ... (as it should be, about oil there with temperature and other crap).
- Well done !!! Shone kombat. - Zero "downed" !!! (penalty limiters on the obstacles)
- Very good, comrade officers! The regiment rose from his chair.

Karas and I are standing in front of the commanders with eyes burning and not warm after armor, heat and then sweat over the body. Happy, like polished coppers, but not from praise (we need it, tomorrow we are just as easy and cannot be pulled away to everything, and it doesn’t matter what), but from the “feeling of Armor”.

“How do you assess our combat training, dragging the colonel,” the regiment turned to the tanker veteran, screwing up on the out of place turned on light bulb, glowing in the tankodrom tower ceiling.

The old tanker stood up, straightened his shoulders, leaning on a stick.

The gaze opened on a civil jacket with two orders of the Red Star, the Medal For Courage, For Martial Merit medal, on the left side and the garland of red and yellow wounds on the right side of the jacket.

“To hell with you, my mazut is my“ mazut ”, the armored colonel smiled, leaning hard on a stick, his eyes sparkled with the grin of live diesel engines.

His shoulders straightened and the cane in the hands of the tankman buried his head in my chest and Karas' chest.

- What did you expect from me ??? - The wounded tanker grinned ... The stick returned to its original position, maintaining the balance of the lean body.

“Eh, you falcons, eagles,” the old man shook his head reproachfully. Teach me how to drive your own mechans, like you drive yourself ... then I will drink with you !!!
And with a valiant ease, the veteran shook in the air with his stick ...