Who will shoot Russian weapons in Central Asia? 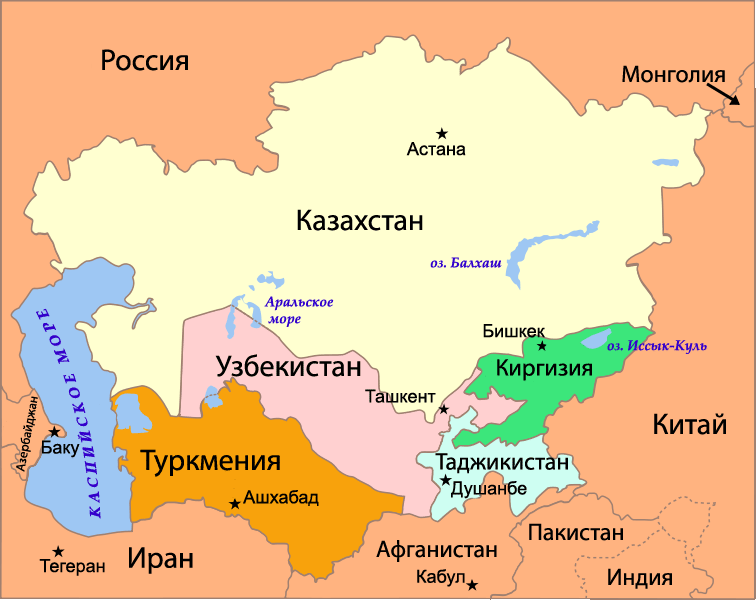 Against the background of their own scandals in the military department, Russia will undertake the rearmament of two foreign armies at once. This one alone news, voiced by the newspaper Kommersant, could well have caused a stir - not only in the press, but also in expert circles, among people who are attentive to the use of Russian weapons outside the Russian Federation. Indeed, it does matter, who exactly will these machine guns shoot at? It’s important, after all, whose war will they support? This context, which is already piquant, is amplified many times over when the names of the countries to which this Russian weapon goes will sound.

Weapons per billion - will receive the Kyrgyz army. And another two hundred million - Tajik.

Kyrgyzstan and Tajikistan. Everything. Knowledgeable people can say nothing more.

Or is it necessary to remind?

For example, Osh-2010. Did hunting rifles shoot at Uzbek, as they say now, irredente? Was the kitchen knives threatened during the inter-ethnic clashes in the flaming mahallas? We dare to remind, the weapon was quite combat then. As they say, they did not let the oil dry. But this is the tradition: in today's Kyrgyzstan, they are arming themselves with just that - brand new, barely from weapons depots. Do not believe it? All the same 2010 year - but only the northern capital of Kyrgyzstan. Any "picture" of that time indicates the homeland of the conflict. This is not Africa. Not the Middle East. And not even Southeast Asia. Not at all. There can not be such brand new "trunks" of the Somali pirates. This democratic forces in Kyrgyzstan once again disarmed the military minions of the next inhuman regime. About Tajikistan in this context - and there is nothing to say. Anyone who went further than Dushanbe perfectly understands the immutable law of the mountains - a good word and a gun are always better than just a good word. And those who are still friends with memory still have the hum of a measured, many-day "conversation" of government troops with the Tajik opposition in Khorog. How long has it been?

And after all, everyone understands this. Saw, say, hear.

And for this reason, the nightmarish context of the Central Asian war sounds quite in tune with the sound arguments of experts. And after all the goals are pursued solely good, that is the insult.

Can a normal person argue about threats emanating from the phrase “withdrawal of US troops from Afghanistan in the 2014 year”? Even the most measured, the Taliban immediately begin to see themselves with the Islamists in the center of Astana. It doesn’t matter that Central Asia is the first, but the second is not up to it.

Risks here really do not count.

Yes, and other arguments, however, no worse.

Here is a snapshot: America would like to leave its equipment from Afghanistan for safekeeping. In the same Kyrgyzstan. But can Russia allow this to happen? Again, no. In the context of the trade war for the arms market - leave the fraternal republics to be devoured by the hydra of American imperialism? Death is like. Especially in the conditions of the Kyrgyz army: according to the recent sincere recognition of Kyrgyz President Almazbek Atambayev, only the 25 Brigade of the Scorpion Special Forces meets the republic’s current requirements, because NATO instructors participated in its preparation. The rest of the weapons - left from Soviet times. Vaughn, M-30 and D-1 howitzers — still hit by the fascists — were produced in 1938 and 1943, respectively.

Kyrgyz political scientists echo the country's president: Toktogul Kakchekeev believes that Russia is establishing military influence in Central Asia, which will protect the region from risks. Russia's aspiration to create a logistics center in Kyrgyzstan, about which Kakchekeyev speaks, will block the dominant role of Uzbekistan in Central Asia. Another political analyst, Marat Kazakbayev, believes that there are indeed threats from Afghanistan after the withdrawal of the coalition forces from there. In his opinion, such military-technical assistance is simply necessary for the republic. However, he also emphasizes that it should not be finances, but exclusively military uniforms and equipment, since the corruption schemes in Kyrgyzstan are still relevant and strong in the power of Kyrgyzstan.

Strong is not the word. They are unbridled and unshakable.

More recently, it seems that the former Minister of Defense of Kyrgyzstan, Ismail Isakov, was detained for negligence on 8 years in places not so distant. And already the democratic wave of 7 on April 2010 of the year returned Isakov to the ministerial, and then to the deputy chair. The scandal surrounding the sale of MI-24 helicopters and armored personnel carriers to African countries at the beginning of the 90s of the last century is also known. Perhaps, for this reason, many experts predict that a significant portion of weapons, primarily small arms, may quickly end up on the black market, which is already exorbitantly large? After the April and June 2010 events in Kyrgyzstan, more than one thousand guns walk around the republic. And through corruption schemes, Russian weapons may be in the hands of not only criminals, but also those terrorist groups, which are intended to repel the threat a priori.

But the decision seems to have already been made.

Therefore, now the problem of the low legal capacity of the power structures of the Kyrgyz Republic and the Republic of Tajikistan is shifted onto Russia’s shoulders. And the task of Moscow is to raise the effectiveness of the power structures of the allies, and not engage in repelling emerging threats only on their own. The solution of the problem could be the creation, for example, in the framework of the CSTO, of mechanisms for controlling the use of military technical assistance of Russia to the republics of Central Asia. At the same time it would be possible to solve in the same format the CSTO and one more of the problems that arise. According to Toktogul Kakchekeev, it would be nice to create special interstate military logistics centers and training centers for Kyrgyz military personnel on the territory of Kyrgyzstan itself by Russian instructors. A similar scheme is quite applicable for Tajikistan, where the Russian 201-I military base can become the base for training Tajik soldiers.