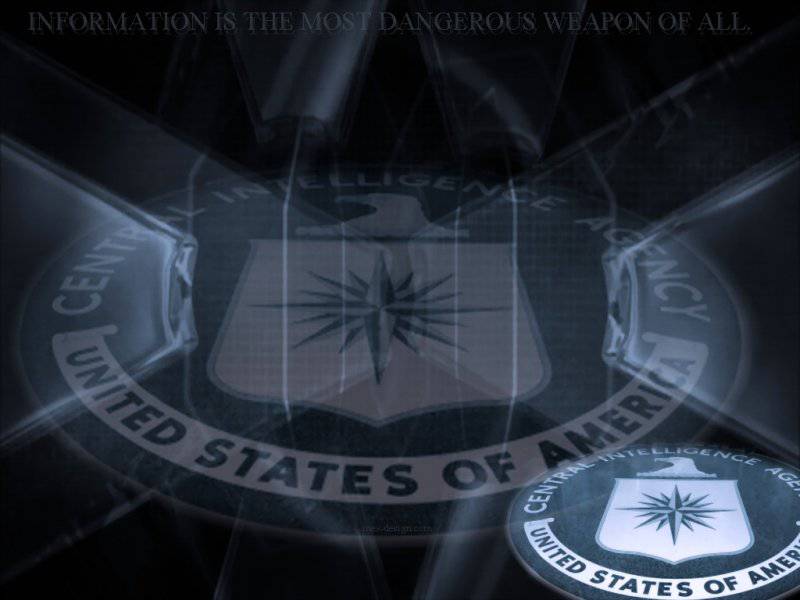 Psychiatry has long been almost the main effective tool in confronting the special services of many countries. The most secret developments involved leading states. But if official actions can somehow explain political actions or loud murders, then the facts that were held under the “top secret” signature simply terrify, and even more so they have no acceptable explanation ...

At the end of the 40 of the last century, the Department of Technical Services of the Central Intelligence Agency formed a department that was engaged in the development of bacteriological and chemical means designed to influence the human psyche. In 1951, the department was headed by Sydney Gottlieb, Ph.D. Despite his rather young age, Gottlieb was very persistent in achieving his goals. Every day he climbed up early in the morning, milked goats and drank milk, grew trees on his plot for sale. It seemed that such a person simply could not be a humanist. But the truth was more bitter.

Gottlieb conducted research on the military use of LSD. For those who do not know, LSD is an extremely strong and dangerous hallucinogen, which is extracted from ergot. It was first synthesized in the 1938 year, and since then it has been actively used in various kinds of experiments aimed at studying mental disorders. It is worth noting that the discovery of synthetic LSD was made entirely by chance by a scientist from Switzerland named Albert Hoffman in the year 1943.

Another drug that was used by the CIA department was mescaline, a drug that has similar hallucinogenic and psychotropic effects. This substance is found in cactus, which grows in the southwestern part of America and in Mexico.

In 1953, the “Research Program for the Secret Use of Biological and Chemical Substances” was launched, which in April of the same year was named “Project MK-Ultra” and was classified, and was not subject to inspections and audits even of the financial structures of the Central Intelligence Agency.

The main part of the MK-Ultra project, which, as already mentioned, began in 1953 and lasted until the end of 1960, was the development and testing of biological, chemical and radiological agents that could be used during clandestine operations for control of human consciousness. They used radiation, various psychological methods, electric shock, methods of anthropology, psychiatry, graphology, sociology, as well as paramilitary equipment and irritating means.

The main objective of the project was to achieve complete control over the human mind using drugs and electricity. The information that was studied in the course of conducting research concerned primarily memory disorders, discrediting a person by his own behavior, methods for eliciting information, changing sexual habits, suggestibility, and creating addiction in a person.

It was supposed to achieve the goals with the help of artificial amnesia, erasing old personal qualities and creating new ones, coding under hypnosis. Initially, all these developments, the leadership of the CIA justified the need to search for the so-called "truth serum" to use it in the interrogation of Soviet spies. Over the years of the project’s existence, more than 100 subsidiaries of the MK-Ultra project have been created.

In the course of the research various poisons were studied, in particular, snakes, mollusks, insects and fungi, bacteria and viruses that cause smallpox, anthrax, cholera, as well as chemical synthetic drugs.

The focus of the research was specifically on testing different variants of LSD, which was thousands of times more effective and stronger than mescaline and other narcotic substances.

Soldiers, prisoners, employees of various state organizations and structures were used as “guinea pigs”. However, they did not even guess that they were the objects of experiments.

The initial stage of the project development was marked by the study of the effect of radiation on the human brain. But over time, priorities have changed, and further research was aimed at studying the effects of LSD on the human brain. But such a development of the program required a growing number of experimental subjects, so they began to be selected among the military and the staff of the CIA. Later, subjects for research were patients of psychiatric clinics, representatives of marginalized groups of the population, in particular, prostitutes. At the same time, the project manager, Gottlieb, with great pleasure added some elements of torture to the experiments. So, for example, subjects were injected with huge doses of a drug, and this lasted for several months. As a result, most of them had persistent mental disorders, and very few managed to survive.

And the more the project developed, the more inhuman methods used by "scientists". And even despite the fact that no positive results were achieved, the experiments continued to be carried out ...

And in order not to attract too much public attention to the project, the CIA leadership found and selected a certain number of professors working in various institutions. Thus, separate research work was carried out at universities, clinics and correctional institutions. So, for example, it is known that some of the MK-Ultra experiments were conducted at Columbia, Rochester, Oklahoma universities, Boston Hospital, and at the University of Illinois at the medical faculty ... In total, over the years of the project, contracts with more than 80 organizations and institutions, including 12 hospitals, 22 colleges and universities, 3 correctional facilities. The objects of the experiments were more than 5 thousands of military and civilians. Moreover, the number of mentally ill and imprisoned victims of the project is still unknown. Paradoxically, none of the “scientists” of the Central Intelligence Agency who conducted the experiments incurred any punishment ...

And in conclusion, let us say a few words about some experiments that were conducted “under the wing” of the “MK-Ultra” project.

In the midst of the Cold War, the CIA decided to conduct research on the new synthetic drug LSD. The studies were conducted in August 1951 on residents of a French village called Pont-Saint-Esprit. Locals literally went crazy: they saw monsters, believed in their ability to fly, kept "burning torches". As a result of the experiment, about 2 hundreds of people were in a state of feverish delirium, more than 10 fell into a mental hospital, 7 people died. The exact cause of the incident could not be called. The only thing that was common in all cases was that all these people bought bread from a local baker, and ergotamine, a fungus that is the basis of LSD, was found in his bread. This event was described in his book “The Terrible Mistake” by Hank Albarelli. He also draws certain parallels between the madness of the villagers and the death of a famous biologist named Frank Olsen, who participated in the CIA's drug research. And besides, it proves that experiments in the village were carried out jointly by a chemical concern from Switzerland, where the inventor of synthetic LSD Hoffman worked at that time.

Also, in the middle of the 1950s, a joint operation called the “Big City” was conducted in the city of New York with a special operations unit of the United States Army. Special devices containing gas and special powder were installed in the cars. They were sprayed at a distance of 120 kilometers. The main objective of the experiment was to identify the behavior of people who were in the poisoning area, find out the degree of poisoning, the number of deaths, the level of persistence, as well as measure the gas concentration and whether it is affected by meteorological conditions (rain or fog).

In addition, an operation called “Midnight Highlight” was conducted in San Francisco. To carry out this operation, the CIA recruited women of easy virtue, who initially put their clients to sleep, and then injected them with LSD. Then the agents studied the further behavior of the victim.

In a similar way, drug addicts tested hallucinations at a drug rehabilitation center in the city of Lexington. So, as a “thank you” for agreeing to take part in the experiment, the patients were given the drugs they preferred. Also there were conducted experiments on the development of new and improvement of old toxic substances. At the head of the project was an industrialist who headed a number of American firms, but his name has been kept secret in the CIA documents to date.

In addition, the development of chemical drugs that affect the psyche, was engaged in Dr. James Hamilton, who used prisoners for these purposes. All work was carried out in the California Medical Center. Carl Pfeiffer conducted experiments on prisoners who was engaged in the development, manufacture and testing of the effect of drugs on the human brain. Dr. Matland Baldwin, a neurosurgeon of the National Institutes of Health, was involved in terminal experiments aimed at identifying psychological and physical endurance.

However, among others, the most tragic consequences were experiments conducted by Dr. I. Cameron. He is the author of the theory of "mental leadership", the essence of which lies in the introduction or removal of certain information from human consciousness. In his experiments, the scientist no longer limited himself to using LSD. He also used paralytic gases, electroconvulsive therapy, prolonged drug coma, multiple repetitive signals, sleep deprivation. Those who managed to survive after the experiments remained forever incurable mental patients ...

But most of the evidence of the crimes of the special services, in particular, the information on the MK-Ultra project, was destroyed. But still, what was left was enough to appreciate the scale of lawlessness.

In 1975, Frank Church, the senator who led the congressional commission, addressed the Congress. He openly accused the security services of conducting illegal research and a large number of deaths. One of the first official victims was the biologist already mentioned by our name, Frank Olson, who, according to the official version, committed suicide by throwing himself out of a window. The commission demanded exhumation, as a result of which it was established that before the fall the scientist was hit on the head and he was unconscious. Another victim of the experiments was the famous tennis player Harold Bauer, who died from an overdose of mescaline ...

Later, new episodes of criminal activities of the special services were revealed. In 1977, on behalf of the state, President Ford apologized to the victims of the experiments. Legal proceedings continue to this day. But where is the guarantee that even now some secret organization does not conduct experiments on people?

And another equally important and relevant question: is science really worth it for so many people to die for it? And do those who put themselves above the rest, who, despite all the evidence of the futility of experiments, have the right to life, continued to simply scoff and torture innocent people? .. The question is rhetorical ...