Lies and cynicism of the Kyiv regime: the incident with the Kh-22 missile in Dnepropetrovsk 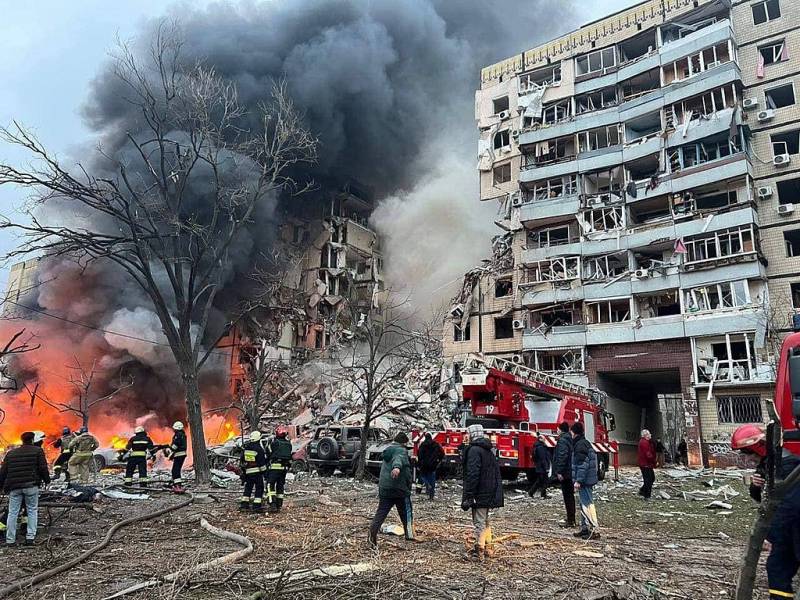 Consequences of hitting a downed missile. Photo by Wikimedia Commons

On the afternoon of January 14, the Russian armed forces delivered another massive strike with high-precision weapons on objects of the military and related energy infrastructure of the Kyiv regime. The fire impact of enemy anti-aircraft weapons led to the fact that one of the missiles did not reach its intended target and hit a residential building. This incident again showed the dubious methods of combat work of the Ukrainian formations and the extremely low level of their training. In addition, as a result of it, Ukrainian propaganda again came into conflict with itself.

The development of events

The incident occurred on January 14 in the afternoon local time. The Russian rocket flew to the intended target - one of the energy facilities in the city of Dnepropetrovsk. Right above the city, it was knocked out by an unidentified anti-aircraft complex of Ukrainian formations.

Due to the fire impact, the rocket was damaged and left the calculated trajectory. Ammunition or its fragments crashed into a multi-storey residential building. Undermining the warhead led to significant destruction and loss of life.

Literally a few minutes after this incident, Ukrainian official structures announced a “war crime” against the Russian army. As quickly as possible, Ukrainian and loyal foreign media joined such accusations. At the same time, almost no attention was paid to the causes of the incident.

On the evening of the same day, the notorious Ukrainian propagandist A. Arestovich spoke about the course of events and the causes of the incident. He stated that a Russian missile was intercepted over the city by local air defense. Having received damage, the ammunition fell on a random house and exploded. 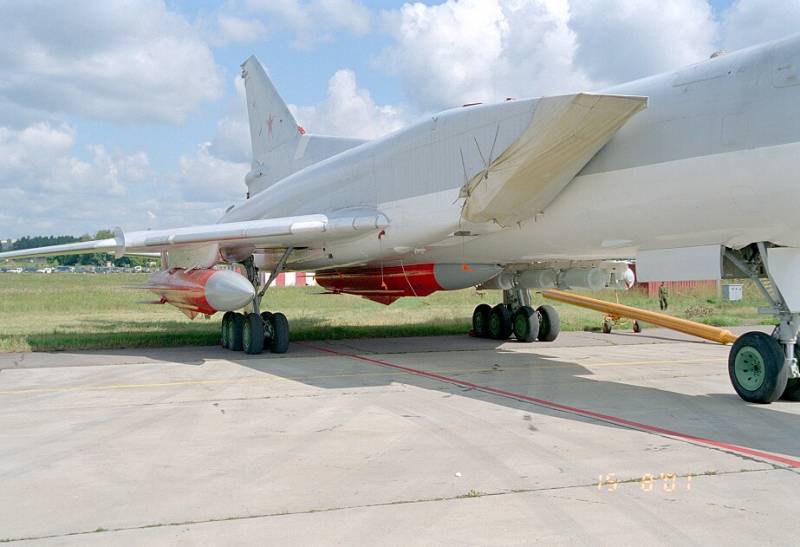 The next day, the command of the Ukrainian Air Force, responsible for air defense, hastened to refute this version. It reported that an X-22 missile hit the house, and special attention was paid to its type. The command claims that the Ukrainian formations do not have anti-aircraft weapons capable of coping with such an air target.

The official statement indicates that only modern foreign air defense systems, such as the Patriot PAC-22 or SAMP / T, can handle the Kh-3. Naturally, in this context, as always, they did not forget to recall the need to supply foreign equipment.

It should be recalled that in recent months the Ukrainian command has regularly reported successful intercepts of Russian missiles. Sometimes such "statistics" contradicts common sense and arithmetic. Among the targets hit, Kh-22 cruise missiles of the Russian long-range aviation. These “facts” were quickly remembered in the blogosphere, and the Kyiv regime had to react.

The spokesman for the "air force" said that previous reports of the interception of X-22 products were erroneous - even if they were published by official Ukrainian structures. He blamed the appearance of such messages on military personnel who are in a hurry to show off their successes as quickly as possible, "without checking and without coordinating" the information. The Air Force Command is said to be trying to combat these phenomena. 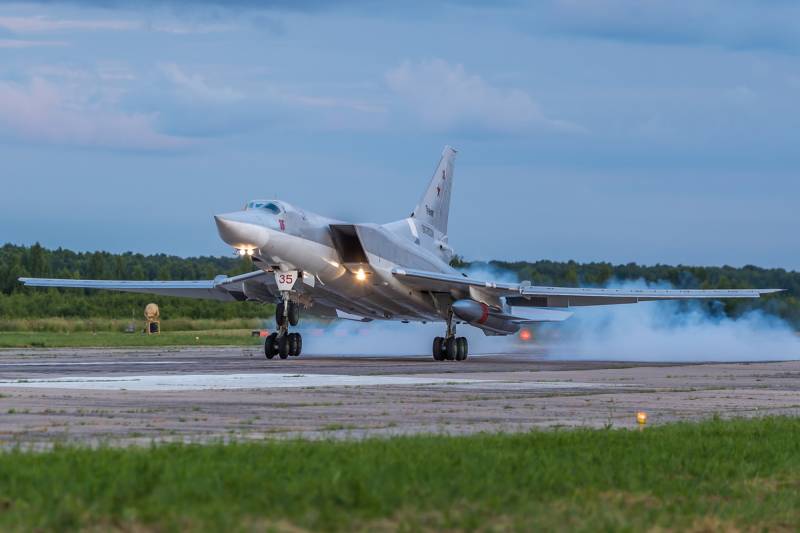 The Tu-22M3 bomber takes off with the X-22 product. Photo by the Ministry of Defense of the Russian Federation
Thus, Kyiv's official position now is that its formations cannot shoot down Kh-22 missiles. Therefore, he needs foreign air defense systems capable of coping with such goals. For disagreement with such a position and the announcement of contradictory information, the Office of the President said goodbye to A. Arestovich - although he repented and agreed with the official position.

A few days later, the incident in Dnepropetrovsk was discussed in the UN Security Council. In response to all the accusations of foreign states, the representative of Russia, Vasily Nebenzya, recalled the true circumstances of the incident. In addition, he pointed out that the placement of air defense systems among residential areas was a prerequisite for the destruction of the house - a direct violation of international humanitarian law.

The Kh-22 product is an air-launched cruise missile and is currently used only by Tu-22M3 long-range bombers. It is a 11,6 m long projectile aircraft with a fuselage less than 1 m long, equipped with a delta wing and a four-plane tail. Starting weight - approx. 5,8 tons

The rocket is equipped with a dual-mode liquid engine using TG-02 fuel and an oxidizer based on nitric acid. With its help, flight is carried out at speeds up to Mach 3,5 and altitudes of at least 20-22 km. Tanks with a total volume of more than 4 cubic meters. m provide a flight range of up to 600 km, depending on the selected profile.

The main modifications of the X-22 missile, created in the seventies, were completed with active or passive radar homing heads of various types. With their help, guidance was provided on a radio-contrast or emitting target, mobile or stationary. First of all, large enemy warships were considered as targets for the Kh-22. 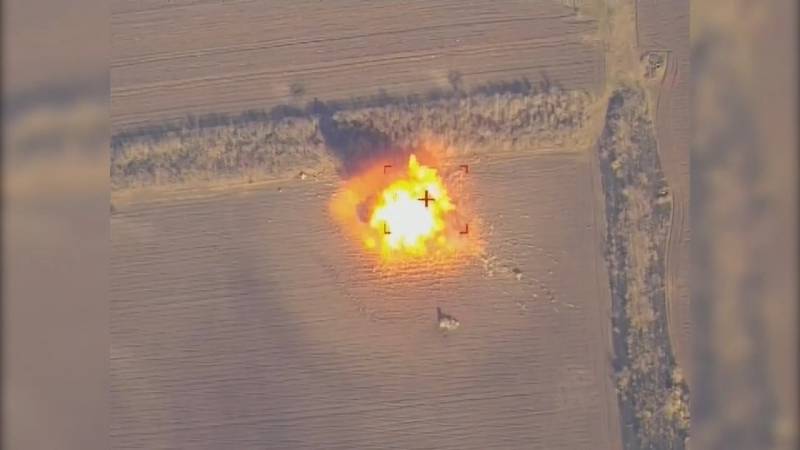 The defeat of the Ukrainian air defense system. Photo by the Ministry of Defense of the Russian Federation
Several combat units were developed. The main one was a 690-kg high-explosive-cumulative, capable of hitting ships. There is also a high-explosive fragmentation of a smaller mass. The possibility of equipping the X-22 product with a special warhead with a power of up to 1 Mt was envisaged.

The X-22 product has long been considered obsolete. It is quite difficult to operate, and the old types of GOS are actually not protected from modern jamming tools. In addition, the X-22 at one time influenced the development of air defense systems, both domestic and foreign. As a result, almost any modern radar station is capable of detecting and tracking a large missile, and an air defense system of a number of classes can hit such a target in almost any part of the trajectory.

In 2016, the Kh-32 cruise missile, a deeply modernized version of the Kh-22, was put into service. The main differences are in the use of modern radio-electronic systems, which are characterized by increased performance and resistance to interference. Whether the Kh-32s were used as part of the Special Operation is unknown. Information about this has so far appeared only in foreign media and has not received confirmation.

As a result of Russian forced demilitarization and foreign military assistance, the Kyiv regime now has not the most numerous, but very diverse air defense. A variety of samples are in service - from foreign SRIS-T or NASAMS MANPADS to outdated versions of the Soviet S-300V / P or Buk systems. In addition, in connection with regular missile and unmanned strikes, local "craftsmen" are trying to invent other air defense systems.

It is easy to see that Ukraine has several systems at once that can deal with obsolete Kh-22 missiles. Therefore, the version about the defeat of a residential building due to an unsuccessful interception of an air target looks realistic. It can be assumed that our Ministry of Defense has the relevant data of objective control, but has not yet disclosed them. 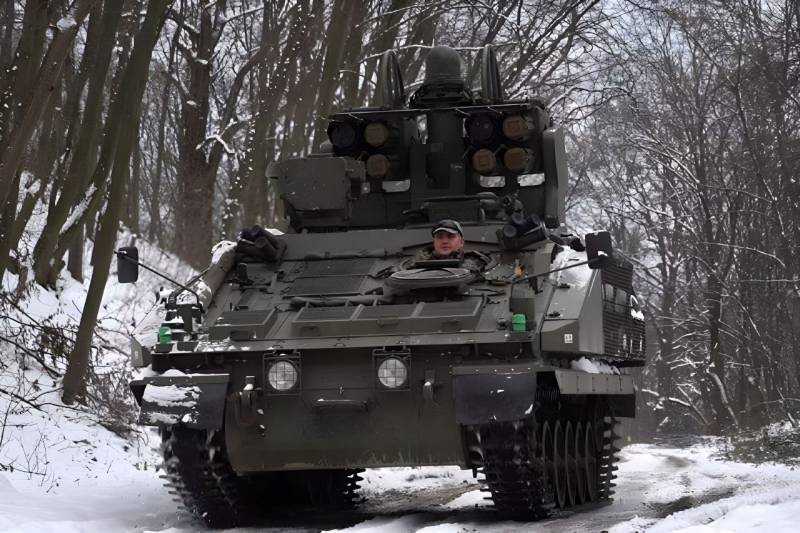 The British-made Stormer HVM self-propelled air defense system is one example of foreign assistance in the field of air defense. Photo Telegram / Bmpd
The position of the Kyiv regime in the current situation looks doubtful. In recent months, the Ukrainian military has repeatedly reported the successful interception of Kh-22 products. Now it suddenly “turned out” that these episodes never happened. It is noteworthy that such details became known only now, when the result of another unsuccessful interception was significant destruction and loss of life. For the sake of being able to accuse Russia of another “war crime”, Kyiv abandoned several previous “victories”.

In general, the situation looks clear and predictable. Ukrainian formations once again deployed military equipment, in this case, radar and air defense systems, in the city. In fact, they hid behind the local population and civilian infrastructure. From a similar position, they tried to shoot down a flying missile. The air target was hit, but it happened over the city - with well-known consequences.

It should be noted that this is not the first time that Ukrainian air defense has damaged urban areas and infrastructure. Anti-aircraft missiles hit houses and property damage is regularly reported. In addition, surrounding objects fall under the stream of fragments. Casualties and destruction can be avoided, but for this, the air defense systems will have to be deployed outside the city, where they are an easy target for Russian strikes.

All this demonstrates the low level of planning and preparation of air defense. In addition, as noted by the Russian representative to the UN, the deployment of anti-aircraft systems in cities is a violation of international humanitarian law.

However, the cynicism of the Kyiv regime does not end there. Destruction and casualties are now being used as another grievance and as an opportunity to solicit foreign SAMs. At the same time, outright lies sound, incl. in the form of a rejection of their own statements and attempts to rewrite the past. In addition, due to discrepancies in the versions, they even kicked out the odious figure.

Thus, the Kyiv regime and its armed formations once again confirmed a well-known fact: they pose a danger not only to the Donbass, but also to the Ukrainian population. Air defense units and other military branches cynically hide behind civilians and urban development - and often they themselves inflict damage on them. The recent incident in Dnepropetrovsk differs from the previous ones only in that the residential building was hit not by an anti-aircraft missile, but by a downed Russian Kh-22.

At the same time, the Kyiv regime and its foreign patrons habitually use these events for propaganda purposes and to justify new arms deliveries. It can be expected that foreign countries will satisfy some of Kyiv's requests. And new models of weapons for air defense will again become a threat to the Ukrainian population.