Recent successes of the Poseidon project

General view of the product "Poseidon"

The Russian industry continues to develop the promising uninhabited underwater vehicle "Poseidon" and creates the entire complex of weapons as a whole. To date, this project has passed through the first few stages, and various tests are now reported, incl. using standard media. Each such event brings the completion of the development and adoption of the Poseidon into service.

On July 8, 2022, a solemn ceremony was held at the Sevmash plant in Severodvinsk to accept a new submarine, the special-purpose ship BS-329 Belgorod, into the Navy. According to official data, this nuclear submarine is intended for deep-sea research, rescue operations, etc. At the same time, it is believed that Belgorod should also become the first Poseidon carrier.

In early October, sources in NATO reported that on the eve of the nuclear submarine "Belgorod" left its base and left in an unknown direction. It was assumed that the ship went to one of the sea ranges to test the Poseidon apparatus. About a month later, the submarine returned home.

The goals and results of the campaign remained unknown. However, foreign intelligence agencies claimed that no firing was carried out during the exit to the sea. Without any evidence, the failure of such tests due to technical problems was reported. In this regard, a new exit to the sea for the next tests was expected.

Now it became known that the tests of "Poseidon" were indeed carried out. On January 10, the TASS agency reported on events of this kind. From a source close to the Ministry of Defense, it learned that the Belgorod submarine had recently conducted a series of throw tests of a new weapons. In such tests, instead of a full-fledged Poseidon, its weight and size layout was used. 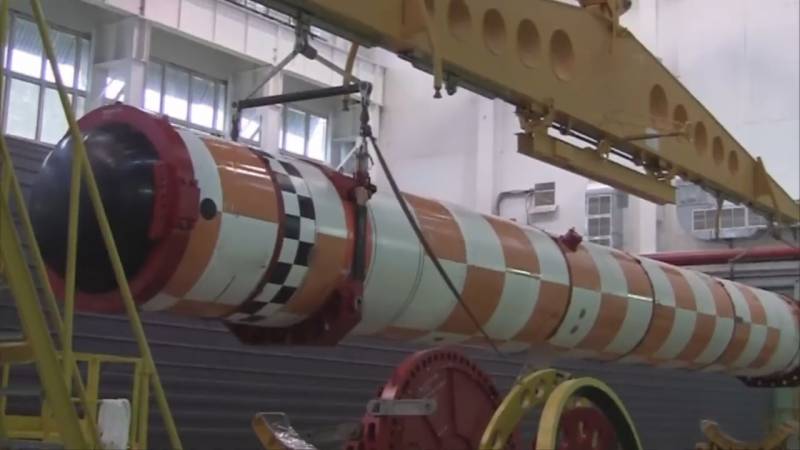 Model for testing, 2018-19
Similar tests were carried out in order to test and develop the launch systems of the underwater vehicle. In addition, the behavior of the carrier submarine was checked after the launch of the Poseidon from different depths. The results of such tests, for obvious reasons, are not specified.

On January 16, TASS also reported on the new successes of the Poseidon project. This time, an unnamed source spoke about the completion of separate tests of all key components and components of the underwater vehicle, incl. nuclear power plant.

In addition, according to him, the industry has produced the first Poseidons ammunition for equipping the Belgorod nuclear submarine. In the near future, these products can be placed on a regular carrier. At the same time, the number of devices in the ship's ammunition load remains unknown.

Thus, one of the most interesting and daring domestic projects of recent times is successfully moving forward. The design of all the main systems and units of the underwater vehicle has been completed, which made it possible to conduct their separate tests, probably under test bench conditions. Field tests have also begun - so far only throw tests.

The most important event was the completion of construction and testing of the new Belgorod special-purpose nuclear submarine. Poseidon carrier accepted fleet and began a full-fledged service, which gives new opportunities to the entire program as a whole. As reported, such opportunities are already being used as part of the testing of advanced technology.

Recent ones news allow you to imagine what work will be carried out in the near future. Soon, full-fledged sea trials of underwater vehicles in full standard configuration, but with inert combat equipment instead of a nuclear warhead, should start. The submarine "Belgorod" will have to demonstrate the processes of preparation and launch, and the "Poseidons" themselves will confirm the calculated characteristics and combat capabilities. 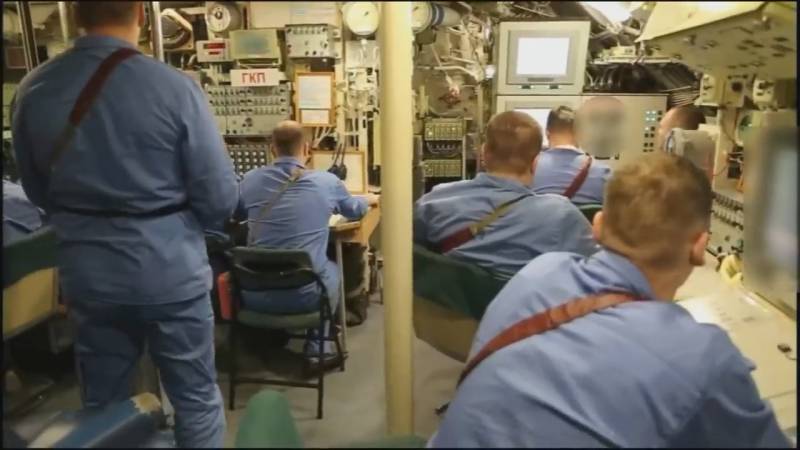 Submariners on trials, 2018-19
The successful completion of already several stages of the project gives reason for optimism and positive forecasts for the future. It should be expected that the underwater complex in the form of the Belgorod carrier submarine and the Poseidon apparatus will cope with sea and other tests and will be able to enter service in the foreseeable future.

The nuclear submarine BS-329 "Belgorod" was laid down in 1992 and was originally built according to the serial project 949A "Antey". In the future, however, construction was stopped for a while and resumed. In 2012, the ship was relaid for further completion according to the new project 09852. In this regard, it was transferred to the category of special-purpose submarines.

As is now known, Belgorod was rebuilt into a Poseidon-type submersible carrier. What changes the original design has undergone is unknown. It is obvious that the submarine was able to carry a large-sized apparatus, but detailed information is not available. In particular, it is not known exactly how the Poseidon is placed on board the submarine. According to popular versions, it is transported "on an external sling". The possibility of placing such a product in a special compartment below deck was also demonstrated.

Having received new equipment and weapons, the Belgorod nuclear submarine retained a number of systems and relevant parameters. In particular, driving characteristics and qualities should have remained at the same level. Due to this, the submarine is able to reach any area of ​​the World Ocean and launch the Poseidon.

The Poseidon product itself is a super-heavy torpedo or a compact submarine approx. 20-25 m with a body diameter of up to 2 m. Earlier it was reported that the device will be able to reach a speed of approx. 100 knots, but later the estimates of this parameter were reduced. Due to the nuclear power plant, a global range is achieved. 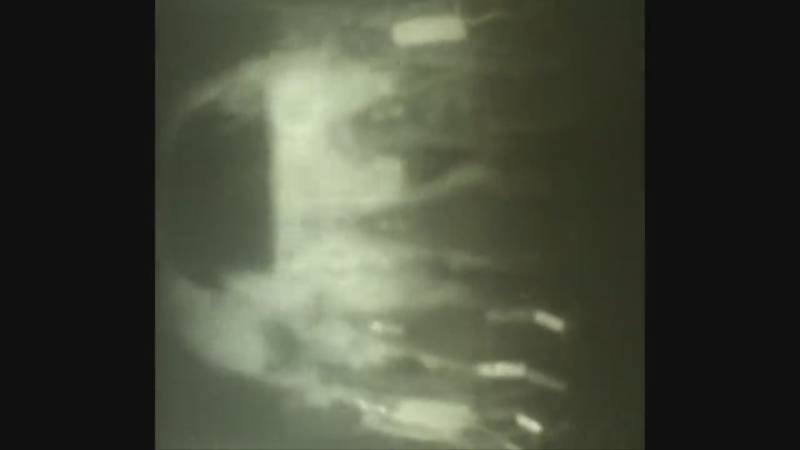 One of the tests, 2018-19
A new control system must be developed for the apparatus, capable of independently fulfilling the assigned tasks for a long time. The main thing is delivery to a given point of the warhead. Poseidon was mentioned in the past to carry a 100 Mt thermonuclear warhead, but the expected yield has since been reduced to 1-2 Mt.

According to available data and estimates, Poseidon is being created as a means of guaranteed retaliatory strike in the event of a nuclear war. Such devices, in response to the first strike, will have to deliver powerful warheads to naval bases and other enemy targets and hit them.

It is assumed that due to the combination of tactical and technical characteristics, the Poseidon product will be almost impossible to detect and intercept in a timely manner. However, he can deal extremely high damage. The possible consequences of detonating even a "low-yield" 1-2 Mt warhead should warn a potential adversary against rash actions.

It should be noted that the introduction of the Poseidon submersible does not preclude the preservation of "traditional" strategic missile submarines. Ships with SLBMs will continue to be on duty. However, the Navy and Strategic Nuclear Forces will have a new tool for solving the problems of strategic deterrence.

Thus, to date, the Poseidon project has gone through several crucial stages. According to known data, the tasks set have been successfully completed, and the project is moving to the next stage. Now full-fledged tests will be carried out using a standard carrier.

How long the next work will continue is not yet known. However, their results are generally predictable. At the previous stages, the necessary scientific and technical foundation was laid and the most complex technical problems were solved. Now we are talking about the use of existing technologies and developments. Accordingly, "Poseidon" has every chance to pass the necessary tests and then enter service.