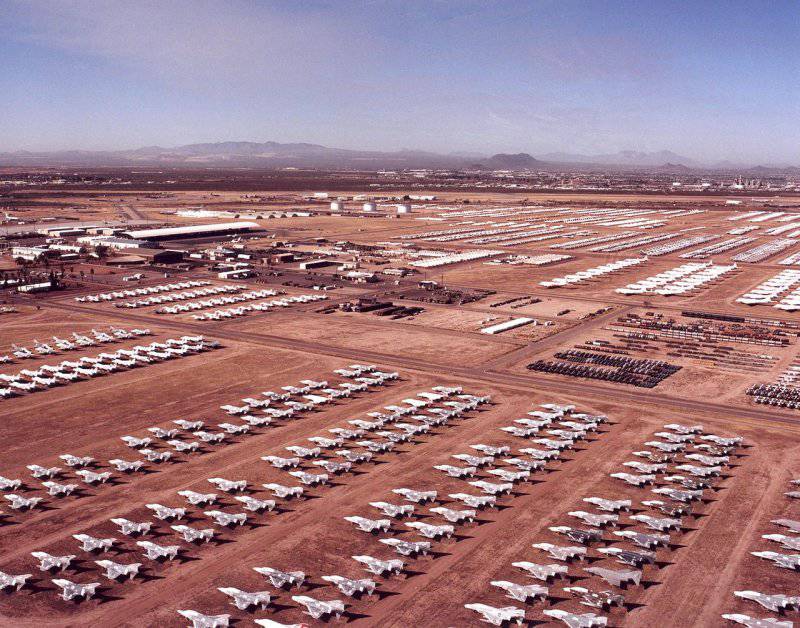 In the middle of the desert are planes. Slender rows of winged cars, painted with white protective paint. There is not a single living person around for many kilometers, only occasionally a lonely wind carries clouds of sand between the fuselages of aircraft. Exclusion Zone. Dead Wasteland.

Placed in the correct geometric order, thousands of planes remain silent. It seems that they are molded of clay, like terracotta warriors from the tomb of Emperor Qin-Shi Huang. Among the white silhouettes, the Phantoms' wings, curved upwards, are guessed, and the stocky figures of the Skyhawk A-4 ground-attack planes froze behind them. On the other side, the endless rows of F-111 tactical bombers begin - they are carefully wrapped in vinyl tape, because still represent considerable value. New rows of winged cars - there are awaiting the huge B-52. The combat formations of strategic bombers sometimes alternate with C-141 Starlifter military transport aircraft, here and there the blades of Hercules and Orion flicker. The alley of F-16 fighters gives way to the mooring of the Iroquois helicopters, the B-1B Lancer supersonic bomber carriers lined up behind them. Sometimes among the silhouettes of cars you can see the “exotic” - the decayed mummy B-47 “Stratodzhet” or the piston “Trader” of the middle 50-s ... In the southern sector there is a mess - here and there the semi-ganged skeletons of planes stick out. What happened here? Man Ali wild beast shred to shred the once formidable fighting vehicles?

The territory of the aviation reserve is carefully guarded - because in this strange place the second largest air force in the world is concentrated. Aircraft parking is surrounded by a security fence with security lighting. Masts with cameras and thermal imagers are installed along the perimeter; intelligent video detectors monitor day and night the situation on the approach to the air base in automatic mode; The neighborhood is littered with sensitive seismic and magnetometric sensors - all this leaves no chance for violators - residents of the nearby town of Tucson do not even try to penetrate the "abandoned" airfield and twist the fuel pump or titanium turbine blades of a jet engine for free.

The Davis-Montan air base, at first glance, is a contingent hole located not far from the Mexican border. The 355 fighter wing is stationed here, but despite the name, the fighters don't even smell here - only Thunderbolt A-10 attack aircraft are in service. Davis-Montand is the largest center for training ground attack aviation pilots. In addition to Thunderbolts, the 355 th wing includes a search and rescue unit (HC-130 aircraft and HH-60 "Pave Hawk" helicopters), a combat management group (special EC-130), a medical service and its own West Coast aerobatic team A-10.

However, the Davis-Montan airbase was widely known not because of the tricks of dashing guys on clumsy Thunderbolt aircraft. 11 square kilometers of the airbase is occupied by another interesting division - 309-I group for the repair and restoration of aerospace technology (AMARG). Over four thousand units of aviation technology, including 13 spacecraft, are in charge of this unit. The total cost of aviation trash is estimated at 35 billion dollars. 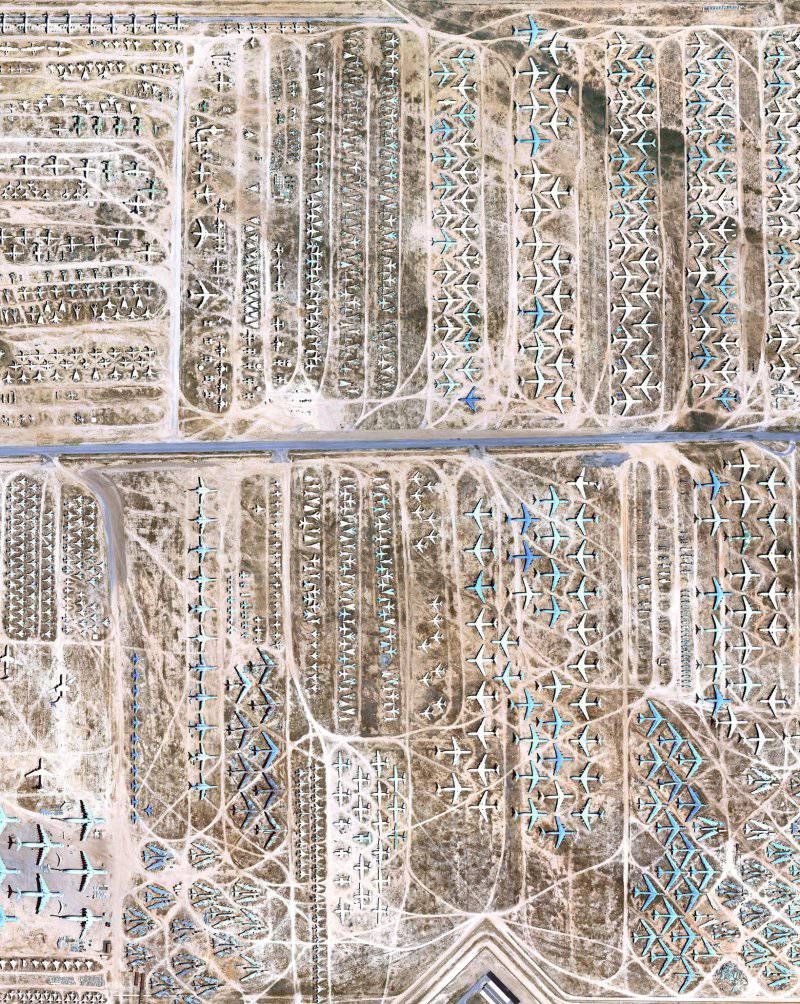 The storage location was not chosen randomly: the stable arid climate of the Arizona desert allows us to keep aircraft under the open sky for decades. Upon admission to conservation, the aircraft undergoes a series of procedures related to ensuring its safe and long-term storage. First of all, all armaments are removed from it, charges of ejection seats, batteries, all valuable onboard equipment and electronics are dismantled. Then the fuel system is blown through - instead of fuel, synthetic oil is injected, which, after a new purge, forms a protective film inside all the pipelines. After these procedures, the plane is wrapped in plastic film and coated with white paint - in order to avoid strong heat from the sun. The tractor tows the car to a pre-selected place, where the plane will wait for the decision of its fate: perhaps it will be sold to foreign air forces or sent to "cannibalization" as a source of spare parts for younger aircraft. Another option is not excluded - everyone will forget about the plane, and it will quietly rot in the same place in some ... dts years.

Despite the insane amount of aviation junk, there is always a hard rotation here - AMARG specialists select the most “promising" samples for implementation. Every year, about 400 machines leave the base for various reasons, about the same amount goes to storage.
Many machines are in good technical condition - many potentially suitable for further use. After upgrading and installing modern equipment, airplanes are sold on the world market at dumping prices. For example, October 19 2012 was contracted to supply the X-NUMX F-36 fighter mod. IQ for the Iraqi Air Force. According to some data, the contract amount was 16 billion dollars - a good income for the “aircraft cemetery”? By the way, the contract includes the delivery of a second set of engines and a number of important components - for sure, all this was also found in the parking areas of the Davis-Montan airbase. 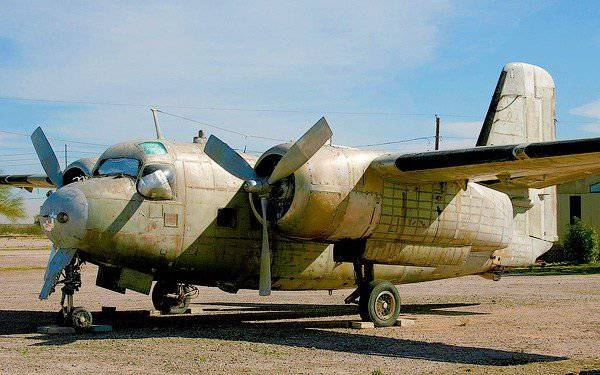 Mummy is back. C-1 Trader after 30 years of storage.
Sometimes even more interesting cases happen: in 2010, the representatives of the Brazilian Navy visited the aviation cemetery - they were looking for a suitable transport aircraft, tanker aircraft and an airborne early warning aircraft for the São Paulo aircraft carrier. Among the piles of aviation trash, Brazilians were attracted by the ancient C-1 “Trader” piston aircraft used on US Navy aircraft carriers in the 60-70s. As a result, a contract was signed for the purchase of eight machines of this type at the price of scrap metal. Four aircraft worth $ 167 million were upgraded to perform transport and refueling functions. Despite the ridicule, Brazilian sailors are not stupid guys: the new aircraft, called KC-2 Turbo Trader, has only a common frame with the old machine - otherwise it is a completely new aircraft with turboprop engines, modern communication and navigation systems. As for DRLO airplanes with Thales French radars, three operators' consoles and electronic reconnaissance equipment, the archaic type of a piston aircraft does not bother sea pilots - DRLO aircraft does not participate in races, it must save fuel in order to “hang” over an aircraft carrier as long as possible.

From an economic point of view, the 309-Aerospace Technology Repair and Restoration Group is a highly efficient enterprise with 1000% revenue per year! According to reports from the military, every dollar invested in the storage of the Davis-Montana airbase brings profit to the 11 treasury. There is nothing surprising here: when there is a ready resource - thousands of liquid planes and helicopters (and new ones are brought every day!), A great talent of an entrepreneur is not required to disassemble expensive equipment and sell it for parts. The costs go only to protect the base and the remuneration of aviation technicians. By the way, most of the 500 people AMARG are civilian specialists.

Of course, the army must be strong with military victories, and not with effective trade in decommissioned aircraft. But at the same time ... it seems to me that officials from the Ministry of Defense of the Russian Federation should have learned a careful attitude towards technology. In the meantime, Hollywood is showing an interest in the fantastic landscapes of Davis-Montand - the shooting of steep blockbusters is constantly taking place at the base. 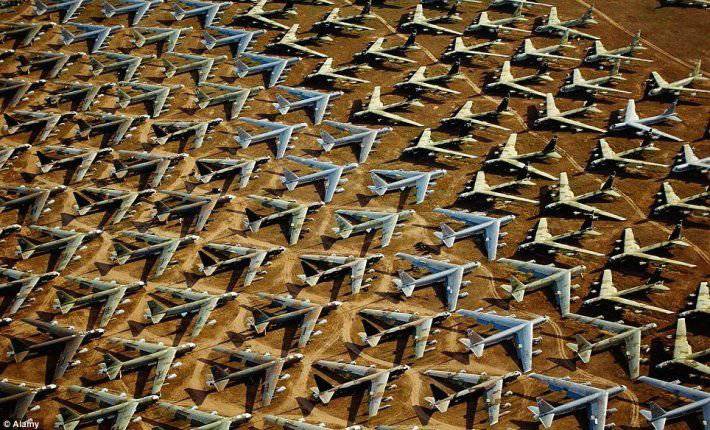 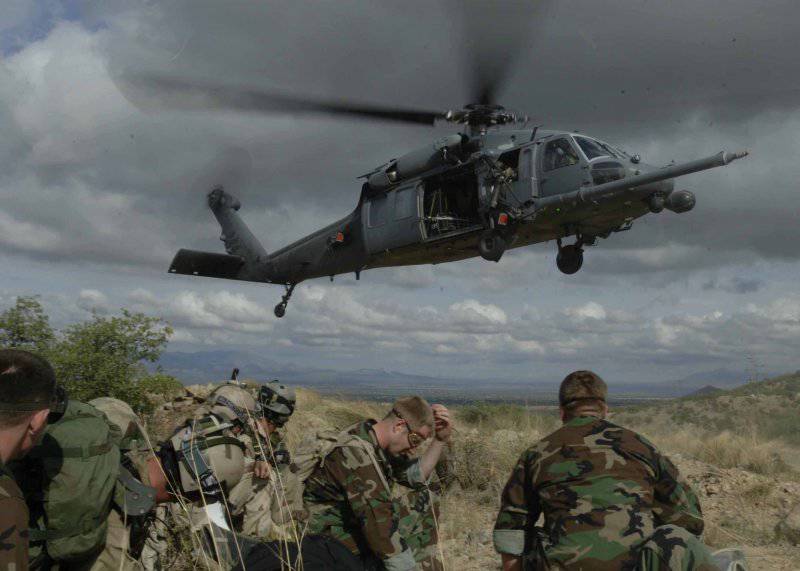 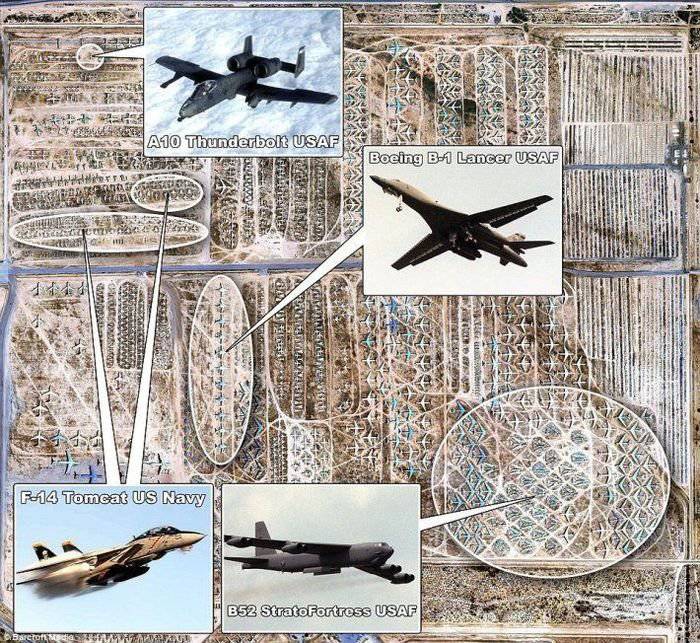 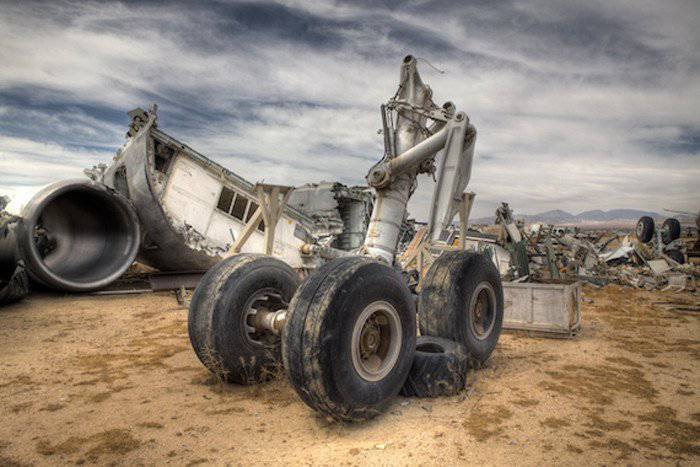