November 10, 2012
79
In the twentieth of October, the exhibition “Interpolitech-2012” was held in Moscow. Almost four hundred companies from 23 countries of the world presented their products at this showroom. Also, for the first time in stories "Interpolitech", was opened a national pavilion. In it, samples of their products were presented by French companies. For four days, the Interpolitech-2012 Salon visited 17,5 thousand people; One third of this number was made up of leaders and officials of commercial organizations, military and security agencies of different countries. The total number of weapons, equipment and equipment models presented at the exhibition exceeds several thousand. Consider one of the new products presented at Interpolitech. 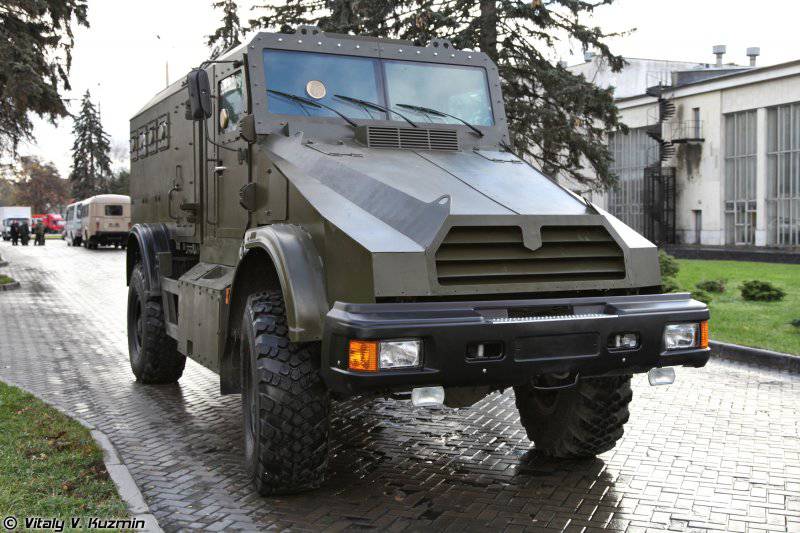 In the pavilion with motor vehicles, the “Gorets-K” armored car, created by the NPO “Special vehicles and communications” together with the “Technika” enterprise, was presented. In addition to its novelty, this armored car is interesting by a number of applied technical solutions, first of all, by increased mine protection. As a matter of fact, on the exhibition plate with explanatory information “Gorets-K” was designated as “explosion-proof armored special vehicle”. If you try to translate this definition into English, you will most likely get the abbreviation MRAP - Mine Resistant Ambush Protected (“Resistant to mines and protected from ambushes”). In recent years, the development of armored vehicles, able to protect their crew, passengers and cargo from improvised explosive devices, ambush shelling and other "elements" of a modern local war, has become the main direction in the development of light armored vehicles around the world. "Highlander-K" is a domestic version of this technique.

The four-wheel all-wheel drive chassis of the KAMAZ-43501 was taken as the basis for the “Gortsa-K”. The main element of the chassis is a KAMAZ-740.31-240 diesel engine with an 240 horsepower and a liter 10,85 displacement. The undercarriage is equipped with 14.75 / 80 R20 size wheels and an auto-pitch system. The suspension has leaf springs. With a curb weight in 11,6 tons "Gorets-K" can accelerate on the highway to 90 kilometers per hour, while the payload does not exceed one ton. This discrepancy in weight parameters is caused by the need to ensure an adequate level of protection: a considerable part of the chassis payload is “eaten up” by relatively heavy booking elements. 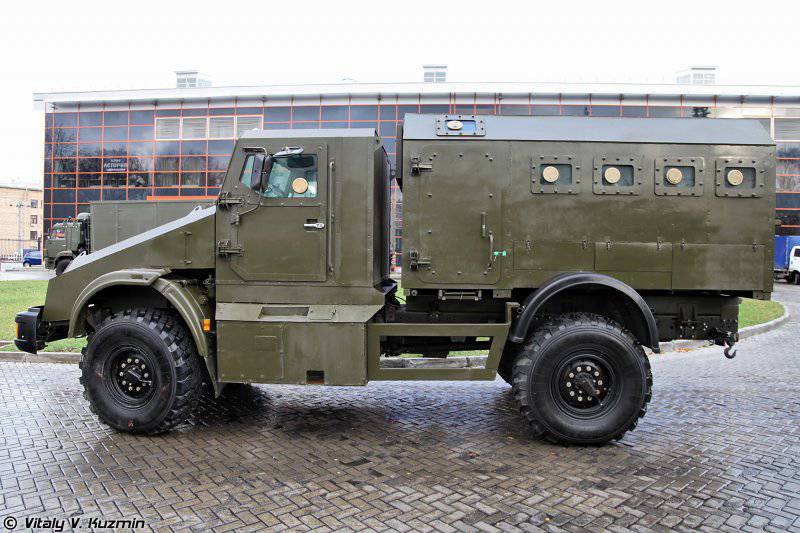 When creating the Gorets-K armored car, it was the level of protection that was given particular importance. Moreover, this factor had a great influence on a number of design features of the car. For example, the original KAMAZ-43501 truck is made according to a bonnetless scheme. "Highlander-K", in turn, to reduce the probability of hitting the crew, done differently. The crew cabin with the driver’s workplace is significantly shifted back from the standard cab position on the trucks of the Kama Automobile Plant. Actually the engine is covered with an armored hood. As a result of this arrangement, the explosion of a mine under the front wheel will damage the wheel itself, its suspension and possibly the engine. However, the blast wave and fragments will hook the cabin only tangentially.

The cab itself has anti-bullet protection that complies with 5 to the class of GOST R50963-69 standard and withstands hitting 7,62-mm non-armor-piercing bullets. Inside the cabin there are three seats for the driver and passengers. The main payload is transported in the rear body. It can be eight people with equipment or one ton of cargo. The body is an armored capsule "Highlander", for several years used by security forces. The passenger-and-freight unit is assembled with the same steel sheets as the cabin. As a result, it provides protection of the fifth level. Landing soldiers in the body and disembarking from it is carried out through three doors in the side and rear walls. To monitor the environment, the crew and troops have bulletproof glass of various sizes. Directly inside the windows are mounted lockable embrasures for firing from personal weapons. The level of protection of the bulletproof glasses was not called, but there is reason to believe that it meets the fifth or fourth class of the relevant standard. 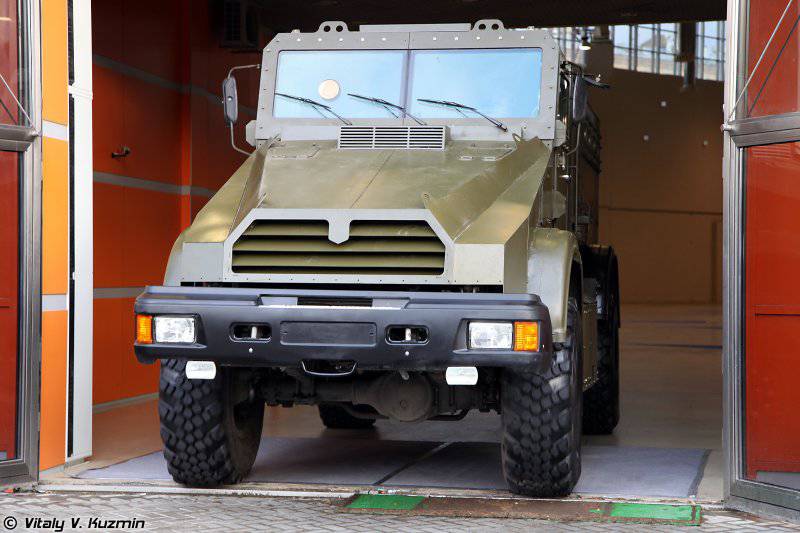 Due to the length of the car, an armored body for passengers had to be placed over the rear wheels. To ensure the safety of people when a rear wheel hits a mine, as follows from the available photographic materials, the lower part of the Highlander module has a special V-shaped profile. Thus, it is possible to draw conclusions about the preferred placement of seats for soldiers: along the side walls of the body. In order not to lose the side volumes, "cut" the shape of the bottom, they are boxes for various loads of the appropriate size. The lids of these boxes are clearly visible in the photos. Also, the width of the passenger body is designed in such a way that the wheels and their wings are not directly under the body, but a little apart. Due to this, damage to one of the rear wheels will not lead to fatal consequences for people in the bodywork. According to the developer’s official data, the entire mine protection complex allows the Highlander-K to ensure the survival of the crew and the assault force in an explosion of up to two kilograms of TNT under the wheels or under the bottom.

NPO “Special equipment and communication” and software “Technika” see certain prospects in their project. Moreover, on the basis of the same universal armored module, another project of an armored vehicle with mine protection has already been created. The Gorets-KHNUMX is based on a three-axle Ural truck and carries exactly the same eight-seat armored module for soldiers or cargo. It is too early to talk about any prospects for both armored vehicles: according to the available data, they are being tested and not yet offered to potential customers. At the same time, generally favorable reviews, which received the armored module "Highlander", can have a positive impact on the further fate of both armored vehicles, created on its base. 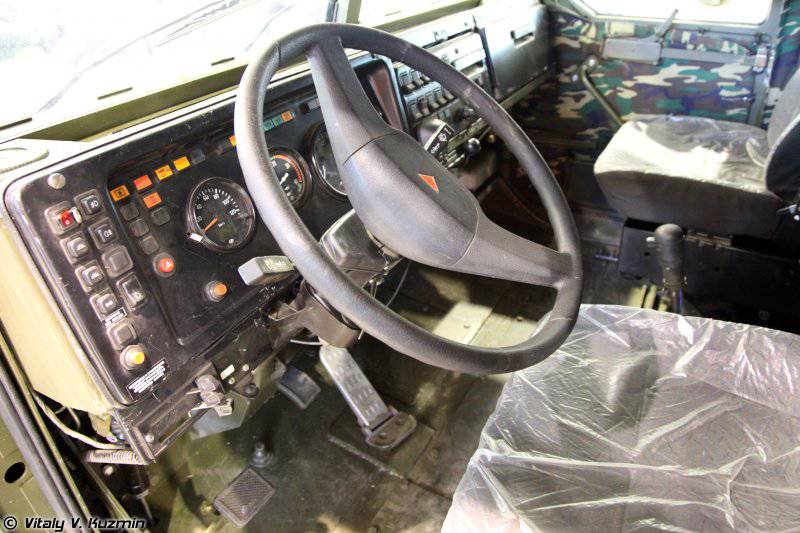 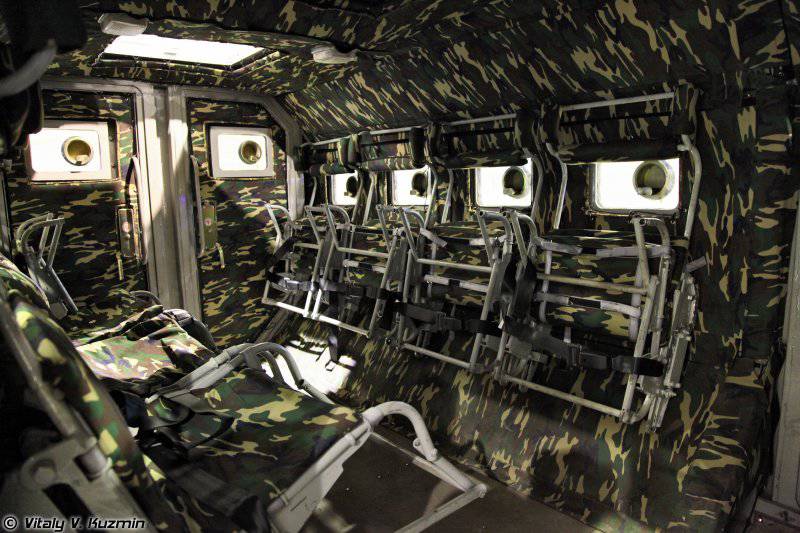