Is Turkey bluffing or hostage to the West?

November 10, 2012
50
The embarrassing uncertainty about the situation in Syria confronts not only Syria itself, in which the real humanitarian catastrophe has been observed for 19 months, but also the nearest Syrian neighbors. One of these neighbors is Turkey. 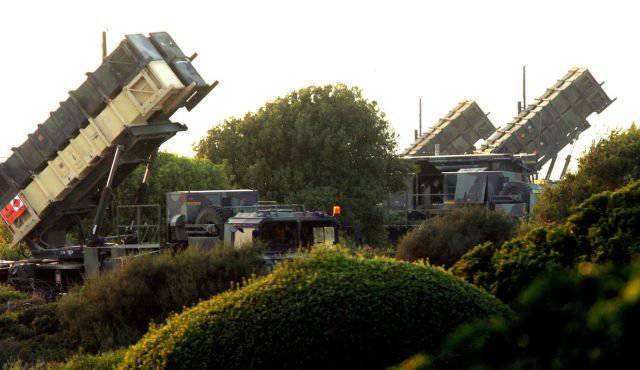 Initially, official Ankara was entirely based on the western position with respect to the Syrian state, headed by President Bashar Assad. The western position itself, as is well known, boils down to the need for Assad’s indispensable resignation, no matter what the price for Syria and the entire Middle East is to turn out. And at the first stage of the Syrian campaign, which today is exposed exclusively in the role of civil war, it seemed that everything would follow the same scenario as in Libya. By all indications, the Western coalition was supposed to deliver an “inevitable democratic” blow to Syria, and then the motley crowd, whose representatives persistently call themselves oppositionists, had to do with Asad about what the same crowd did to Colonel Gaddafi last year. However, the Western scenario regarding Syria has failed. The reason for the failure can be considered a tough position, which Russia and China have taken on this difficult issue. If Moscow and Beijing, in fact, have decided to close their eyes to the beginning of the war in Libya, then with Syria nobody thinks to close these eyes even for a minute. After all, the so-called “Friends of Syria” are just waiting for Russia to distract for a while from the Syrian problem and allow the creation of the next “bulwark of democracy” in the Middle East to begin.

So, at the initial stage of the anti-Assad campaign, Turkey decided to go along the uniquely western vector. The Turkish authorities tried to use every opportunity to stab Syria, trying to free the presidency with all the available forces. Foreign media reported on the fact that, through Turkey’s territory, Syria is imported weapon for the Syrian militants, representatives of Western special services penetrate Syria through Turkey. In addition, publications often appeared that specifically the Turkish side is a provocateur in terms of the so-called border conflict, during which allegedly the Syrian military fire on the territory of the neighboring state with artillery guns.

For obvious reasons, official Ankara tried to reject all accusations against itself, continuing to insist that the Syrian issue should be resolved as quickly as possible and not at all by diplomatic means. However, while Prime Minister Erdogan severely criticized the Syrian president, the Syrian problem, month by month, gradually turned into a Turkish problem. The fact is that literally every day the Syrian-Turkish border is crossed by hundreds and thousands of refugees settling in the south-eastern provinces of Turkey (Southeast Anatolian region). To date, there are about 100 thousands of Syrian refugees in Turkish territory, who can already be called settled. About 50, thousands of Syrians use the territory of the Turkish state as a transit area for migration towards the European Union.

Naturally, this number of refugees in the direction of Turkey and further - of Western Europe - will multiply multiply if Syria starts a full-scale war with the open participation of foreign states. Does Turkey need “happiness”? The answer is obvious ...

It was this fact that somewhat brought the Turkish leadership to a sense, which quite unexpectedly decided to go a little different way in terms of solving the Syrian problem.

In particular, a few days ago several Turkish publications came out with the information that Prime Minister Recep Tayyip Erdogan decided to use several unexpected contacts for the settlement of the Syrian conflict, namely contacts with Iran.

The Turkish newspaper Hurriyet, in particular, reports that during a visit to the next forum of the Economic Cooperation Organization in Baku, Erdogan held a personal meeting with Iranian President Mahmoud Ahmadinejad. Presumably, at this meeting we could talk about the assistance from Iran in terms of influence on Assad. This assumption by Turkish journalists is indirectly confirmed by the fact that after the meeting between Erdogan and Ahmadinejad, both sides of the Syrian conflict went on to declare a truce during the celebration of the holy for all Muslims holiday Eid al-Adha (Kurban-bairam). At the same time, many initially wondered who initiated this truce, and how they managed to bring the parties to it. It is likely that the Iranian diplomats persuaded Assad’s side, and the Turkish side was convinced by the “opposition”. Anyway, this fact alone proves the possibility of holding peace talks between the parties to the Syrian conflict. Another thing is that such negotiations are not at all profitable for the main ideologues of the Syrian conflict, who are far from being in Syria itself and not at all in Iran and not in Turkey ...

Understanding that the Turkish initiative, which was manifested at the meeting of Erdogan with Ahmadinejad, strikes at the integrity of the anti-Assad alliance, the Western Friends of Syria decided to quickly return Ankara to the “right direction”. Reuters reported that the Turkish side purchased and has already allegedly built Patriot systems along the border with Syria to deliver strikes. Such information had the effect of a bombshell both in Syria and in Turkey itself. The Turkish public had a number of questions to their authorities in connection with the publication of the Western news agency.

The political elite of Turkey had to lower the degree of tension. “The deaf will not hear, he thinks so,” Turkish Prime Minister Erdogan responded to the Reuters publication, stressing that Ankara does not think not only to buy Patriot systems, but even more so to expose them “fan” near the border with Syria. The same position of Turkey was confirmed by the Turkish President Abdullah Gul, whose opinion does not often coincide with the position of Erdogan. This time it coincided, and Gul noted that the issue of the war between Turkey and Syria is not worth it. At the same time, the Turkish president added that Damascus should not commit rash actions either.

Based on the stated positions of the highest political officials in Turkey, it turns out that either the Turkish leaders lead everyone by the nose, or the Western news agencies sow misinformation. In this case, it’s hard to say where the truth is, because there are no alternative confirmations or refutations of the deployment of Patriot complexes on the Turkish-Syrian border, and it’s also problematic to trust Turkish politicians solely on words, especially after the Moscow-Damascus forced landing incident and weak excuses about this turkish side.

If we take the side of Ankara, it turns out that the West deliberately pushes Ankara into a military conflict. And it would be an excellent option for the United States: they say, Syrian troops attacked the territory of Turkey (a NATO member), which means that it is time to "protect" a friendly state from "Assad's inclinations." And after all, not everyone in the West is so adequate that they understand: Assad would now have to figure it out inside his country, and therefore, excuse me, to go to Turkey is a complete suicide. And if not all of this among the “democratic brethren” is understood, then the reason for the invasion is more than appropriate.

Whether Erdogan himself understands this is a difficult question. In any case, if Ankara wants to go for a rapprochement of positions with respect to Syria, for example, with Russia or Iran, then we can expect that the West will not leave it that way. Whether Turkey wants to or not, it may well be used as the reason for the start of the operation against the Syrian state, because if the West decides that Assad "attacked" Turkey, then no decisions of the Security Council can help to stop the war. And if so, then the main word today is Turkey itself. If she is ready to meet hundreds of thousands of refugees from Syria and sow new chaos in the Middle East, then everything is clear with Erdogan. If Erdogan has the political will, then it’s time to look for other ways to solve the problem.