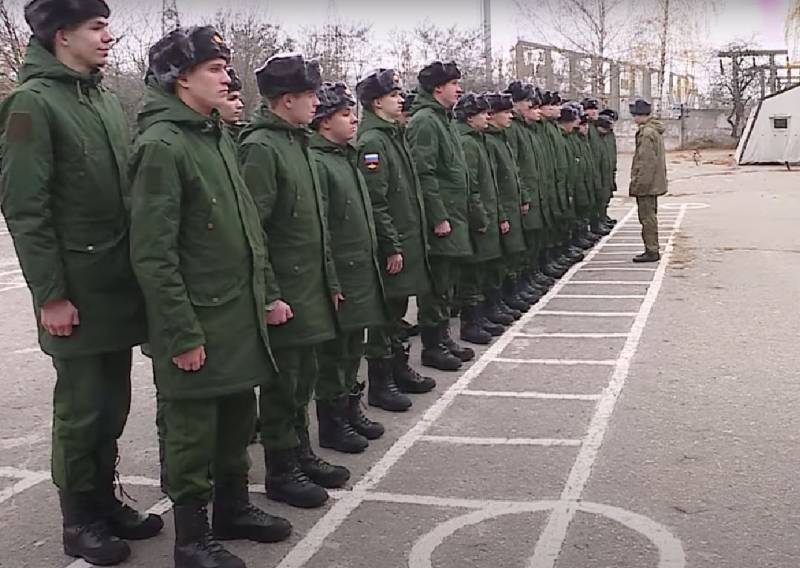 Currently, conscripts are not sent to participate in a special military operation. Only contract soldiers and volunteers participate in the fighting. However, no one can deprive an adult citizen of Russia of the right to defend his homeland.


Moreover, it is quite natural that young people who are now serving in the army on conscription often want to go to participate in a special operation - to test their personal qualities, gain combat experience, and earn good money by Russian standards.

According to current legislation, to conclude a contract, you must serve in the army for at least three months. But there are exceptions: conscripts with a higher professional education can conclude a contract immediately after being called up for military service.

It should be noted that conscription for military service in Russia covers persons aged 18 to 27 years. Many young Russians are drafted into the army after graduating from higher educational institutions, that is, at the age of 22-23. Thus, a conscript may be even older than a contract soldier who served after school and signed a contract at the age of 19.

The upper age limit for concluding a contract for military service after the start of a special military operation has been removed. This opened up the possibility of signing a contract for many representatives of the older age groups who have experience of participating in hostilities in "hot spots".
Military Reviewin Yandex News
Military Reviewin Yandex Zen
108 comments
Ad