Russia can increase 1,2 to millions of square kilometers

November 9, 2012
135
The fact that the territory of Russia may well grow, has recently become somehow not customary to say. Any talk about the fact that the Russian Federation claims to one or another part of the territory, water area or shelf, ultimately by interested parties can be reduced to the concept of the next "imperial capture." Moreover, since the Soviet Union disappeared from the world map, the subject is often discussed, according to which Russia should bestow many of its neighbors with generous territorial gifts: Japan - the South Kuriles, Germany - the Kaliningrad region, Finland - the western part of Karelia and further - by the list. 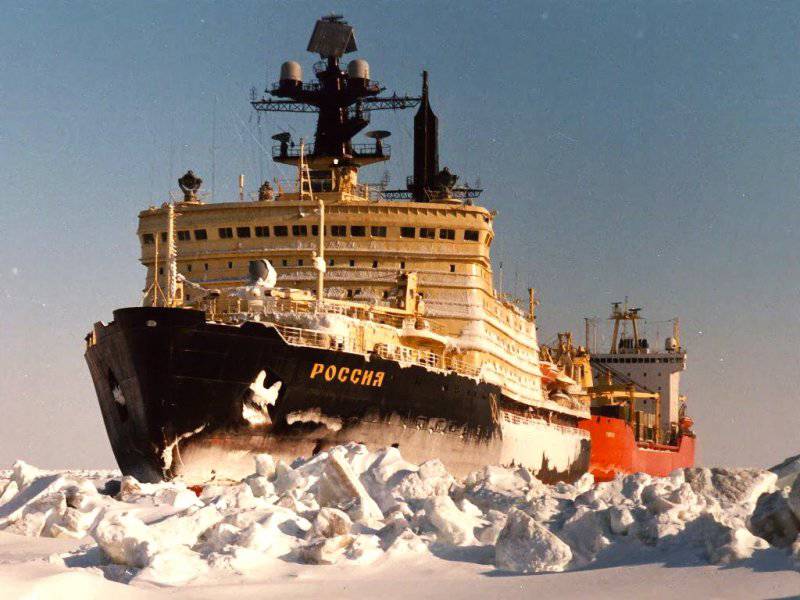 However, all these ideas that are expressed, including by highly respected people in Russia (for example, Alexander Sokurov), are more like strange attempts to justify something in front of foreign countries for something. At the same time, supporters of these ideas forget about the interests of their own people, who at one time managed to fully embrace those territories that today constitute a country like the Russian Federation.

It is gratifying to acknowledge the fact that Russia not only does not intend to donate its lands, like the fake “Kemu parish” Ivan Vasilyevich the Terrible from the famous Soviet film, but also tries to multiply its territories.

Recently, research of Russian expeditions that (studies) have been conducted for a long time on the territory of the Arctic has been increasingly discussed. During these studies, about 20 thousands of soil samples were taken from the bottom of the Arctic Ocean. Such impressive volumes of mined soil should be the final point in proving the exclusivity of Russia's right to use more than 1 million square kilometers of the Arctic territory, which is full of an incredible amount of natural resources.

The director general of the scientific enterprise Sevmorgeo, Mikhail Shkatov, reports that the Russian delegation will update Russia’s application to the UN for ownership of the continental shelf in the Arctic. It is precisely the Arctic ground that the scientists extracted with the help of the military should, in the near future, serve as a “material evidence” of the fact that the territory of the Russian continental shelf in the Arctic reaches, not less, the North Pole. If United Nations experts do not repair contrived obstacles for the Russian delegation, the Russian sea (offshore) borders in the Arctic can be moved deep into the Arctic Ocean, and Russia will grow 1,2 million square kilometers of underwater territory and sea area.

To address this issue, a special group from Russia left for New York, which should initiate a new stage of work on the consideration of the Russian application. The work itself consists of three stages, the first of which (extraction of soil samples from the ocean floor) has already been completed. Accordingly, such stages as the legal substantiation of new frontiers remain on the basis of the analysis of the obtained bottom soil samples, as well as the international recognition of the expansion of the sea (shelf) borders of Russia in the Arctic.

For obvious reasons, even if the second stage is successful, then with the third stage, everything may not be so straightforward. The fact is that evidence in the form of soil samples from the bottom of the Arctic Ocean is one thing, but the apparent unwillingness of the very world community to recognize Russia's right to new territories (including underwater) is quite another. It is obvious that the UN will do everything to delay the adoption of such an important decision for Russia.

To realize the fact that the world community is not at all eager to recognize Russia’s right for a whole million square kilometers in the Arctic, it suffices to recall the installation of the Russian tricolor at the bottom of the Arctic Ocean by Artur Chilingarov’s expedition in 2007. Then, immediately after the publication of the photographs in which the Russian flag was depicted, showing the belonging of the Arctic shelf of Russia, the West spoke in the most negative colors about this. Lightning critics flew both into Chilingarov himself and toward the Russian president, who allegedly uses almost medieval methods to indicate the borders of the state. Here is a star-striped cloth on the moon, so, you know, not medieval manners, but the Russian flag under the ice of the Arctic is an obvious “imperial whim”.

This episode alone indicates that the “global community” will be clearly negatively disposed towards Russian ambitions.
By the way, you need to keep in mind another version of events. It lies in the fact that the application of the Russian Federation to the possession of the Arctic shelf at the UN can "study" so long that during this time the West may well initiate the adoption of some kind of "Antarctic" version of the "notion" of the Arctic. As is known, Antarctica is a territory that legally does not belong to any state of the world, and at the same time is a global treasure. The West can push the same status in relation to the Arctic. It would seem that the “world community” wants to preserve the ecosystem of the region and not give a hand to the innumerable wealth of world corporations, and therefore Russia should take these ideas as a basis. But on closer examination, there is no environmental concern on the part of the West here. The same United States would have long used the resources of Antarctica if they could be easily reached ...

It turns out that all these big words of the West about saving the world from an environmental threat is a fiction. What kind of world salvation is there if the United States has not yet ratified the so-called Kyoto Protocol, which obliges countries to reduce or stabilize greenhouse gas emissions into the Earth’s atmosphere? And Canada is so out of this agreement ... So much for the salvation of Mother Nature ...

In this regard, I would like to count on the fact that the Russian delegation will systematically go to the goal and on the world stage will prove the viability of Russia's territorial claims in the Arctic. To retreat is to create a very negative precedent.