The Russian Investigative Committee will open a criminal case against the actor Smolyaninov, who fled to Latvia, who declared his readiness to fight against Russia 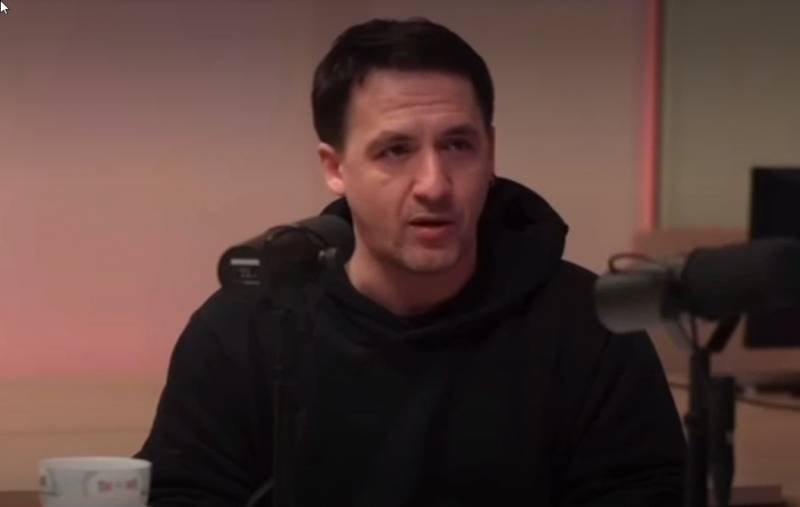 The fact that a criminal case will be initiated against the Russian film actor Artur Smolyaninov was reported in the press service of the Investigative Committee of Russia on Monday morning.

Chairman of the Investigative Committee of the Russian Federation Alexander Bastrykin instructed to open a criminal case against actor Artur Smolyaninov
- the press service of the RF IC says.

The reason for bringing Smolyaninov to criminal responsibility was his anti-Russian statements in an interview with one of the Western media. Trying to express his hatred for the country as concretely and clearly as possible, Smolyaninov did not skimp on epithets at all. In his statement, he said more than once that he “doesn’t care in what form Russia will remain” and if he had to take part in hostilities, he would certainly be on the side of Ukraine.

To be honest, I don't care what shape Russia will be in. I mean purely geographically. It will fall apart, it will not fall apart, it will turn into the Ural Republic, into the Khakass Republic, or only the JAO will remain, and everything else will turn into radioactive ashes. I don't care so much. The only thing I understand is that the country is the people. It doesn't matter what the boundaries are. The attitude towards us as Russians, and in what geographical limits it will be, does not matter at all. The question is will we survive as a people
- Arthur Smolyaninov said.

This is not the first time Smolyaninov has demonstrated his extremely negative attitude towards Russia as a whole. Let me remind you that in October last year, Smolyaninov was already fined by the Gagarin Court of Moscow for discrediting the SVO in Ukraine and the Armed Forces of the Russian Federation. Apparently, a meager fine of 30 thousand rubles only strengthened the actor's confidence in impunity.

The statements made by Smolyaninov received a wide response in Russian society. Military correspondent Alexander Sladkov is sure that it is high time to get rid of the "protest bohemia", which, among "some renegades", only prevents quite talented and patriotic people from showing themselves.

Yes, and "sleeping" would do. The whole struggle with the West is just beginning, we still have many victories and worries ahead of us. "Sleepers" will always play, they will always wake up at the most inopportune moment. Smolyaninov is a good actor, but not ours. We need ours.
- Alexander Sladkov wrote in his Telegram channel.

After the start of the NWO, the former star of the film "9th Company", did not think for long where to run. Now Smolyaninov was sheltered by Latvia. His face, still not worn on the canals, fully reinforces the anti-Russian Western policy. As for the career of an artist, everything is rather vague here, because the fate of a person who demonstratively spitting on his homeland is not at all enviable at any time.