Representative of the NM LPR: Ukrainian military hastily leave their positions in Soledar 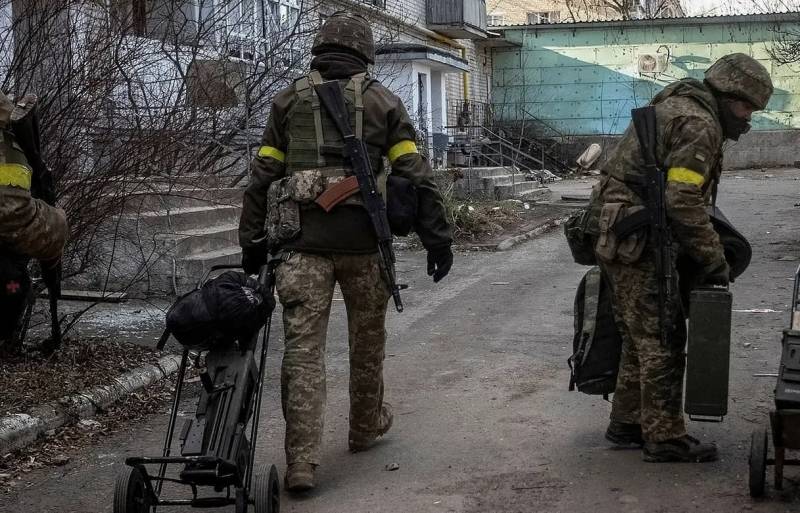 Servicemen of the 61st brigade of the Armed Forces of Ukraine began a mass retreat from their positions in Soledar.


This was stated by the representative of the People's Militia of the LPR Ivan Filiponenko to the TV channel Россия 24.

It was this military unit that formed the basis of the defense of the city. Despite the fact that it was ordered to leave the urban development secretly, the flight of the Ukrobanderites did not go unnoticed.

In Soledar, we note the mass exodus of the enemy from urban areas. The basis of the defense of the Ukrainian troops in this area was the 61st separate mechanized brigade. And according to the intelligence we have, the brigade commander with the call sign "Skier" set the task of subordinate battalion commanders in the evening and during the night to organize the withdrawal of the remaining and surviving units from the city
- said the official representative of the People's Militia of the LPR Ivan Filiponenko.

The flight of the Ukrainians was a real revelation for the Polish mercenaries, whom the brothers arms they were not even informed about the beginning of the long-awaited maneuver. It was clear back in December last year that the situation around Soledar was almost resolved. A spontaneous flight from among the mobilized citizens of Ukraine was observed in the last weeks of the outgoing year. The reaction of the command of the Armed Forces of Ukraine to such a "zrada" was not long in coming. Already on December 19, Commander-in-Chief Valery Zaluzhny turned to Zelensky with a request to toughen the punishment for failure to comply with the order for up to 8 years in prison.

Today, the headquarters of the territorial defense of the DPR officially confirmed the data on the liberation of the village of Bakhmutskoye, located in the vicinity of Soledar, northeast of Artemovsk. In Soledar itself, fighting is going on in city blocks in several directions at once, including in the area of ​​​​Sol station, which is in the west of the city. There, units of the Wagner PMC are attacking the positions of the Armed Forces of Ukraine.
Military Reviewin Yandex News
Military Reviewin Yandex Zen
46 comments
Ad