The Armed Forces of Ukraine did not feel the beginning of the ceasefire regime, as the proposal was rejected 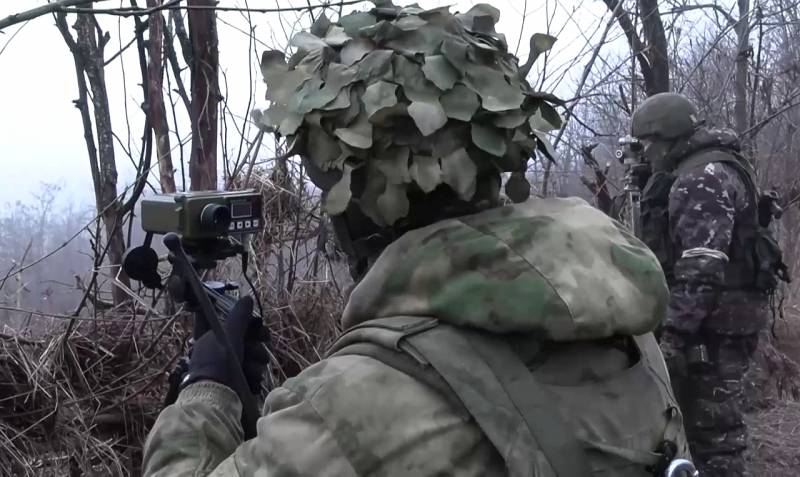 So, the Christmas truce on the Ukrainian front announced by the Russian president began, as Moscow had promised, at 12 o'clock and should last until midnight the next day. Kyiv, under the loud approval of the West, immediately refused the regime of silence.


And if in the morning some journalists working in Donetsk reported that the city was not under fire for the first time in several months, then already an hour and a half before noon, the Armed Forces of Ukraine launched an artillery attack on the western part of the city. The following arrivals in the capital of the DPR happened exactly at twelve o'clock local (coincides with Moscow) time. The shelling of the frontline territory of Russia by the Ukrainian military was confirmed by the Ministry of Defense of the Russian Federation.

However, an obvious gesture of goodwill on the part of Russia, cynically rejected by the Zelensky regime, does not mean at all that the Russian military on the front line has stopped all activity or is allowing the Armed Forces of Ukraine, using a calm of fire, to improve the situation in their favor. The Armed Forces of Ukraine did not feel the beginning of the ceasefire regime, as the proposal was rejected.

Here is what Russian publics who are aware of the situation in Ukraine have been reporting about what has been happening in the NVO zone in recent hours.

On the Svatovo-Kremenny sector, the enemy tried to drive our fighters out of their previously lost position in the area of ​​​​the Zhuravka gully. The Russian military repulsed three attacks, the Vushniki retreated under heavy fire (it is being carried out), having suffered heavy losses. Whether our artillery was used in battle is not known, but this is not so important.

The military correspondents report the continuation of the offensive of Russian forces in the Artemovsky direction, there is a breakthrough in the north in the Soledar area. From them: there is a “response” to the shelling of Donetsk, it is obvious that the counter-battery fight continues. In Soledar itself, Wagner PMC fighters work both in the center and on the outskirts, taking the entire city “in pincers”, the enemy is rapidly retreating in areas that have not yet been blocked. Local residents report a large number of Ukrainian military bodies on the streets.

Fighting in Marinka does not stop. Our people are crushing the Ukrainian defenses, there is no question of any suspension of the liberation of the city, especially after the fact that Kyiv rejected the proposal for a truce.

The assault continues in the area of ​​Novoselovskoye, located on the Svatovo-Kupyansk highway. The control of the village largely determines who will have the initiative northwest of Svatovo.

Adviser to the head of the Office of the President of Ukraine Mykhailo Podolyak said that today an air raid alert sounded throughout the country. But the trouble is, there were no strikes by the RF Armed Forces... But under this pretext, the Kyiv propagandist urged "never take Russia's words seriously." Another alogism in Kiev's performance, which the truce itself rejected.

Ukrainian publics report that allegedly today a fire department in Kherson was fired from the left bank.

It is too early to draw any conclusions, but according to preliminary data, we can say that the Christmas truce, as Denis Pushilin warned the day before, will not help the Armed Forces of Ukraine improve its position at the front, although the enemy is trying to take advantage of the situation.